Building on our most valuable asset – the people who form and carry IOGT – we are best positioned to offer the heart-driven, innovative and comprehensive sets of solutions needed to solve some the world’s biggest challenges.

Our people are community leaders who are experts in their fields. However, what’s extraordinary about each of them is not that they are experts, or that they are leaders. What’s remarkable about them is that they stand up for what is right.

They love to cooperate with others and to empower everyone around them. They enjoy when people around them shine. They don’t seek credit and gratification for their work, they only need to see change happening.

And they strive to make transformative change happen. Passionately. And they work from the wisdom that TOGETHER means more, that the COMMUNITY is wisest – as the proverb goes: “We are all in this together.” Our people embrace the fact that the biggest resource we have is to join hands and collaborate with all those people and organizations who also strive to make the world a little better, every day.

Becky joined IOGT International in 2009, when she started to get involved in her local organization in IOGT Poland. Becky used to work for IOGT Poland and helped build up the organization after years of inactivity. Today it’s a thriving movement that helps children and youth in one of the EU’s poorest urban areas.

Becky is a creative soul and has written and is recording a brand new song for and about IOGT, our new anthem. 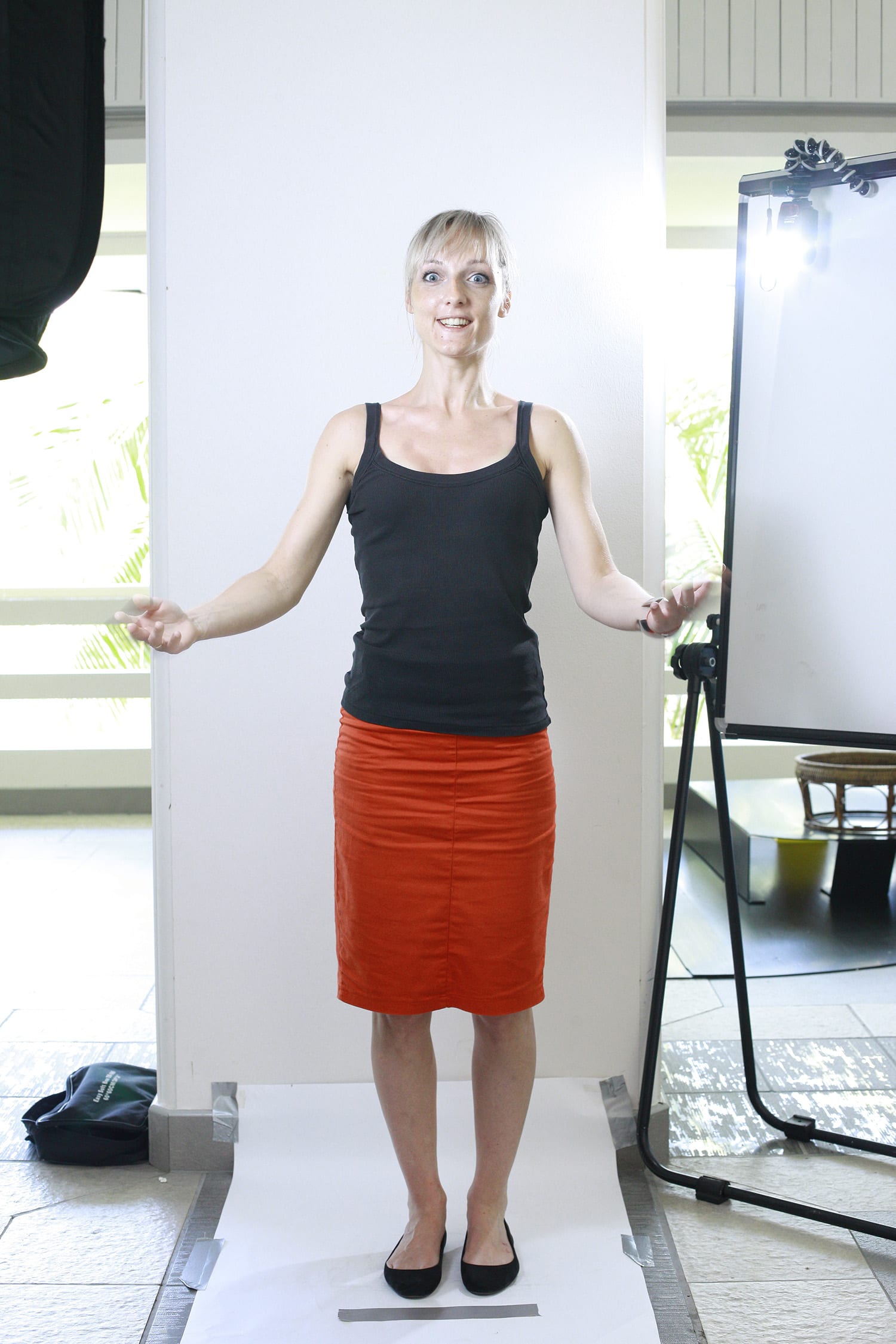 If I would say that IOGT is an organisation that prevents and reduces harm caused by alcohol and other drugs that would be just a very small part of the truth… That is because for me IOGT isn’t just an organisation: it means friendships, ideas, actions, moments and all of that makes me realize how wonderful and powerful life can be. It makes you think how important is to live life fully, conciously, truely, and with mind and heart wide open.

In IOGT, I’ve learned that if we want to do something good, every individual counts, that every single change we do is a part of something much bigger – it makes a difference.

It doesn’t matter who you are, how old are you, what your nationality is, what name you call God – the only way to multiply the good, is by sharing it with others. This is the thing that always matters.

David joined IOGT International with his organization Hope And Beyond in 2014. He is an expert in rehabilitation and social work and provides much needed services to people in Uganda. David also pursues his PhD at Gent University. 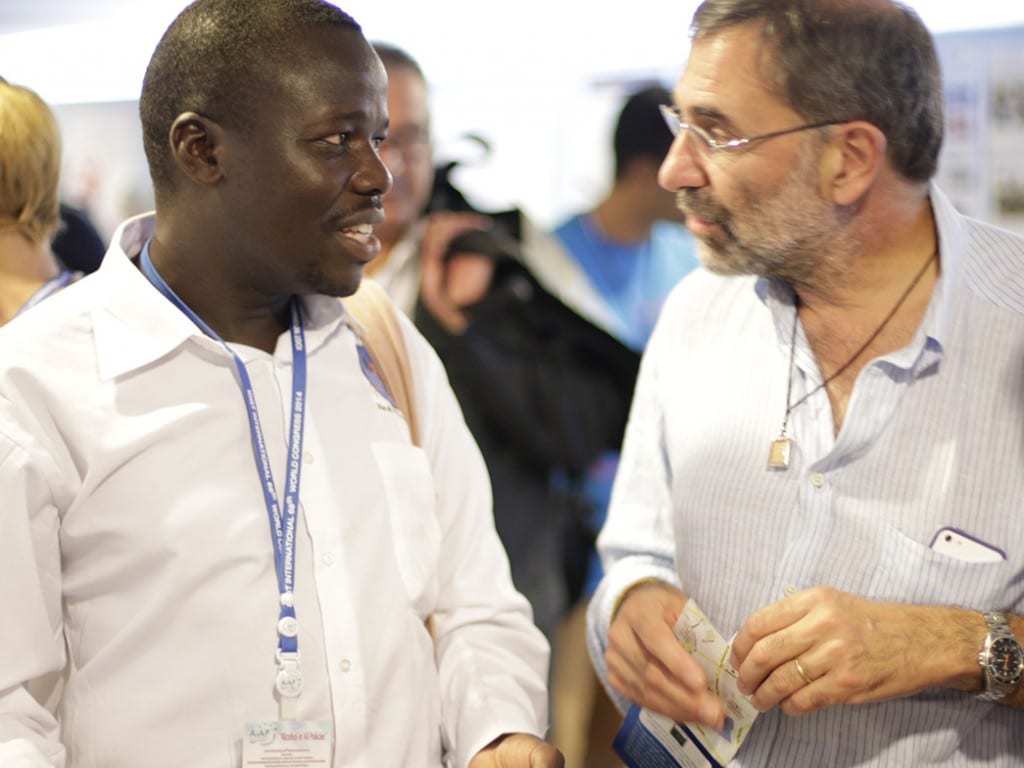 To me, IOGT is exceptional people-organisation whose impact is strongly felt in her areas of operation. I feel honored to associate with an institution of a remarkable legacy in promoting human dignity with due respect to the the life giving traditions and cultures of its wide membership. Owing to the support from IOGT, my career as a substance abuse rehabilitation practitioner, policy advocate and researcher and has been enhanced.

I have been privileged to participate in some of IOGT’s life changing programs at various levels. Through these activities, I have encountered amazing people and inspiring ideas. By giving me opportunities to shine from local to the international platforms, IOGT has helped me to nurture my vision and realize my dream of helping people out of their addictive illness.

Ulrike joined IOGT as a youth member in Germany, 16 years of age.

Ulrike was one of the founding members of FORUT in Germany – the organization of the German IOGT that conducts development and peace work. 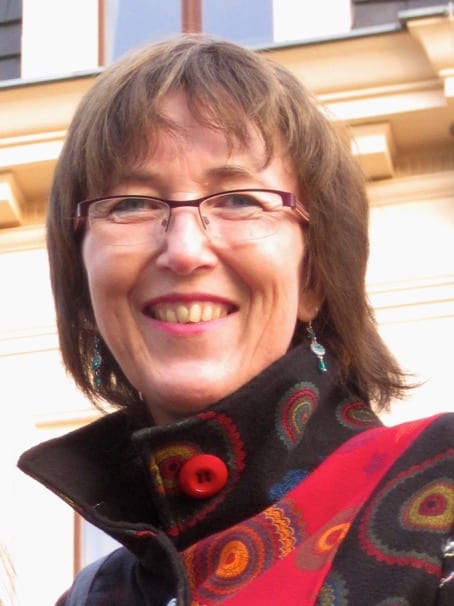 The German IOGT branch has a special focus on rehabilitation work and that was also the reason my parents got involved in IOGT before I did. I know from own family experiences what alcohol does with people and everyone around them and how difficult it is for everyone to quit and heal.

Through IOGT I’ve learned that there is more to this topic, more than just a personal dimension. Alcohol as an obstacle to development, as a risk factor for violence and cause of poverty – which are more important reasons than all personal experiences to make a statement for life set free from alcohol and all other drugs, by supporting IOGT International.

Through IOGT I did not only gain enormous knowledge about alcohol and other drugs in general, but made friends everywhere in the world. I travelled a lot in Europe, but could attend events in Asia and Africa as well. I was invited into other members homes and lives and had the world as guest at home with me. I learned that some people are more fortunate than others by being born into a richer and safer world, but that this fact does not make people worse or better. I have the best memories of hospitality in Gambia and Sri Lanka, where people de facto had not much to share than all their friendliness and warmth!

IOGT sees every person equal and has taught me by those personal encounters that we live in “One World.” My engagement for Development and Youth Work within the organization was a natural result and is important and real peace work. Today I look back at 35 years of membership and dear friends all over the world. Through IOGT my life is colourful. 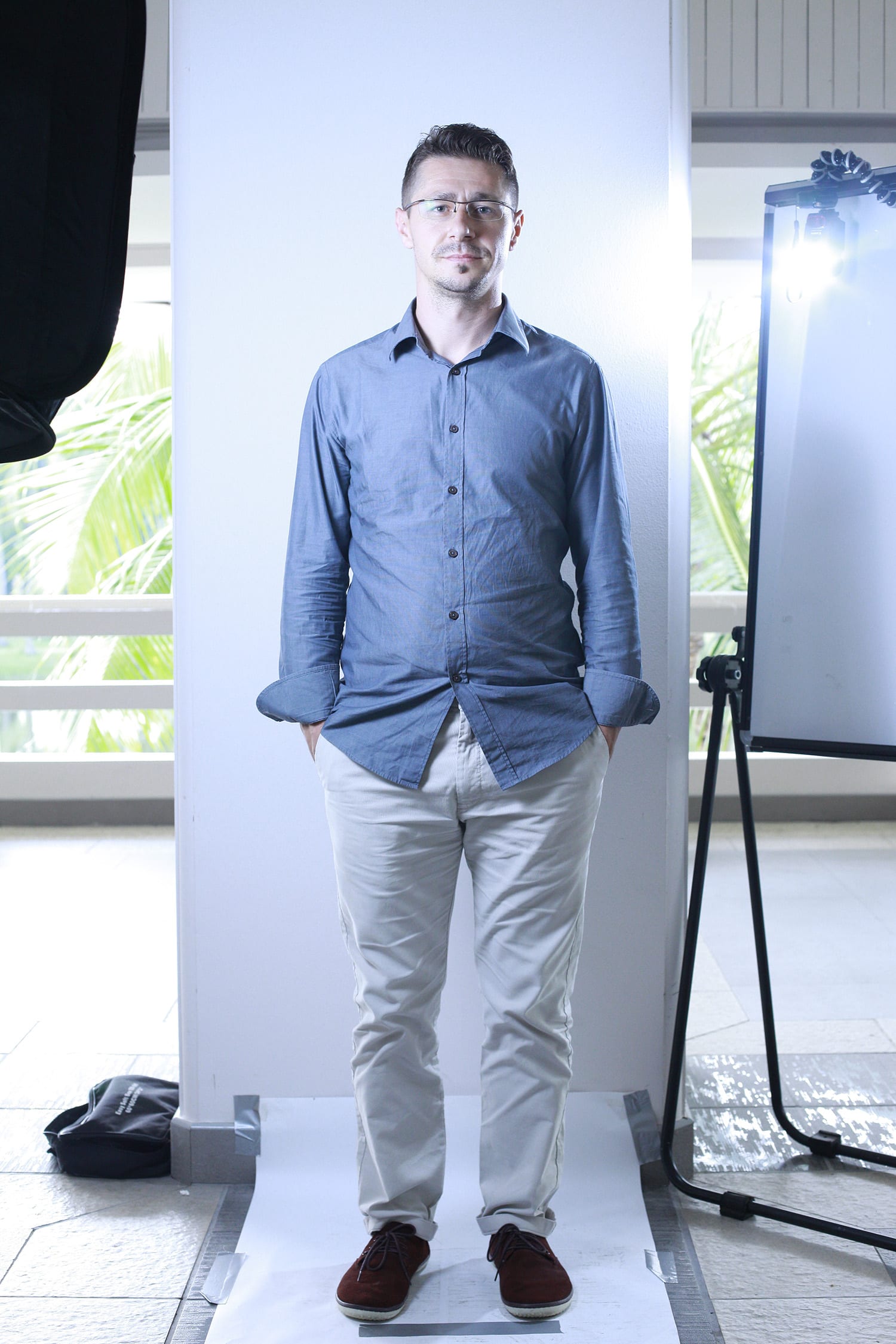 Nedim joined IOGT International in 2010, when his local organization CEM, the Centre for Youth Education, from Bosnia and Herzegovina became member of our global movement. Nedim just became dad for the second time. He works as Program manager in CEM and is dedicated to creating and implementing high-quality projects and campaigns for young people in Bosnia.

IOGT for me means global strength. It means that we can have impact together, and have power as citizens on local, national and global level – something that is really needed in the world in which we live today.

IOGT has changed my life and coloured it with new friendships – beyond borders, new values and beliefs. 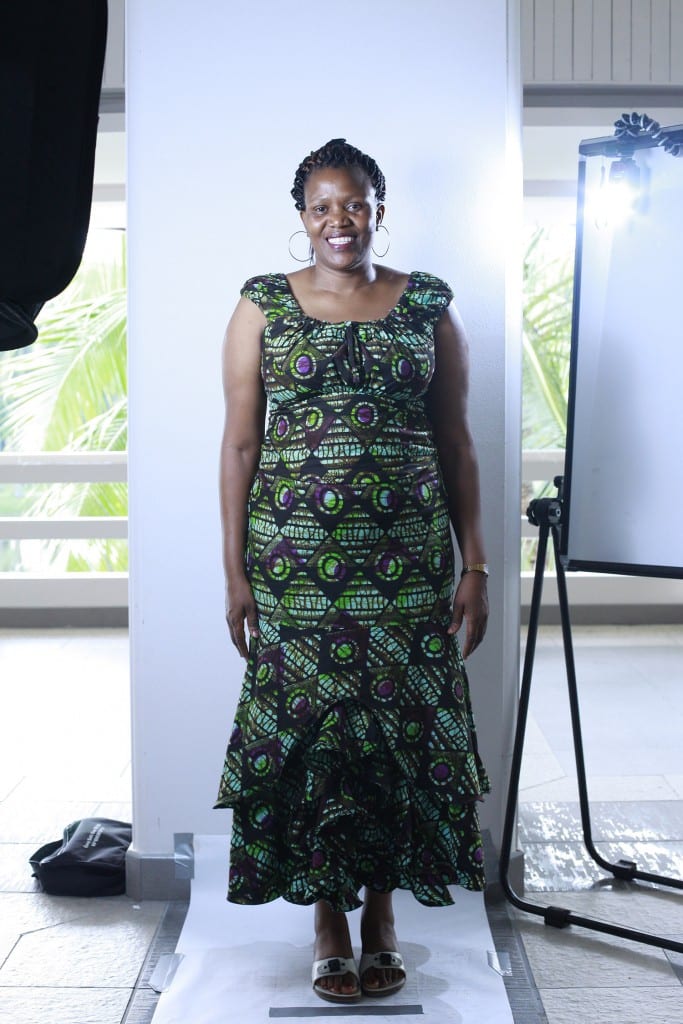 Faith and 10 more friends started Women and Child Vision (WOCHIVI) in 1999 to help women who got HIV-infected from their husbands. Working to protect the stigmatised and excluded women in Arusha, Tanzania, Faith realised a pattern: all too often alcohol – especially informal brewing – was the underlying reason for rape, HIV/AIDs and other health and development issues women were suffering from.

WOCHIVI is working with micro loans since 2006, in order to help women give up informal alcohol production and start a more wholesome, healthy and sustainable business.

In 2014 WOCHIVI has managed to further reduce the number of alcohol selling points in Arusha from 137 to 99 concerning both industrial alcohol selling and locally made alcohol. Women who were selling illicit brew have changed from that business to legal alternatives.

WOCHIVI’s vision is to ensure that we have healthy communities in Tanzania, where people live without fear of being infected by diseases like HIV/AIDS and free from poverty caused by alcohol and other drugs.

IOGT has helped us in WOCHIVI to reach its goals. For me, IOGT means A RAY OF HOPE. I’m helping women quit selling illicit brew and start healthy businesses – and that’s a magnificent difference IOGT has made into my life.

Dag joined IOGT in 1967, when he became member of the Norwegian IOGT youth organisation. Ever since then, Dag has been a heart-driven activist for the rights and well being of the most vulnerable in Norway and around the world. For example, he was the President of the International Good Templar Youth Federation (IGTYF) between 1982 and 1990. He was one of the masterminds of merging IOGT and IGTYF in 1990, which strengthened the global IOGT movement.

Another example of Dag’s innovative, out-of-the-box thinking is the work that the IOGT movement started doing in Sri Lanka, which today has blossomed into ADIC. Dag put forward the proposal and initiated the work together with Norwegian and Swedish colleagues in the 1970s. 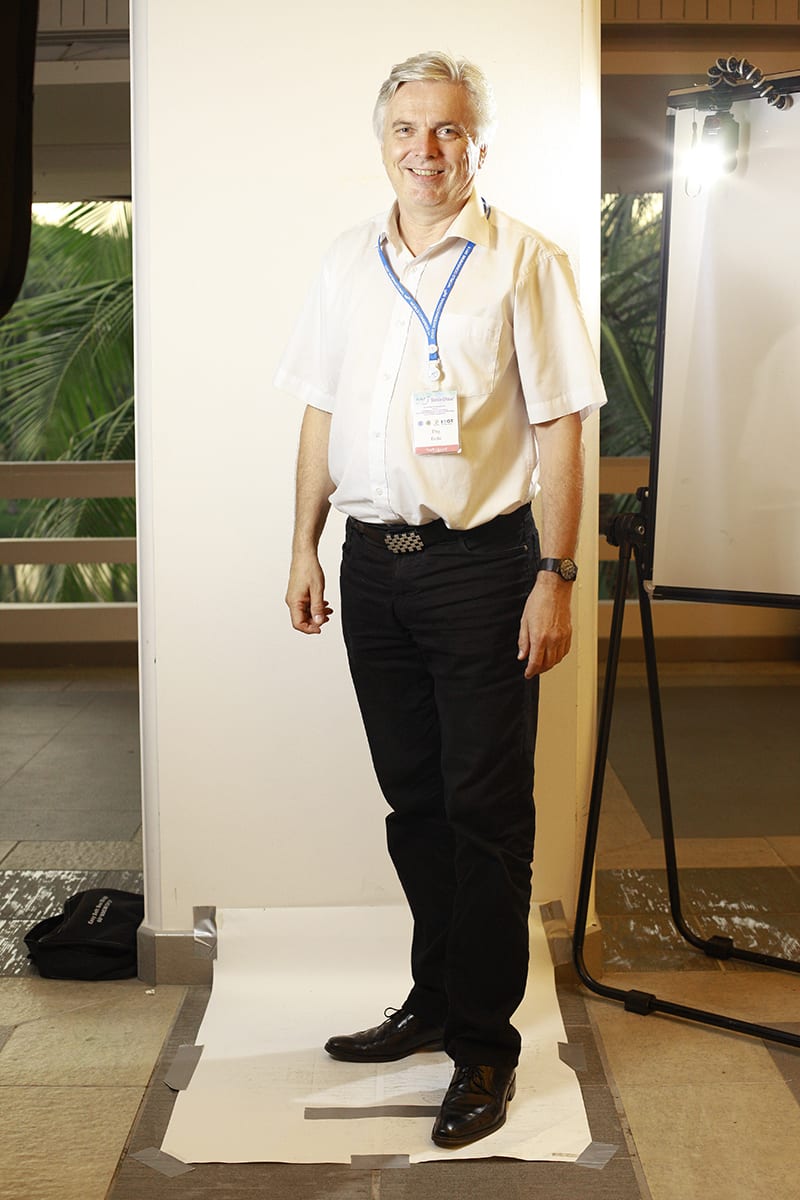 It may sound as an over-statement, but still it is the plain truth: My whole life has been shaped by the fact that I joined the IOGT movement as a youth activist in my home town when I was 14 years old. Already from the very first moment, I was given plenty of opportunities to work systematically with issues which were important to me: peace, international solidarity, equality, justice, and also a way life free from alcohol and other drugs.

I was also given the opportunity to work not in isolation, but in concert with many people whom I have later had the privilege of meeting in person. I still remember today the very moment when I realized that people all over the world were concerned with and working with the same issues as me, and that we were part of the same team. That feeling is still strong in me.

Some may say it is a sad story, others may applaud it, but another fact is that I never completed any higher education due to voluntary and also professional youth work in IOGT. This global movement of dedicated people has in other words been my training institute, my international university, a life-long school with exams many days a week. NGO work is rewarding, and also very addictive!

Rogers started first working with IOGT in 1994. He is one of our members who never, ever get tired in their work to make the world a better place for our children. His efforts don’t stop at local or national borders – his efforts are global. In Uganda, where Rogers is the  Executive Director of the Uganda Youth Development Link (UYDEL), he works passionately for the protection of children and youth. In East Africa, Rogers is the local expert advisor to UNODC. 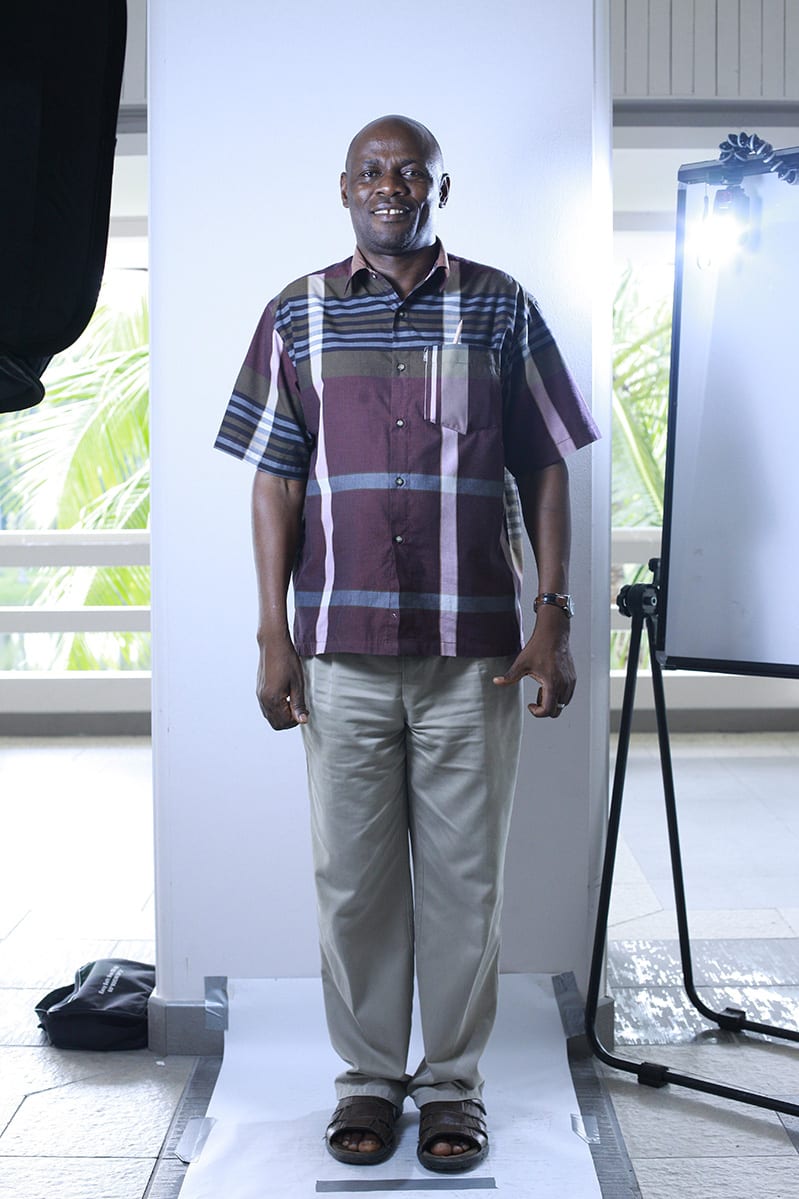 IOGT means a well-intentioned organization aiming to see happiness among all people of all walks of life. It sees, studies and critically analyses what can make human beings better people and offers solutions which enhance personal growth and that of entire communities.

IOGT introduced me to a deeper understanding of alcohol and other drugs issues and how human society is being devastated by this silent killer. It enabled me to open my eyes to the predicament of street children, what they go through in many places around the world, the myriad of problems and dangers and why effective interventions and best-practices needed to be shared globally to better support and protect them.

The first lessons, interventions were created by IGOT working with WHO on substance abuse and street children in early 1994. Since, then I have been mentored by my colleagues and friends in IOGT in our pioneering work at the UYDEL to rehabilitate slum and street children

Our programmes have grown and expanded and we have been able to reach and rehabilitate many young people affected by alcohol, other drugs and HIV in Uganda. The UNODC has recognized our work with an Award in 1999. We have made a significant impact on alcohol policy discourse largely thanks to the support of IOGT.

I am indeed grateful on behalf of the young people to the IOGT family.

They don’t keep silent in the face of injustice, they are Human Rights defenders.

They lead by example: when others are tired, they give a little more; when things get tough, they work a little harder; when challenges seem impossible to overcome, they generate more passion.