From Ulan Bator about how we move towards Life Set Free in Mongolia, with the help of evidence-based alcohol policy measures…

Together with Mongolian Public Health Professionals Association, MPHPA, we were conducting a workshop on Effective Strategies to Address Alcohol, Tobacco and other Drug issues where Pubudu Sumanasekara, Executive Director of ADIC Sri Lanka was the key lecturer.

This was the third workshop since the start of our cooperation with Mongolia in 2008. The core part of the workshop included: Setting objectives for effective drug prevention interventions, examples for different approaches, planning of comprehensive interventions, prevention, treatment and aftercare, modern treatment approaches for alcohol addiction (community level and in clinic level), total population approach to maximize the results and the way forward.

We also informed about the IOGT International work, globally and in the region, working areas and methods. Last but not least we had a comprehensive presentation of Big Alcohol and their social aspects group. As far as I could understand of the comments the last days, the participants from the civil society and relevant agencies were happy with what they had learned, discussed and been challenged to form a national NGO coalition to monitor the upcoming decisions of the newly elected parliament. 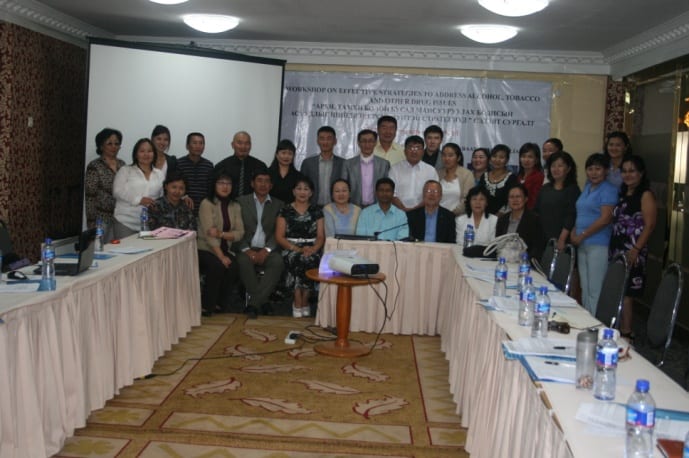 Last time I was in Mongolia, August 2008, during the Beijing Olympics, the heads of state and government were celebrating a gold medal by binge drinking in public (shown on television). The President at that time, Nambaryn Enkhbayar, was not re-elected a second term in 2009 (and was arrested for corruption April 2012). The incumbent president, Tsakhiagiin Elbegdorj, is representing the Democratic Party, (majority party in the Parliament since June elections 2012). 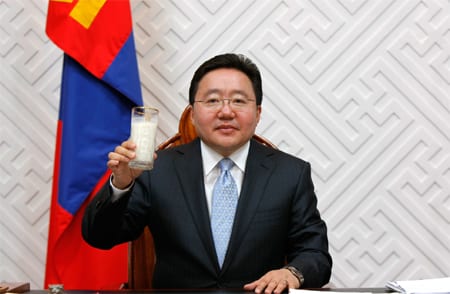 President on New Year’s Eve: “I wish a healthy, happy and auspicious year to my people.”

The president also appointed a group, Alcohol Prevention Policy Initiative inside of the Human Rights and Public Participation Group, headed by Policy Advisor Mrs. Sosormaa Chuluunbaatar. One of their tasks is to work for an Alcohol-free Mongolia. In this work, they are now in the process of drafting a new alcohol law, working on improvement of the alcohol policy and proposing a national program to reach the President’s goal. The MPHPA had arranged a meeting with Mrs. Sosormaa where we were briefed about the overall situation, but also of the challenges her working group faced in the Parliament, with members involved in both tobacco and alcohol production/distribution.

We met with the Country Representative, Dr. Wiwat Rojanapithayakorn, and were briefed of the tobacco, alcohol and HIV situation in Mongolia.

I had two meeting with the Ministry of Health, MoH. The first with Khun Tsevegemid, Deputy Director, Department of Public Health, Health Department Government Implementing Agency. Today they have the role of distributing the funds from the tobacco, alcohol and other drugs excise taxation. They welcomed more involvement by the civil society, but as with WHO, they stressed the importance of good evidence and scientific approach. To meet the last requirement, we discussed a seminar where the civil society could learn how to monitor and assess the burden of alcohol in their working environment.

Let me at last thank everybody involved in this monitoring tour in Mongolia. All the staff and board members of MPHPA, Bolormaa, Tsevelmaa, Yanjinbadam, Byambasuren, Baljinnyam and Mashbadrakh. Mr Pubudu Sumanasekara from Adic and his interpreter. And of course the husbands, brothers and children of some key staff that made it possible to run the workshop and support the foreigners.