by Maik Dünnbier Posted on December 20, 2012 in
Policy, Sustainable Development

On International Human Solidarity Day we praise unity in diversity and we challenge governments to harness the power of their people and to live up to their commitments in international agreements, for example in FTAs and the TPP…

People around the world and the global community celebrate it for the 7th time after the United Nations General Assembly, on 22 December 2005, by resolution 60/209 identified solidarity as one of the fundamental and universal values that should underlie relations between peoples in the Twenty-first century, and in that regard decided to proclaim 20 December of each year International Human Solidarity Day. 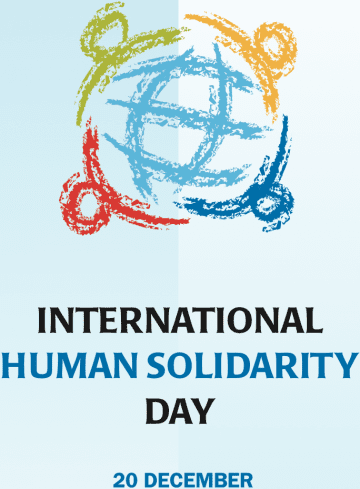 I think that it is a beautiful idea and a strong statement that all member countries of the United Nations were able to agree on a commitment that solidarity should be an integral building stone in international relations.

We in IOGT International have from the very beginning – more than 160 years ago – heralded the importance of solidarity, stood up for the virtue of solidarity even against great opposition and have promoted solidarity wherever and whenever possible. And so it feels to me that today is an important day to take a look at international relations and hold governments and key international actors accountable for their commitment to UN resolution 60/209.

I have been reading and thinking a lot about this seemingly very technical “resolution 60/209”. What’s it about essentially and how does it relate to the values and philosophy of IOGT International?

One aspect became clear to me immediately: On International Human Solidarity Day we celebrate human diversity and the culture of solidarity  – beyond ethnic, cultural, religious, political, and socio-economic differences. We celebrate diversity because we know that it enriches us, as individuals and as organisation beyond borders and continents. We know and cherish this spirit of solidarity because it unites humans in diversity. I think this is one important aspect that makes so many IOGT members work so devotedly and heart-driven for a better, freer world, for all. 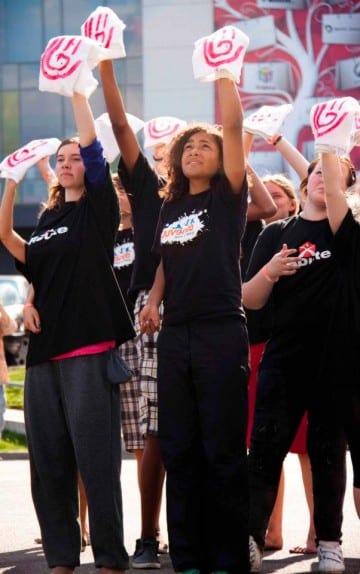 #HeartDriven for Human Rights for all

Another aspect of the Human Solidarity Day and governments’ commitment to it is a political one: In our work we see that governments and key actors from the high-income parts of the world tend to disrespect solidarity, when it comes down to negotiations about trade agreements with third parties from low-income countries.

This is absurd because actors like the European Union or the United States willingly abuse their position: low-income countries like Thailand need access to the markets of Europe and America to be able to create more jobs at home and that leaves them vulnerable to pressure from the EU, for instance, to agree to terms and conditions that favour only one party, the rich one.

I think it is worthwhile to take a look at a thought from Secretary-General of the UN Ban Ki-moon, who said that ”Solidarity is identified in the Millennium Declaration as one of the fundamental values of international relations in the 21st Century, wherein those who either suffer or benefit least deserve help from those who benefit most.”

But to the contrary of this pledge and commitment we, our members and the people in countries like Thailand, India and the Asia-Pacific region face incredible situations where both the US and the EU bully, pressure and abuse their power-position and third parts’ dependencies.

The theme of the 2012 International Human Solidarity Day is: “Global Partnership For Building Shared Prosperity“. This theme is perfect, to my mind, for investigating the conduct of the EU and the US in Free Trade Agreement (FTA) negotiations with low-income countries. After all trade should contribute to the prosperity of the people and should be conducted on equal and fair terms.

The European Union has been taken to court for misconduct in the Free Trade Agreement negotiations with India, where it allegedly treated the private sector favourably, instead of equally compared to the civil society sector. Big industries got access to all relevant documents and processes whereas civil society organisations only got restricted access. Thus the EU limited the opportunities for civil society organisations to protect the public interests of the people in the EU and in India.

That this kind of work by civil society is extremely important shows another case: in the Free Trade Agreement negotiations between the Thai government and the European Commission, we can see outrageous breaches of resolution 60/209 and rules of conduct and decency; we also witness a disregard for democracy and the popular will in Thailand on the part of the EU. The European Commission is pressuring the Thai government extremely hard to include alcohol and tobacco into the negotiations, promoting the interests of the big alcohol and tobacco industries based in Europe, but operating world wide. In doing so the EU disregards its own commitments to the Best interest of the child, enshrined in the Convention on the Rights of the Child and it ignores public health and social development needs of Thailand and the Thai people.
The people and civil society organisations in Thailand protest that conduct, but the European Union keeps on ignoring them and keeps on pushing on behalf of Big Alcohol. 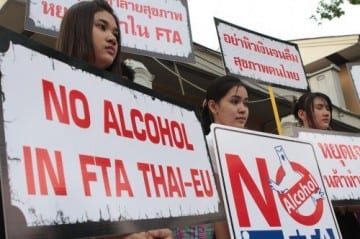 IOGT International members protest against the FTA in Thailand

That democracy and transparency are not the most important virtues becomes evident when looking at the way the United States of America deal with the process of establishing and negotiating Free Trade Agreements through the Trans Pacific Partnership (TPP): it is made harder and harder for civil society to join the process and influence it, and even to retrieve information and insight into the process and the basic idea of the TPP is that it is conducted based on the needs and interests of the US, instead of common interests, let alone instead of in an air of solidarity – strengthening the weaker counter-parts and protecting their development, public health and rise to prosperity.

I think it is important to realise that Human Solidarity is crucial to solving problems in our globalised world, where all humans are more and more closely connected and bound to one another.

I think that Human Solidarity is more than a nice word, with an ancient air, that we reminisce about, but that we also discard because it is “not practical”. I truly believe that Human Solidarity as value and concept contains the blue print for how to make the world a better place – more prosperous, more healthy and much happier.

And so I believe that Human Solidarity can make diplomacy and negotiations work more effectively and deliver better results. If implemented with candour it can for sure deliver more sustainable results. So it is fundamental that we demand that our governments make Human Solidarity a reality in their work and that we hold decision-makers accountable for their conduct, because when they violate the rights and prospects of our fellow humans on the other side of the globe, I believe the really also violate our rights and opportunities to a better life. In this spirit, we in IOGT International are making this International Human Solidarity Day are reality every single day, all year long.

A PDF for the Brochure for the day