Today, media is an important part of every one’s life. Media exposure is very high because of technological advancement and globalization. Media has its penetration deep in the minds of the young ones and shapes their perception of the world around them and influences the behavior directly and indirectly.

Keeping this in view the objectives of  Nada India Foundation and DAV school Vasant Kunj initiated a project Pehchaan D.A.V. Radio club to facilitate and offer enabling learning environment so that students can be provided with media education as a consumer and as producer. Pehchaan Radio club is also member of Indian Temperance Youth Federation (ITYF). 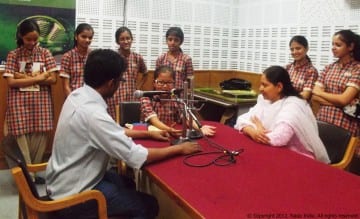 The Pehchaan D.A.V. Radio club is a platform where young students attending group listening to radio and other pre-recorded radio programs. And when they learn to use their own voice, clearly and powerfully, they are motivated to change things around them. ITYF has decided to use the radio clubs as vehicle to reach out to young people in and out of the schools in all the regions of ITYF in India. A training of trainers on Radio club for participating NGOs in the upcoming ITYF General Assembly 2013 will be organized.

Young students who might not have seen a microphone, studio, transmitter, recorder or other technical equipment became scriptwriters, producers and anchors of radio show “The Problem of drug abuse among school children”. 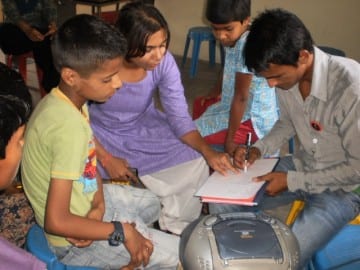 Pehchaan (Meaning “An Identity”) radio club resulted in de-professionalizing professions like radio programming and production. Indian Institute of Mass Communication which runs a community radio from its campus called ‘Apna Radio 96.9 MHz’ helped the students to record a mock link for their better practical understanding of Radio.

In addition the Radio Club has co-founded Knowledge Hubs, where on demand or as per requirement, members can source help or information on issues related to alcohol and other drug prevention, HIV/AIDS, stress etc. The Radio Club has also fostered a street theater group that performs awareness raising productions in various communities. 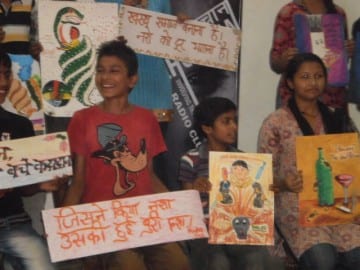 It enabled students to express their own voice through social media like Facebook, blog and radio narrowcasting, as well as the ability to see through what mass media offer. The basic idea is to provide students with an opportunity to develop life skills which will enable them to analyze these forms of modern communication and to help students to make informed choices as consumers of media. 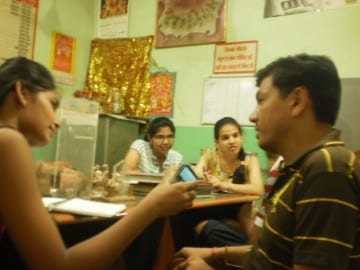 Nada India also organized a series of workshops, painting activities and exchange program with Bal Bhawan radio club on radio production and life skills and a brief visit to “The New Life” De-addiction Centre south Delhi for the young DAV school interns. One of the DAV interns said:

“…. I have never been able to sympathize with addicts and have always thought that they were very weak willed and insecure about them….but now that perception has totally changed! I have understood that mistakes are just an inevitable part of life and those who can rise beyond that are actually the ones worth looking up to…”

Bengal Hooch Tragedy: More Than 150 People Died, 350 Are In Hospital