Not oral as planned but with impressive list of endorsements…

Over the last couple of days you could follow Kristina and myself in our endeavours in New York at the United Nations and the 57th Session of the Commission on the Status of Women – CSW57.

In advance of the session civil society organisations get the opportunity to apply for different opportunities: holding a parallel event, attending government meetings, submitting written statements and even applying for articulating an oral statement during a high-level segment of the CSW57.

Of course we did all that and you could read about our parallel event already.

Here we now want to share with you our (oral) statement. We were not given the opportunity to address the CSW57 but today – as the final sessions are going on right now in NYC and we wait for a common agreement – we want to publish our statement. We are very proud of it because it has already won endorsement of a number of decision-makers from around the world.

Women’s Rights are Human Rights and Gender Equality thus is an issue concerning all humanity.

As the first cycle of Millennium Development Goals soon comes to its end, we clearly see the evidence for the fact that eradicating poverty and fostering societal development only can be done by achieving true gender equality.

IOGT International works from the conviction that true gender equality is a state where women enjoy and actively make Human Rights a reality in their everyday life. This state can only be brought about and be sustained only when alcohol harm is addressed, reduced and prevented.

It is simple really: Seen with the eyes of little girls, of wives and girlfriends, of female co-worker and of ordinary women in the streets of Delhi and Dar Es Salaam, Johannesburg, New York, Berlin, Moscow, Rio or Sydney, seen with the eyes of all these millions of women and girls, the world has an alcohol problem.

This problem is best addressed by measures that are cost-effective and have evidently high-impact: banning alcohol marketing, restricting the affordability and the availability of alcohol and supporting alcohol free environments.

At the same time those measures, like increasing the number of alcohol free environments, banning alcohol marketing and decreasing the number of outlets where alcohol is available will contribute to changing a culture that encourages the sexualization and objectification of women. Today alcohol culture permits and excuses abuse of girls and women.

In a society where Human Rights thrive and where all citizens, no matter the gender, enjoy the same freedoms and opportunities, in such a society women are set free from the burden of alcohol harm. 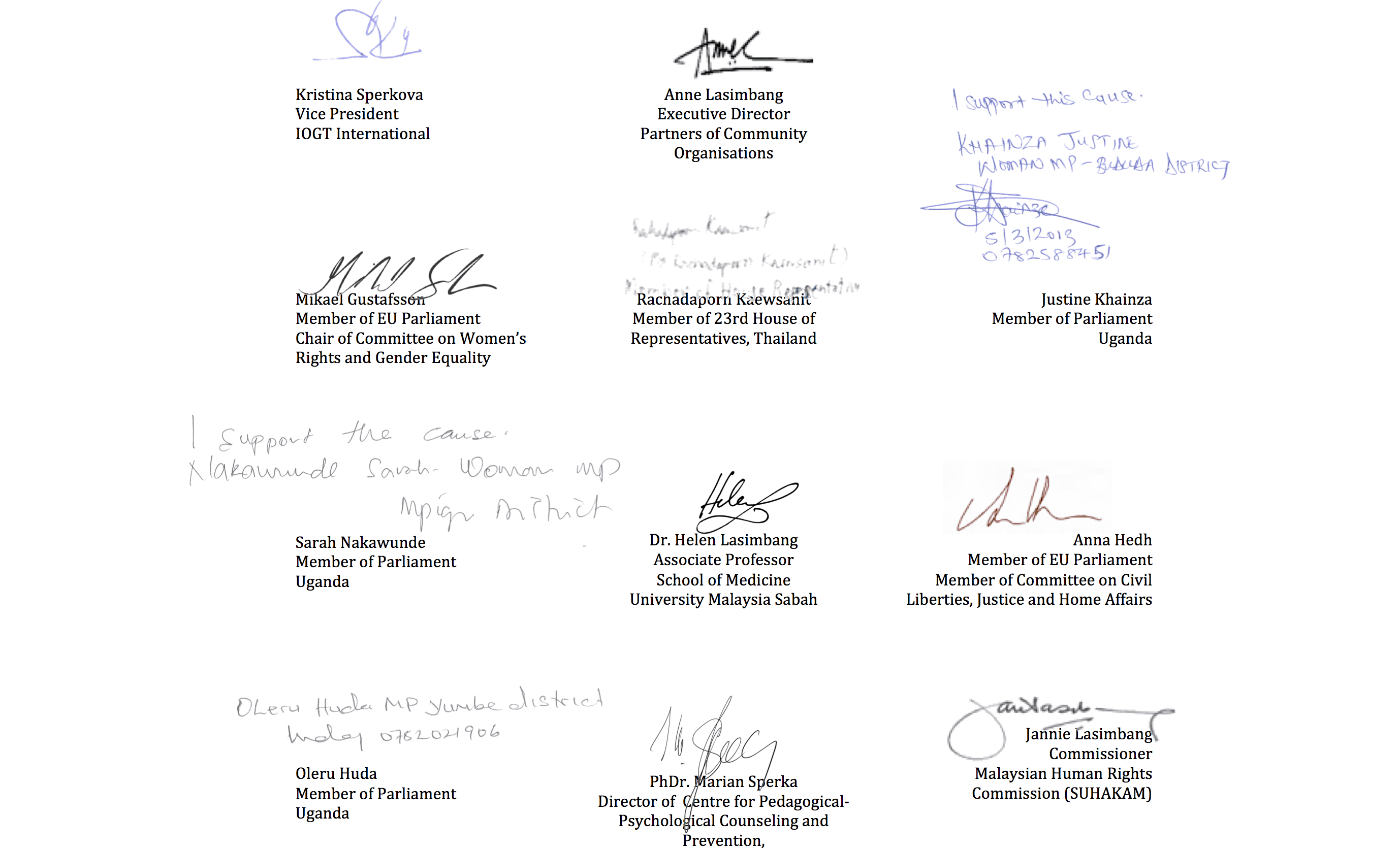 It would have been fun to be able to present this statement to the CSW57 and the assembled governments and discuss reactions. But we are happy anyway about the support and encouragement that we’ve received from decision-makers around the world for the measures we highlight in the fight for eliminating violence against women and girls.

Now all we can do is hope for a good outcome and a final agreement today.

Our Written Statement at CSW59