Our Contribution To WHO 3rd Round Informal Consultations On NCDs

A week ago we submitted our latest contribution to the on-going process of drafting a Global Action Plan (GAP) by the World Health Organization (WHO) to prevent and control Non-coomunicable diseases.

The alcohol industry is lobbying very hard, mounting huge pressure right now to eliminate any of the so called “Best Buys” to reduce alcohol use. 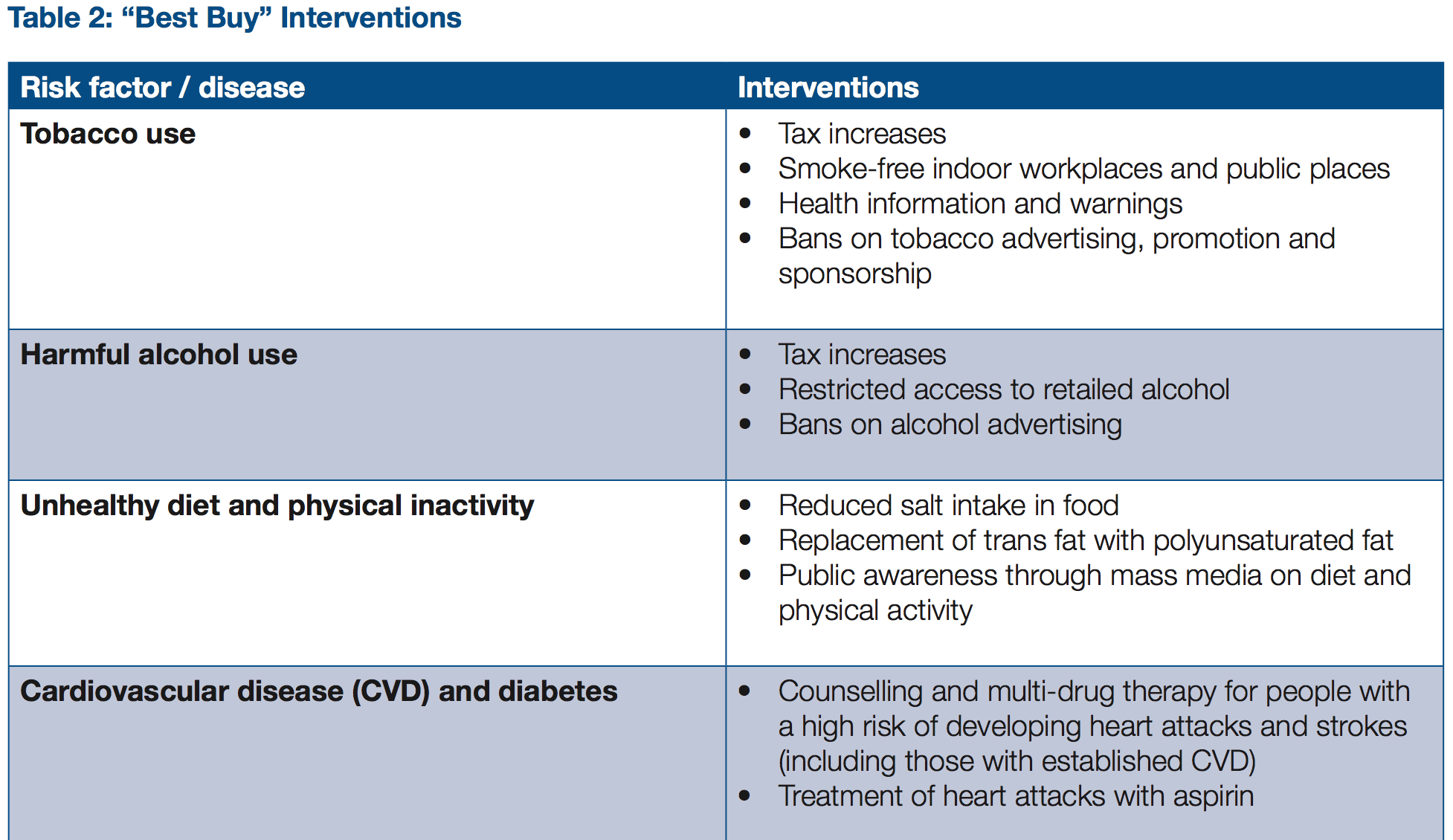 Alcohol is a major risk factor for NCDs and evidence from around the world shows that increasing the price, reducing the availability and banning alcohol marketing are cost-effective and high-impact measures to reduce and prevent a large number of alcohol-related NCDs. 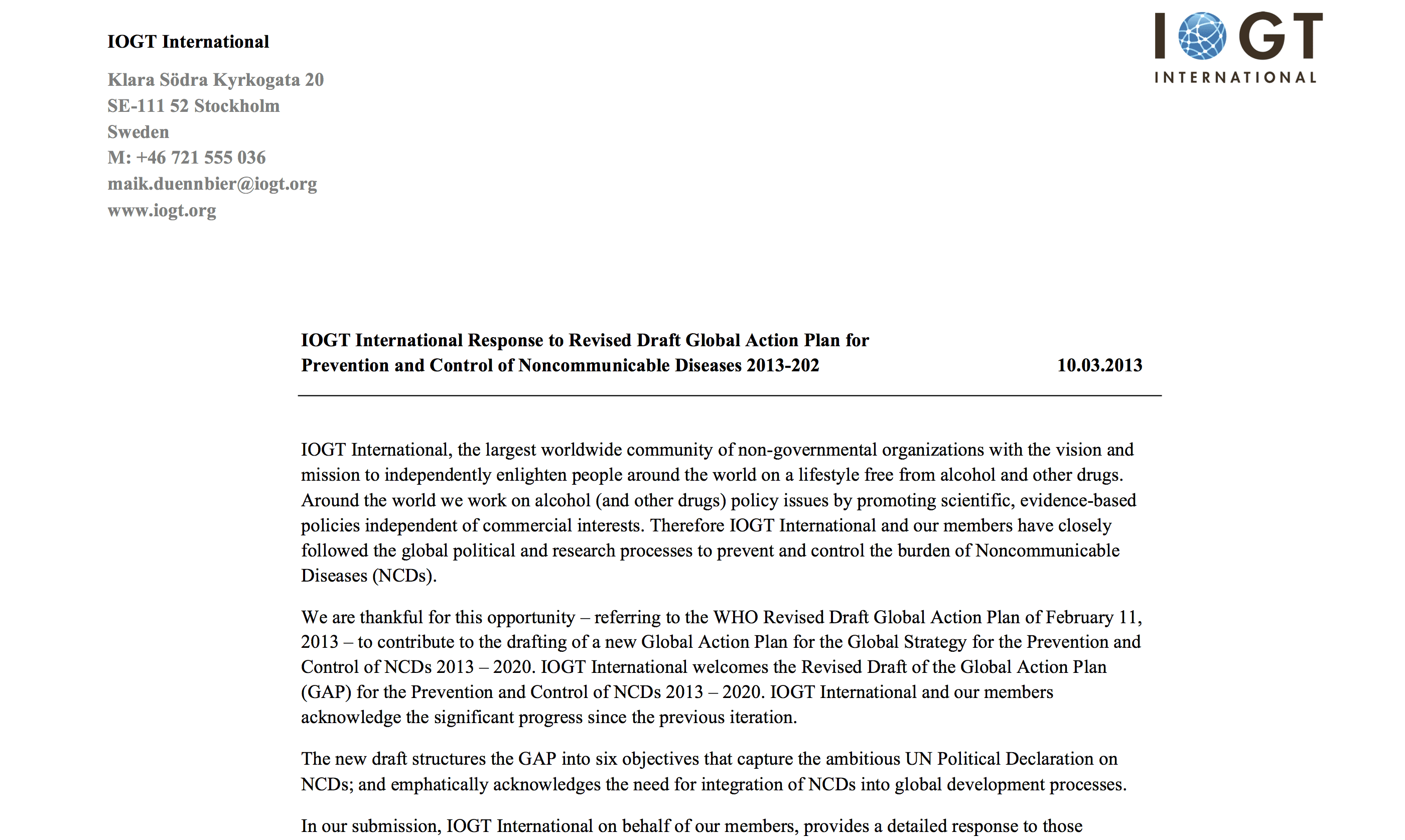 3rd round consultation contribution for evidence based policies

Here you can read our latest contribution.

I can also share with you another update concerning the on-going process that IOGT International is following closely: today the WHO released already an updated draft NCD GAP 2013-2020!

Based on the third round of informal consultations with Member States, UN agencies, NGOs, and the private sector (that unfortunately includes the alcohol industry) over the past two weeks, WHO has published an updated revised version of the draft Global NCD Action Plan 2013-2020.

Notable changes in the revised GAP include:

Member states, UN agencies, relevant NGOs and private sector entities are invited to submit comments to WHO by 29th March via an online consultation.

Of course I will make sure that we from IOGT International prepare another response which we will share with our members and partners for effective advocacy as soon as possible.

It is extremely important now because this is the last opportunity to influence the content of the GAP before adoption at the World Health Assembly.

For further reading I attach the list of IOGT International’s  previous submissions to WHO on the GAP.

03 April, 2012 IOGT International reply to World Health Organisation, Consultation on “Options for Strengthening and Facilitating Multisectoral Action for the Prevention and Control of Non-Communicable Diseases through Partnership”

“Monitoring Framework and Targets for the Prevention and Control of NCDs“

16 April, 2012 IOGT International reply to World Health Organisation, Consultation on “Monitoring Framework and Targets for the Prevention and Control of Non-Communicable Diseases”

07 September, 2012 IOGT International contribution to discussion of WHO “Development of an updated Action Plan for the Global Strategy for the Prevention and Control of Noncommunicable Diseases 2013 – 2020″

16 October, 2012 IOGT International contribution to discussion of the WHO second consultation round concerning the monitoring framework for NCDs