Alcohol Ads In Kenya – Despite Regulation

by Brenda Mkwesha Posted on April 18, 2013 in
Alcohol Industry, Policy

The results of our Alcohol Study Analysis in three countries in East Africa shows that those who use alcohol know of its dangers and yet still keep on using it.

During my Easter vacation in Kenya, I decided to check out how far the “Mututho Law” had gone in affecting advertising and marketing in Nairobi and its environments. Firstly, I realized the painting of bars using alcohol industry product colors had reduced significantly.  Most buildings are painted instead by the likes of Safaricom and Airtel (cell phone service providers) instead of the usual Guiness and Tusker logos and colors. Secondly, gone are most of the billboards that were close to schools.

When it came to billboards however, it seems  Big Alcohol’s strategy is location, location, location. This billboard, which depicts a top shelf brand of alcohol is located on most of the busiest roads into and out of Nairobi, i.e. Ngong Road, Karen Langata Road, Waiyaki Way and Mombasa Road. Most Nairobians use these roads to get to and from work. These are the roads that get a lot of traffic during rush hour and who is to say these billboards won’t make one or 2 weary drivers decide to take a detour and have a couple whilst they wait  for traffic to subside? This type of ad also shows that Big Alcohol is staying true to its goal to tap into Africa. 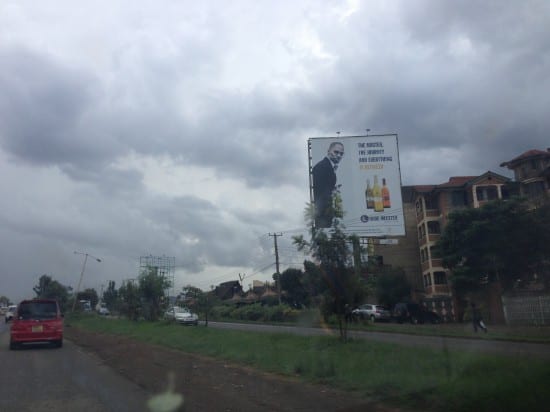 The Paul Tergart Johnnie Walker billboard has been moved from Ngong Road to the Nyayo Stadium roundabout where congestion is also rife with plenty of bars nearby. Paul Tergat the renowned marathon runner did not use alcohol when he ran. He would not have won so many times. Now his success has been attributed to using Johnnie Walker? On what planet? 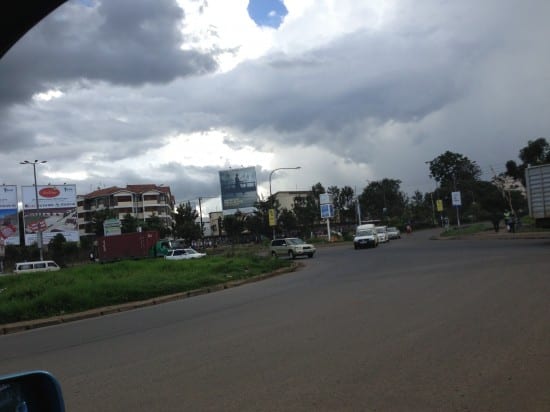 No way to ignore Big Alcohol…

An interesting thing to note about these two billboards is their use of successful “African” men. This way the middle class Kenyan is supposed to feel successful and deserving of such “class”. It has been discussed that these Kenyan celebrities are doing this to make money but I say to Tergat: ”Do not mislead the youth, as a role model for all African runners, you should always strive to show the most truthful depiction of yourself and your career.” Marathon training and alcohol certainly do not mix.  Both young and old are easily misled and really if Paul Tergat had been misled as he by such advertisements, then where would he be? He has a responsibility to Kenyans and should take that seriously without thinking strictly about filling his pockets with cash. 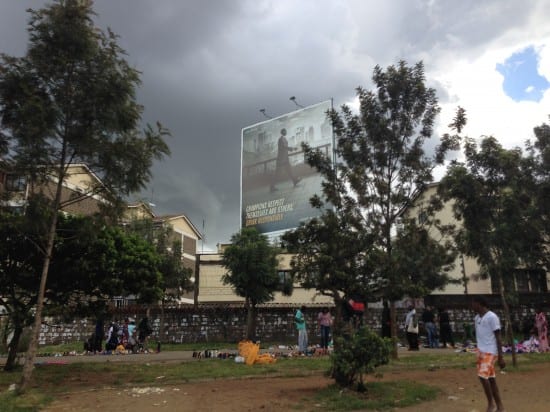 The third billboard or should I call it monstrosity is the Snapp wall at Museum Hill flyover. This …… thing covers a humongous space and of course the product is marketed to women. It faces the University of Nairobi campus and is at the entrance to the party central called Westlands. Therefore, anyone leaving their job in the city or Nairobi University going to visit the Museum, going to shop at Westgate, going to watch a band at the TreeHouse has to pass by this advertisement. 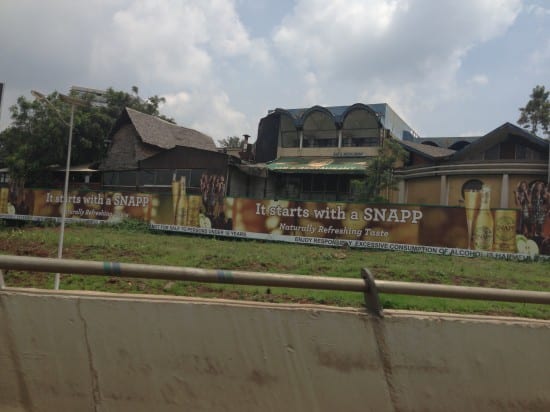 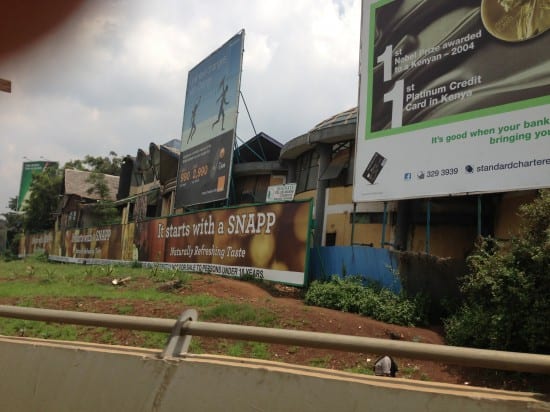 The results of our Alcohol Study Analysis in three countries in East Africa shows that those who use alcohol know of its dangers and yet still keep on using it.  In my opinion this proves that the messages we are sending out about “dangers of alcohol” are not cutting it anymore. We have to alter our strategy. Instead of showing gory depictions of alcohol damage, let’s borrow a page from big industry and instead glamorize alcohol free lifestyle. Let’s show how fun it can be to NOT use alcohol. Of course our version holds more truth than big alcohol’s farce of alcohol induced good times. Let’s use celebrities in our communities who do not use alcohol to send these “positive” messages across.

One comment on “Alcohol Ads In Kenya – Despite Regulation”