Haven Of Peace Epicentre Of Movement To Change Alcohol Culture

Day #9 or from internal struggle to transforming into the epicentre for change; this workshop generated hope and addressed among others the illogical advantages associated with alcohol use as well as answer for how to deal with lack of research in East Africa in alcohol policy advocacy…

Back in Dar Es Salaam – which is Arabic for “haven of peace”, I was also back in the crazy anarchy of their left side traffic and cars that follow Darwin’s law: survival of the fittest.

I’d spend three full days here and eventually head home on 29th. The biggest and most challenging event of those days was the capacity-building workshop with TAAPNet. 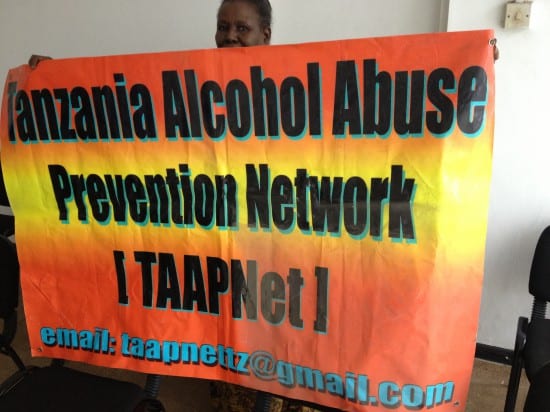 Apparently TAAPNet has been established long before many of the other networks I had workshops with but they never really managed to get off the ground and become advocators and an acknowledged voice within alcohol policy debates in Tanzania.

The day of the workshop (Monday, August 26) started out interestingly because I turned from being called Maik, Mak, Maike, Mick, Maeek and some other creative innovations, to being called Mister Maik. With this grant of respect I headed into the workshop that would be the final alcohol policy advocacy capacity-building of my trip.

We started out by addressing some of the challenges TAAPNet faces according to the board members. This exercise outlined crucial challenges and patterns of thoughts that we’d address throughout the workshop and eventually succeed to put into context and into a more positive frame by the end of the day. Essentially it’s all about not getting overwhelmed by the challenges in front of us:

– by a society that views alcohol as social facilitator,
– by politicians that utilize alcohol to rally voters and supporters,
– by the enormous burden of alcohol harm on societal and economic development, public health and Human Rights reality in Tanzania,
– and by an aggressive global alcohol industry that has identified East Africa as an emerging market, meaning they fuel all of the above negative factors, multiply them and drive them.

Surely, it’s important to be aware of all that and to ensure that you are responsive to all those factors, as well, to be a relentless advocator for change and development.

But it is crucial to put the focus on the tools, capacities and conditions that are in favor of successful work towards positive values.

In this spirit we proceeded to create a list of all the problems caused by alcohol in Tanzania. The participants came up with no less than 16 alcohol related issues, ranging from economic, social and medical harm to democratic harm and burden on sustainable development. Alcohol is a major obstacle to development, eroding individual health and potential, family well-being and the functioning of communities. Alcohol destroys the social fabric and hampers the socio-economic development of Tanzania. 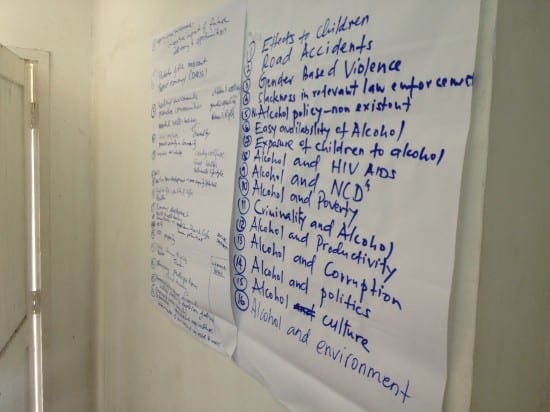 Analysis of the 16 major alcohol problems caused to Tanzanian society

After this depressive exercise we asked ourselves: why does TAAPNet actually care for each issue respectively? What is it that the TAAPNet people and members have in their hearts that makes them care?

Eventually we had a beautiful list of virtues and values that guide the work of TAAPNet – the foundation for any advocator within civil society. 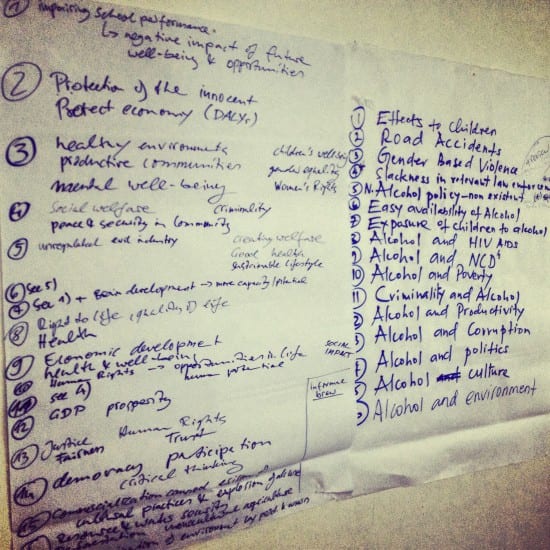 A huge topic in this workshop was the illogical advantages associated with alcohol use. The participants reflected on ill-behavior under the influence of alcohol that is excused and forgiven because “it’s the alcohol”, not the person himself (all too often it’s about men’s misconduct). Examples that TAAPNet board member shared were the behavior of bus drivers and conductors who insult, use offensive language and perform badly at their job, often in front of children and youth – which clearly shows that alcohol erodes social norms, promotes negative values and hostile behaviour and serves to excuse misconduct.

Another highly discussed topic is the vast lack of research and scientific data from Tanzania and Africa. How can we handle this problem, that we know about all the alcohol harm, because we see it in our work on grass-roots level. How can we be advocators if we cannot quantify the problems and put numbers on the desks of the decision-makers?

The answer is actually not so difficult: the evidence base on global level concerning alcohol harm is pretty good and is getting better and better. Independent studies show the impact of alcohol in its social, economic and medical burden on human life. Especially from the high-income countries there is research about many relevant aspects of alcohol harm. However, there is still a void in Africa, for instance when it comes to data on violence against women and alcohol, children of alcoholics or the economic impact of alcohol in Africa, East Africa and Tanzania.

The way to tackle this in the realm of policy making is to use global studies that put together all available research on a certain and concrete issue – like social harm of alcohol – and to combine this with anecdotal evidence, with the stories and human fates from Tanzania and East Africa. This means some homework for us but it creates powerful advocacy tools for networks like TAAPNet.

We addressed many more issues and went effectively through the process of drafting a realistic advocacy strategy.

In the end of the day, hope was definitely outweighing frustration. Optimism had entered the room, the workshop and the spirit of TAAPNet. Together we go now for a better Tanzania and the haven of peace is the epicenter of that movement. 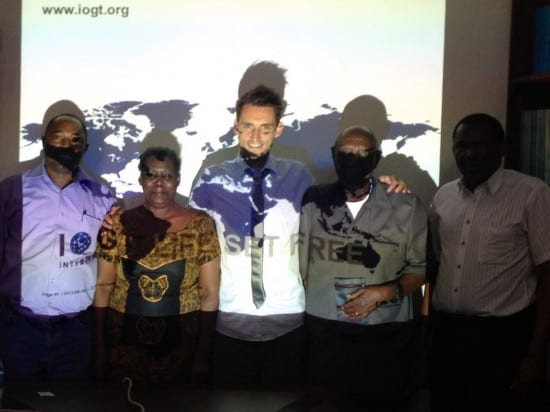 The Undermining Of 1 Billion Rising