US President Barack Obama visits Sweden to meet Prime Minister Fredrik Reinfeldt and among others discuss trade issues. On the occasion, civil society movements in Sweden and around the world demand for Obama to live up to his promises of hope and change and for Reinfeldt to fill the Swedish tradition of democracy with life. Transparency in trade talks and the protection of people’s health, well-being and human rights in global trade are fundamental but in jeopardy through the conduct of both the Obama administration and the Reinfeldt government…

US President Barack Obama visits Sweden to meet Prime Minister Fredrik Reinfeldt and among others discuss trade issues. On the occasion, civil society movements in Sweden and around the world demand for Obama to live up to his promises of hope and change and for Reinfeldt to fill the Swedish tradition of democracy with life. Transparency in trade talks and the protection of people’s health, well-being and human rights in global trade are fundamental but in jeopardy through the conduct of both the Obama administration and the Reinfeldt government.

I’ve been living in Sweden since 2004 and I’ve never seen such havoc in the streets of Stockholm and in the newspapers and other media, especially the tabloids of course, because of one person: the President of the USA, and everything connected to him – be it helicopters, or traffic information, everything connected to Obama makes it to the front pages. 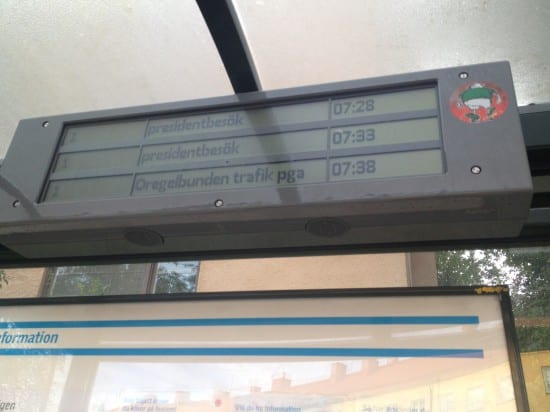 He still is an icon. And we still hear his words of hope and change. The promise is still alive. But I also have to say that it begins to sour, the words begin to become empty and the icon is fading. Many words have yet to be filled with meaning: democracy, participation of ordinary people in social affairs, curbing corporate power, change…

I have a very concrete example for you:

There is busy activity around the world to usher in more free trade. Before the summer, the USA and European Union have launched the TTIP, Transatlantic Trade and Investment Partnership. The TTIP would be the world’s largest free trade area.

At the same time, both the USA under president Obama’s leadership and the EU with high involvement of the Swedish government are pursuing more free trade agreements, especially with low- and middle income countries in Africa and Asia.

The USA is pushing for the so called TPPA, Trans-Pacific Partnership Agreement, which involves eleven Asian and Pacific-rim countries, including the United States.

The EU on its part is having bilateral free trade negotiations with countries in South East Asia, for instance Thailand and Vietnam.

In IOGT International we follow that work daily, worldwide, and we see that governments and key actors from the high-income parts of the world, especially the USA and EU, disrespect democracy, human rights and solidarity, when it comes down to negotiations about trade agreements with parties from low- and middle income countries.

We hear the outcries of concern from our members and partners in civil society, that the EU and US willingly abuse their positions and bully negotiation partners: low-income countries like Thailand or Vietnam need access to the markets of Europe and America to be able to create more jobs at home and continue the positive trends of development. That leaves them vulnerable to pressure from the big guys. Like in high school it’s the big guys who seek to dominate and pressure the weaker, inferior (in their eyes) to agree to terms and conditions that favour only one party, the rich one in this case.

In the face of this, strong, broad and trans-continental alliances of civil society organizations have emerged around the world over the recent months to tackle the problems caused by the numerous trade negotiations.

Our member organizations, friends and partners in South East Asia are really worried about the content of trade negotiations. They tell us that they are deeply concerned by the pressure from the European Commission and the Obama administration to include harmful substances like tobacco and alcohol into the negotiations, although these substances are causing tremendous harm and hindering development in societies.

In Sweden, 160 civil society organizations have recognized that alcohol is an obstacle to development. They have issued a policy for how to adress alcohol harm through development work. Nevertheless, neither President Obama nor Prime Minister Reinfeldt seem poised right now to ensure that trade talks be held under the premise to protect, not harm, public health, people’s well-being and positive societal development.

My friend Teera from the Stop Drink network in Thailand, which is part of a huge coalition to fight against both TPP and FTA with the EU as they are being conducted today, says for instance: 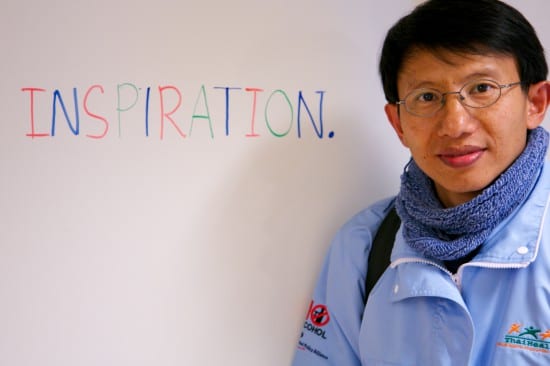 The people in Thailand, civil society and even our government don’t want harmful substances to be included in trade talks.

Therefore we want to know: why are they pressuring us, bullying us, and not respecting democracy and human rights in our society?”

Yes, all around the world in societies like Thailand Obama’s image is fading, the hope associated with him is eroding. He set the bar high for himself. And he is not even close to living up to them.

On November 4, 2008 in his election night victory speech Mr. Obama turned to the global audience and talked about

hope […] the believe that our destiny will not be written for us but by us, by all those men and women who are not content to settle for the world as it is, who have the courage to remake the world as it should be…”.

I still have goosebumps when I remember those words. Mr. Obama talked beautifully about change, about the need to put science and public health first, to break the grip corporations hold of the democratic system and return power to ordinary people and he spoke often about the need for more transparency.

Those were beautiful words that have inspired many people around the world. Me, too.

However, we want to tell President Obama clearly now: it’s time to make those words reality. It’s time to live up to the promise of those beautiful words: we demand together with our partners and friends around the world that trade talks be open, participatory and democratic.

We demand that the agenda is not set by corporate interests but by what’s best for the people in the affected societies. Mr. Obama revive the audacity of hope.

From the Obama administration and Prime Minister Reinfeldt and the EU likewise, we demand clear action to protect American and European development investments and efforts and not to counter-act and undermine those very efforts by trade that promotes harmful substances and industries.

As of today, TPP, TTIP, and other FTAs are abbreviations for pain being inflicted and harm being caused to millions of people around the world, in the name of trade, but eventually only to promote interests of big corporations, like the alcohol and tobacco industry.

We sincerely hope that President Obama remembers his own speeches and beautiful words, written and spoken since 2004. We hope he will find solutions with Mr. Reinfeldt in how to end the audacity of secrecy in trade talks and bring back hope, return democracy and participation into those political processes.

Workers speak out against the TPP

Reveal more information on TPPA for public scrutiny“, by blog Don’t Trade Our Lives Away