Alcohol has a terrible water footprint, and so its production causes ground water to dry up and increases water and food insecurities in communities around the world. But Big Alcohol keeps pushing and uses sponsorship of media outlets to distort those facts and buy a positive image…

It’s World Water Week. And in Stockholm the World Water Week – hosted and organised by SIWI –  is being celebrated under the thematic scope: “Water Cooperation- Building Partnerships“.

Water is precious.Water is the most valuable thing we have on earth because really, without water nothing is possible. Human life is impossible without water. I drink three liters of water every day. And I enjoy every single drop of it because of two reasons:

It is obvious that the world has problems and face huge challenges in providing safe, clean drinking water to all human beings.

It’s a Millenium Development Goal, under the umbrella goal #7 to “Ensure environmental sustainability”, the specific goal is to “Halve, by 2015, the proportion of the population without sustainable access to safe drinking water and basic sanitation.”

Some progress has been made and millions of people in low- and middle income countries benefit:

However, travelling – like I did in the recent months – through East Africa and South East Asia, where many of our members in IOGT International live – also shows that much needs to be done, still and that the world community has no time to rest:

70% of the world’s water resources are used for agriculture and irrigation, according to the Food and Agriculture Organisation of the United Nations.

The answer is simple this time: use less alcohol, or better yet live free from alcohol. This is something that every individual can take responsibility for and that decision-makers can act upon through regulations, using the 3 Best Buys.

3 Best Buys to reduce alcohol use 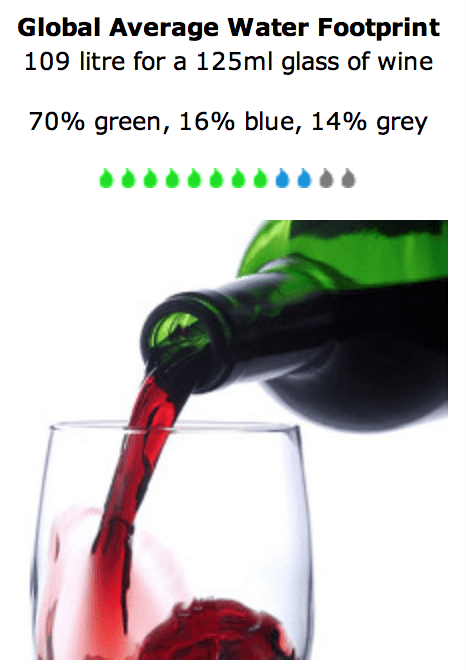 Negative for health and environmental sustainability

Alcohol is no ordinary commodity. Evidence shows it. Alcohol production harms communities especially in regions where drought is common. We see more and more examples from around the world where alcohol production by Big Alcohol causes the ground water to dry up.

Negative for health and environmental sustainability

And the people in the communities, in the villages in East Africa or South East Asia know it. In all of the six workshops during my  East Africa trip the participants from all over the East African region talked about water and food security that is being damaged by alcohol production.

Therefore I am appalled by pages like this one in The Guardian: 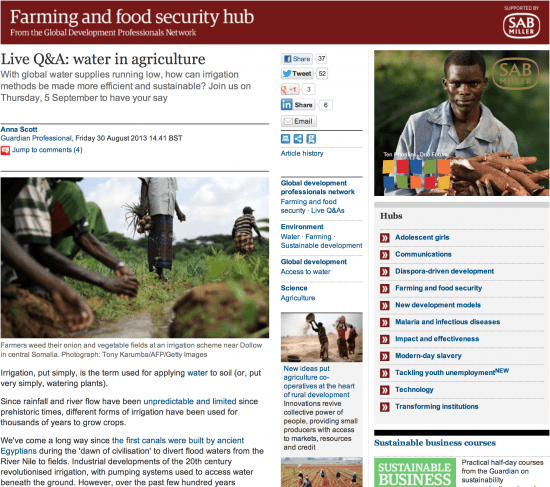 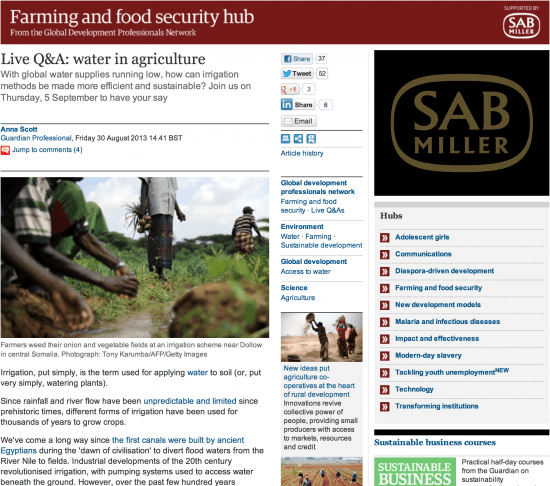 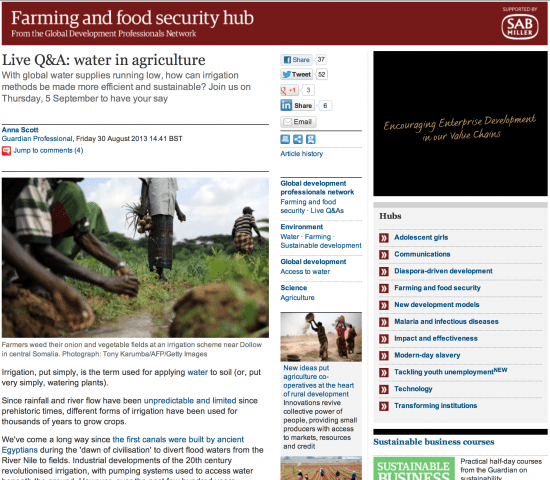 Big Alcohol is trying to buy an image and the question is, can they also buy the truth? Anna Scott of The Guardian writes:

According to a World Water Vision report, ‘the crisis is not about having too little water to satisfy our needs. It is a crisis of managing water so badly that billions of people – and the environment – suffer badly.'”

That means the problems we have today are due to lack of judgements and wrong decisions that are being made. And the global alcohol industry has an obvious profit interest in those wrong judgements and bad decisions. They want to produce and sell more alcohol, depleting the water resources that could be available.

The Guardian moves on to ask:

How can industrial irrigation methods be most efficient and minimise waste? How can agricultural groups in developing countries be encouraged to use water sustainably? What more can multi-sector partnerships and regulatory bodies do to promote sustainable irrigation?”

It is not Big Alcohol. And during World Water Week it’s high time to emphasise this and to spread the word – hopefully The Guardian will join the choir of evidence.