Globally operating industries like Big Alcohol, and Diageo is a leader here, want to spread one and the same patterns of behaviour and similar ways of life all over the world…

In the online paper of The Belfast Telegraph I came across these heart-driven sentences:

Has there ever been a scam like Arthur’s Day, as contemptuous of the people it targets, as disrespectful of the culture and especially of the music it misuses to make its play, as depressing in the extent to which the people made fools of simper with pleasure and cry out for more?”

The lyrics are from a song by Mike Scott and the rhetorical questions that come with them are posed by the article’s author Eamonn McCann.

“Down with Arthur’s Day”

The question for all people – including myself – less familiar with Ireland and the alcohol culture there, what, in fact, is Arthur’s Day? I had heard of St. Patrick’s Day. But Arthur’s Day? Luckily Eamonn McCann gives the answer:

Arthur’s Day was dreamt up by a PR agency hired by the multi-billion multi-national booze outfit Diageo to boost sales of one of its concoctions. The event was launched in 2009, supposedly marking the 250th anniversary of Guinness starting production in Dublin. The idea was to use an instantly recognisable, stereotypical image of Ireland to create a phony occasion of celebration for branded export around the world.

Like all pushers of drugs, legal or otherwise, Arthur’s Day targeted younger users. Hence the huge emphasis on popular music.”

That Eamonn McCann is not making up yet another conspiracy theory but rather hits the nail on its head in his analysis can be read in a blog by Vince on our website, who one and a half years ago described how Big Alcohol operates in the USA to artificially manufacture new holidays, meaning new occasions for alcohol use. Vince wrote back then:

What comes through from an analysis of this list is just how hard the alcohol industry has worked to create a series of events from foreign lands, religious observations, and sporting events to increase alcohol use.

There does seem to be an attempt to develop at least one of these events a month – and so far January, June, August and September haven’t generated an event to date. It will be interesting to see what the alcohol industry comes up with.”

The global alcohol industry operates all over the world with the same unethical methods to make more and more people, and younger and younger people use alcohol. Of course Diageo itself claims they invest all that money into Arthur’s Day because of their commitment to Irish “culture”. 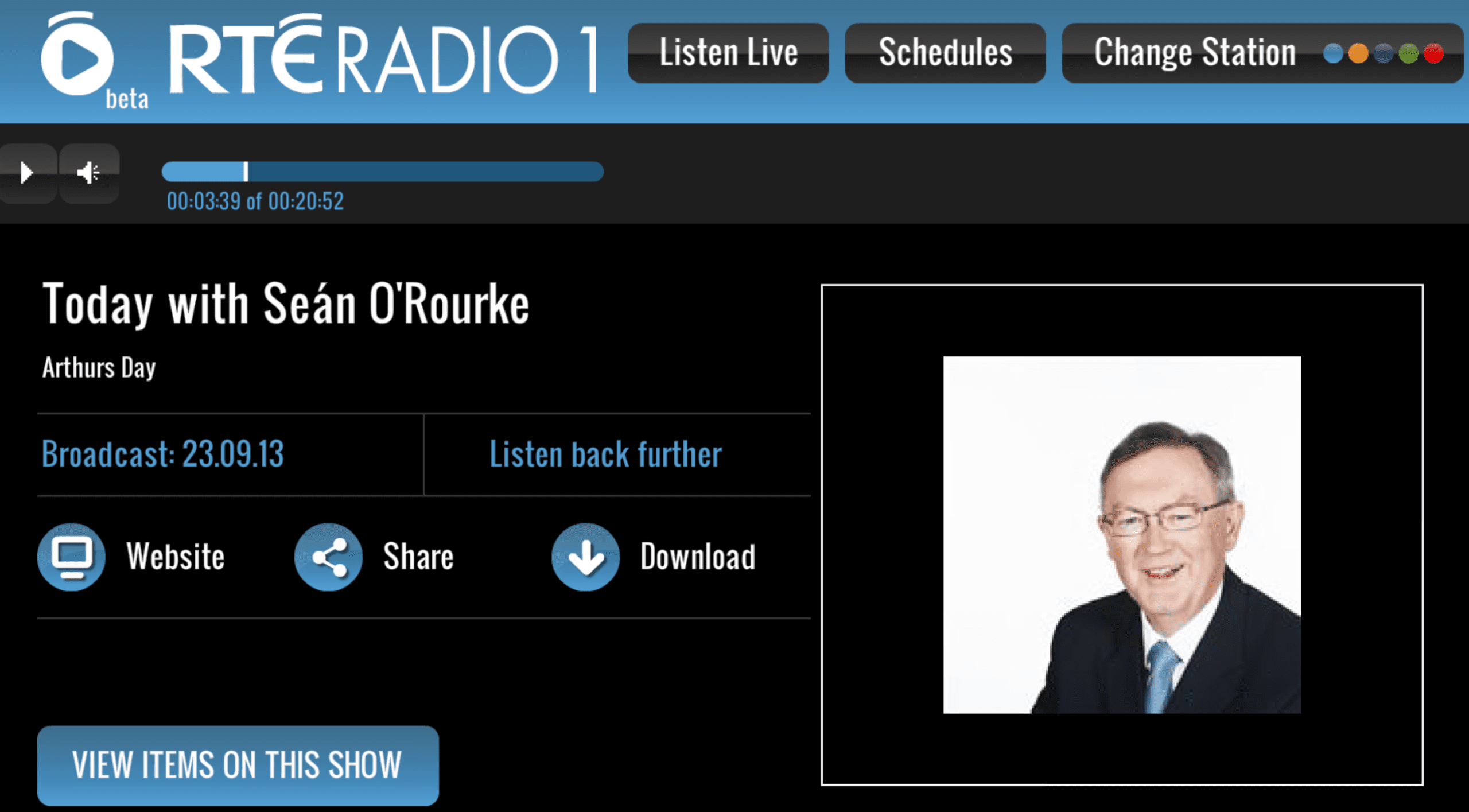 If you took some minutes to follow this radio conversation you understand that “responsibility” and “culture and tradition” are the two arguments that Diageo is propagating. The whole “responsibility” issue will be dealt with in a seperate blogg entry soon. Here I just want to point out that a few problems inherent in Big Alcohol’s talk of responsibility: 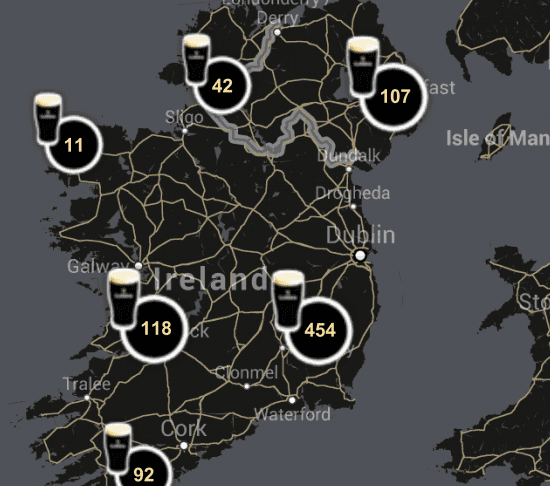 Looks like a map enumerating occasions to use alcohol, especially one of Diageo’s brands…

Here is what our friends from Alcohol Action Ireland have to say concerning this issue:

Arthur’s Day is neither an altruistic nor philanthropic initiative. It’s a very well-resourced marketing campaign to increase the sales of Diageo products,” says Suzanne Costello who is the new CEO of Alcohol Action Ireland.

The reality is that alcohol, and not music, takes centre stage on Arthur’s Day, which is an alcohol marketing event that serves exactly the same function as the alcohol industry’s sponsorship of sports and arts events, which is to increase awareness of an alcohol brand, sell more of that alcohol and, ultimately, increase shareholder profit.

An avalanche of marketing messages portraying alcohol as a hugely positive product is followed by a request for people to ‘drink responsibly’, but only, as ever, after they are first and foremost encouraged to drink, and in this particular case, to start early by raising a pint just before 6 p.m. on a Thursday evening,” says Ms Costello.

Most of the listeners that commented the radio show were highly critical of Diageo and Arthur’s Day but there was also one raising the question whether also other days like Christmas, birthdays and St. Patrick’s Day should be banned.

And here I wish Dr. Bobby Smyth would have had a more powerful answer. Of course it’s not about banning Christmas or birthdays or St. Patrick’s Day.

But it is about two important dimensions:

Surely it must be possible to happily, light-heartedly celebrate birthdays free from alcohol when children are around, and especially when it’s a childrens’ party. Surely Christmas is for children.

The global alcohol industry wants us to think that all those events are for each and every individual, thus eroding sense of community and our common responsibility for the traditions and customs that those days used to be about.

With those reflections I want to leave you. And I want to share with you what two Irish artists have to say:

Here is Christy Moore, who sings:

And here is once more a verse from Mike Scott in all honesty:

Vince’s blog on how Big Alcohol manufactures more alcohol use occasions in the USA: “Tipsy Holidays In The USA“

Belfast Telegraph article: How we bought into the PR scam that is Arthur’s Day

Jim Carroll in The Irish Times article “Arthur’s Day and the turning of the tide“: “What we’re seeing with Arthur’s Day and Arthur Guinness Projects are power-plays. Unlike traditional sponsorship plays, these new initiatives see the patron trying to exert more power and influence from the relationship without paying more for it. The AGP is a case in point, a (hugely successful) attempt by Guinness to get nearly the entire artistic and cultural community to do their bidding for free.

Why are people saying ‘Down with Arthur’s Day‘? article in The Journal.

The last thing Ireland needs is another excuse to alcohol, says an article in The irish Times citing evidence that the death rate due to cirrhosis has doubled in the last two decades.