A couple of days ago, and just after the Global Alcohol Policy Conference in Seoul, South Korea, I was on my way again, this time to Macau (one of the two special Administrative Regions of the Peoples Republic of China) where I would make two presentations – one on Alcohol Policy, the other on Tobacco Policy – at The 25th Bi-Annual World Conference of IFNGO (International Federation of NGOs for the Prevention of Drugs and Substance Abuse), held jointly with the 2013 International Conference of OFAP (Organization of the Families of Asia and the Pacific) in Macau on the 21-25th October. When we – Esbjörn and myself – arrived in Macau, we were greeted by this newspaper page: 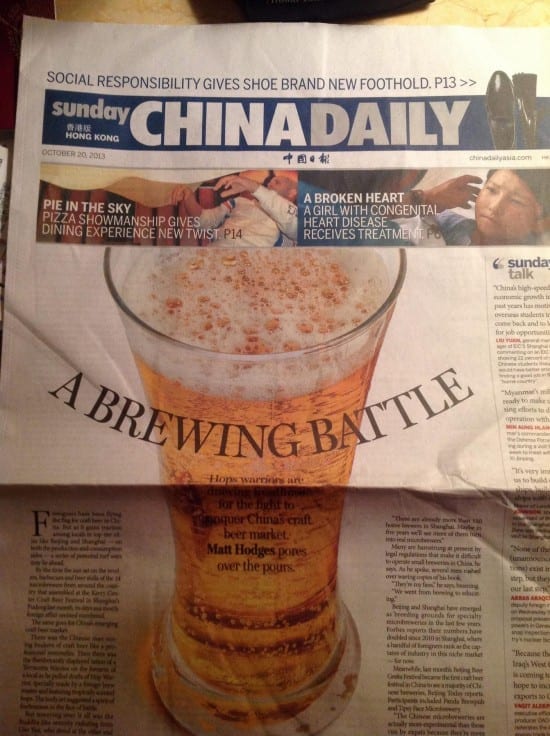 In Macau. And this is the headline in local newspaper. No rest!

The global alcohol industry is thirsty for profits. And so, we need to continue our heart-driven efforts to stand up and promote development, health and well-being, democracy and Human Rights. It was a great privilege and pleasure to represent IOGT International at this conference that dealt with the topic “Reinforce the Family – For a better and Sustainable Future”. 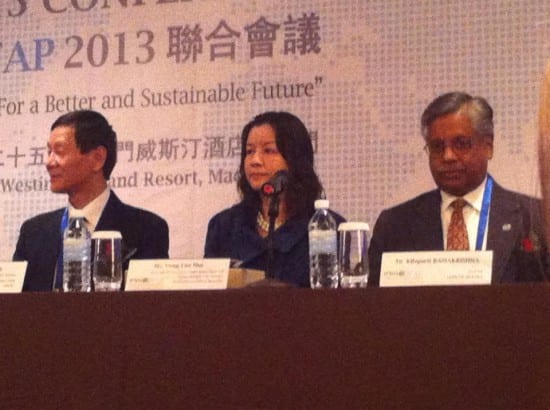 These conferences, and I’ve been committed to our work within IFNGO and with OFAP over many years, are always good occasions to meet old friends. 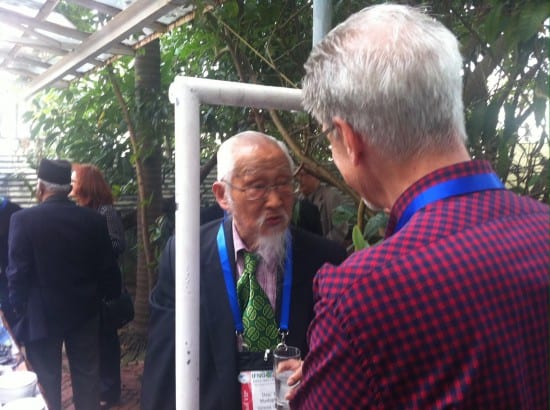 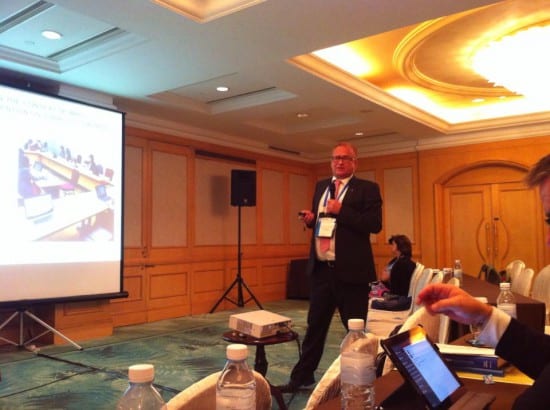 Sven-Olov Carlsson addressing the IFNGO/OFAP conference in Macau on tobacco and alcohol policy.

And eventually I got elected as second vice chair of IFNGO which is a great honour and important for our work in IOGT International together with IFNGO. 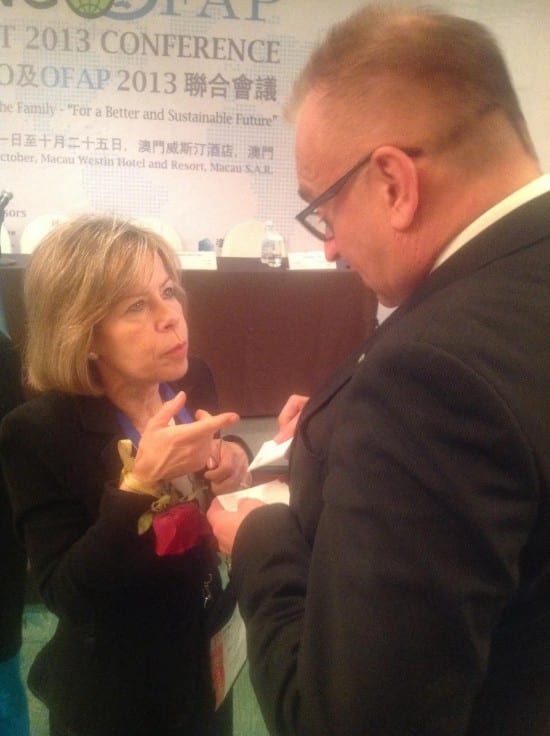 After the election, discussing the cannabis consumption in Portugal with Dr. Maria Belem Roseira, former Minister of Health in Portugal.

Esbjörn, who is Vice President of the VNGOC also joined our conversation with Maria. Maria outlined the history of the former colonial power and especially the Carnation Revolution in April 1974. 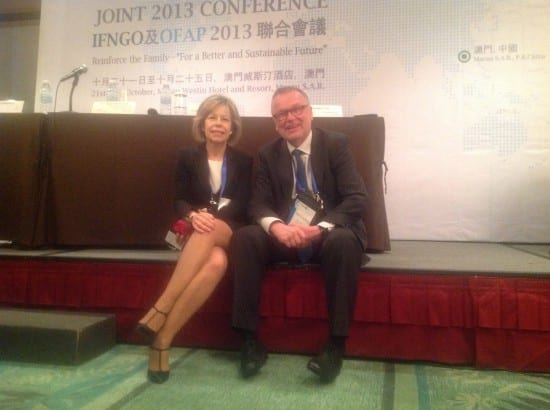 When you are in an IFNGO Conference, most of the time you will discuss illegal drugs, and you can be updated by representatives from especially Asian countries. This time in Macau we missed our friends from MANA in Myanmar, but this story from the Bangkok Post gives the picture of the boarder between Myanmar and Thailand. It is also in this area that the street children project is being conducted, which is supported by the IOGT-NTO Movement.