Other than alcohol’s detrimental impact on education there are more examples of how alcohol is an obstacle to development. Consider the waste of natural resources…

It is the latest craze in town: alcohol bars are springing up across the region with such rapidity that is a worry to many residents. The situation has become alarming to the extent that hardly does one move beyond a stone-throw, for instance in the Bolgatanga municipality, without seeing an alcohol bar. The fact is that along all the major streets and other parts of the municipality, the operation of bars and joints has become a choice of business. Owners of these facilities are from varied backgrounds. While some are politicians and retired civil servants others are businessmen. Sad to say, the clientele these joints attract are mainly the youth, even though adults also patronise these joints. 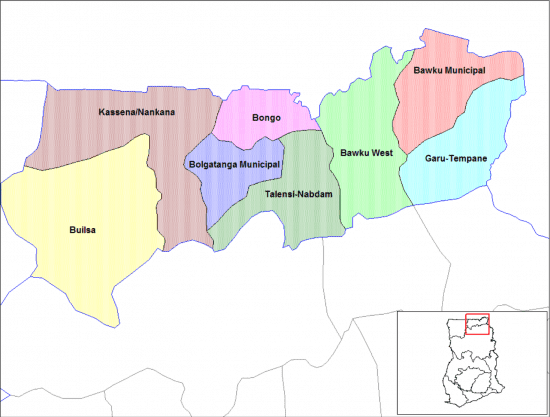 But it appears the situation is going overboard. Many have linked the spread of alcoholism to the poverty in the region. Alcohol consumption is among the factors that contribute to poverty in the region and this trend needs to be changed. Apart from the local brew, pito, most of the youth are heavily engaged in the consumption of hard liquor such as ”akpeteshie” and smoking of marijuana.

For example: Alcoholism is ‘eating up’ most of the teachers: about 70 per cent of the teachers in this region are alcoholics. “They do not even go to work. Even if they are in the classroom, they are under the influence of alcohol. How can you get somebody in this state to perform in the classroom and deliver the goods,” asks the Upper East Regional Minister, Alhaji Limuna Mohammed-Muniru, attributing the falling standards of education in the region to the high incidence of alcoholism among teachers.

One fact speaks a clear language: the region is ranked as the poorest in Ghana and is at the same time noted to be the number one region in terms of alcohol consumption.

Pito is brewed everywhere and akpeteshie flows incessantly. You do not get pito and akpeteshie free of charge. You spend money on it”, Upper East Regional Minister, Alhaji Limuna Mohammed-Muniru said.

He stated furthermore that the Upper East Region of Ghana was the richest, going by its resources and that if the alcoholics could change their lifestyles and habits and channel their resources in the right direction, the region could change the trend of its economic development.

Other than alcohol’s detrimental impact on education there are more examples of how alcohol is an obstacle to development. Consider the waste of natural resources: The world’s first commercial-scale cassava beer was build in Mozambique 2011, and now Ghana despite all odds has launched its cassava beer – eagle cassava beer by Accra Brewery Limited (ABL). Cassava is one of the staple foods in Ghana and sub-Saharan Africa. Cassava is a major staple food in the developing world, providing a basic diet for over half a billion people. 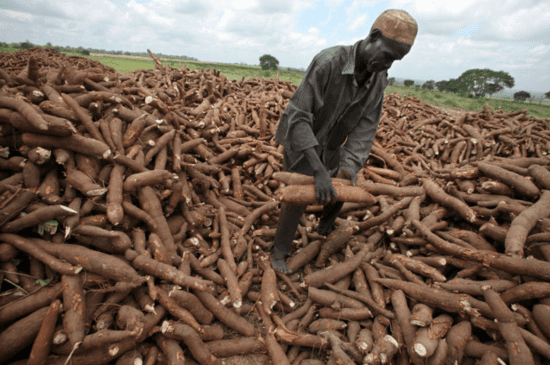 But now it has turned to alcohol production use despite its gain, it will increase the alcohol consumption, and leaving behind the food production for which cassava was made for since ages. This will not only affect the poverty rate but will also affect and reduce food availability in the region.

Despite the menace caused by alcohol consumption, road accidents continue to be on the increase in Ghana and hence the Guinness Ghana Brewery Ltd (GGBL) are campaigning on the tackling driving under the influence of alcohol, which is the cause of the numerous road accidents in Ghana. These efforts undermine the ability for the nation to push for a functioning National Alcohol Policy which has been launched, re-launched and now re-re-launched even recently. But is yet to be passed into a law, as these multinational companies are cashing in on a fragile economy with a no functioning alcohol policy and will always lobby to frustrate the bills from passing to law.

If there is  an effective alcohol policy it will empower the law enforcement and even the citizens to not only reduce the alcohol consumption, but will control and monitor who uses alcohol at what age, where it will be served and when, all these factors are paramount important for the alcohol policy to be passed in Ghana.

In 2007 Lesotho in Southern African became one of the first to adopt a national alcohol policy followed by Swaziland, while Ghana among other nations like Uganda, Zambia and Malawi are still working on its policies. But for how long will this last, when the  entire generation are crippled by alcohol and its menace?

Early in December, Ghana re-launched the third draft of The National Alcohol Policy in a bid to lessen the upward trend of alcohol abuse. Like most developing countries in sub-Saharan Africa including Ghana, Lesotho is faced with serious social and economic challenges. Their adopted national alcohol policy will certainly  help address and protect the rights of different sections of the community, improve the capacity of law enforcement agencies, public schools and social markets, and lower  alcohol consumption by screening and intervention techniques. These are the benefits for adopting alcohol policy.

4 comments on “Alcohol Obstacle To Development In Ghana”