So You Never Party?

by Kristina Sperkova Posted on January 9, 2014 in
Prevention

… a question I have gotten several times and many more people would have asked if they just dared to say what they were thinking or if they were not that polite. People usually ask me that question when they get to hear that I live alcohol free because to their minds alcohol equals party. And so, we’re right in the middle of today’s alcohol norm that buzzes with myths driven by the alcohol placebo…

… a question I have gotten several times and many more people would have asked if they just dared to say what they were thinking or if they were not that polite. People usually ask me that question when they get to hear that I live alcohol free. “You know like you do not drink (!) so how can you dance and socialize?” Today was one of those days when a taxi driver asked me.

And then I told him the story about placebo effect and the behavior of people who were convinced they got alcohol in a bar but they just got alcohol free drinks. How much fun they had. How relaxed and daring they became. They approached strangers. They danced. They were communicative. They embarrassed themselves. They would open themselves, and they would just chill with a dull smile on their face, you name it.

Why? Because they would allow themselves to do it. They could either socially succeed or they would fail and then it would not be their fault but alcohol’s fault (this phenomena is called Dutch courage). And other people would either be impressed by their entertaining sense of humor, or would think they are just weird or would dislike them. Either way alcohol would be to “blame”.

And it goes like that from weekend to weekend, from party to party until you do not attend an event where you would have the chance to realise that you ARE the funny one, that you HAVE the social skills needed to hit on a person or impress your colleagues and all that without the substance of ethanol. You just do not know it cause you haven’t had chance to experience it. So you get robbed of these experiences which is a pity. And your conviction that it is alcohol that makes you a social star will not allow you to be it, when at an event where you simply have no access to alcohol.

The taxi driver smiled. “You are right,” he said. “But sometimes people just want to forget themselves. Withdraw from this world”.

Yeah and this is the sad part. The more you “withdraw” the longer it will take you to deal with the “problem” you are trying to withdraw from. Because, oh man it’s there. Waiting for you to sober up and handle it. And you have two options: either to get a grip of it or to withdraw again and again.

So, yeah I do party. And what is really cool is that I can party whenever I choose to and not only when someone puts a fancy bottle of ethanol with some artificial tastes into my hand. And what I noticed is, that by choosing alcohol free drinks, my friends do so, too. Not because they feel forced but because they actually prefer alcohol free and do not feel the pressure to pay for and use a drink they do not like. 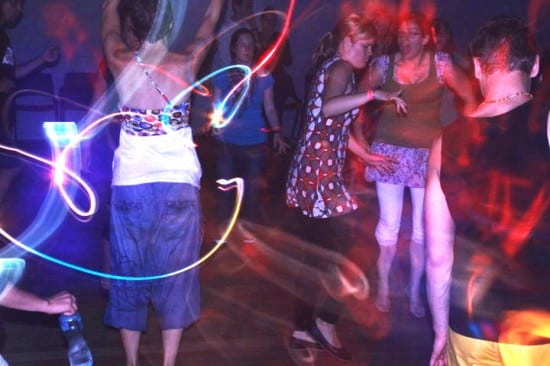 And just to prove how strong your mind is, here are some facts about ethanol:

There is no empirical study that would prove that alcohol has a chemical impact in your body that would lead to loss of inhibitions. There are, on the other hand, studies that show that when people think there is alcohol in their glass, they lose inhibitions.

Similar it is for alcohol and aggression. Cultural norms and the excuses connected to alcohol use allow agreession but alcohol itself does not chemically contribute to aggressive behavior. Alcohol also does not cause chemical reactions in your body that would increase your sense of humor or perception of fun. When it comes to alcohol and sexual performance, Shakespear got it right: ”Alcohol increases desire, but takes away the ability”. So here I listed what alcohol does not do. The last thing on my list is that it does not taste. The substance itself has no taste but the drinks of course do. You do the math.

So what is it that alcohol does with you physiologically then? Alcohol influences your coordination, slows down your reactions and lowers intellectual performance.
That does not sound like party to me.

I guess it is actually me, who could ask: ”So, you never really party when you use alcohol, do you?”

The Marlatt Method to test empirically what are the real effects of alcohol and which are more connected to expectation.

Fake Free and the most innovative way to prevention

3 comments on “So You Never Party?”