Examples of Big Alcohol’s unethical conduct in Uganda, and policy responses by national and local governments to alcohol harm…

Clamp down on outdoor advertising frees Kampala of alcohol billboards

The National Outdoor Advertising Contractors Association (NOACA), an umbrella association, has accused Kampala Capital City  Authority (KCCA) for irrational removal and destruction of advertising tools (Bill boards and signs) in the central business district of the city in mid February.
KCCA has urged that billboards are an eye soar, and should be removed from the city in the name of beatification. On the night of February 12, 2014 workers worked all night and took down many billboards, destroyed steel structures and removed advertising materials from the city.
The KCCA action, authorised by a court injunction, has actually dealt a great blow, among others, to alcohol marketing, using huge bill boards on road sides, even in the middle of the city streets and road junctions.

This action will actually have a great impact on the advertising by Big Alcohol. And is badly needed to prevent and reduce alcohol harm amidst aggressive pushes by the global alcohol industry to target young people and women by their marketing practices.

A story come out in the New Vision, Monday December 30, 2013 indicating that breweries had invested over $90 million in Uganda in 2013 year alone. And thus the industry was crying out for a lower tax regime. Big Alcohol noted that as the country moves towards funding its entire budget, alcoholic beverages have continued to shoulder large tax rates and players say it affects the profits of Uganda alcohol industry in the East African region.

However, my colleagues and myself have shown that the burden alcohol harm imposes on sectors such as health, law enforcement, transport industry, violence prevention and children is far greater that the accrued money from the alcohol trade. Up to 70% of the expenses incurred in these sectors arise from alcohol harm.

In fact tax rates on the global alcohol industry operating in Uganda should be increased. Higher taxes help to prevent and control harm and raise funds to promote health and well-being.

Though the incidents are isolated many people still die due to adulterated alcohol, especially upcountry and this situation suggests that measures to counter this trend have not been really effective.

There is a need to put in place an alcohol board to regulate this as provided by the law.

More and more Ugandan districts are now moving to address the heavy burden arising from alcohol use. Alcohol is killing food production and a huge factor in intimate partner violence all over Uganda and the harm is increasing.

Uganda has over 112 districts. A country almost the size of Great Britain. The current estimated population of Uganda is 35 million. Uganda has a very young population, with a median age of 15 years and around 70% of the total population is younger than 24 years of age.

The districts of Nebbi following other 4 districts enacted an ordinance and argued that they want to increase and complement existing laws on food production and its preservation and also address the problem of idleness and other harms associated with alcohol use, by restricting alcohol availability.

Unashamed breweries use children to sell alcohol in stadiums

Football is the national sport in Uganda. Games involving the Ugandan national football team usually attract large crowds of Ugandans from all walks of life. The Ugandan Super League is the top division of Ugandan football contested by 16 clubs from across the country; it was created in 1968.

Marketing their products through the popularity of football is big business for the global alcohol industry. Recent examples from stadiums show, again, that Big Alcohol really knows no limits in its aggressive push to get young Ugandans to take up alcohol consumption. 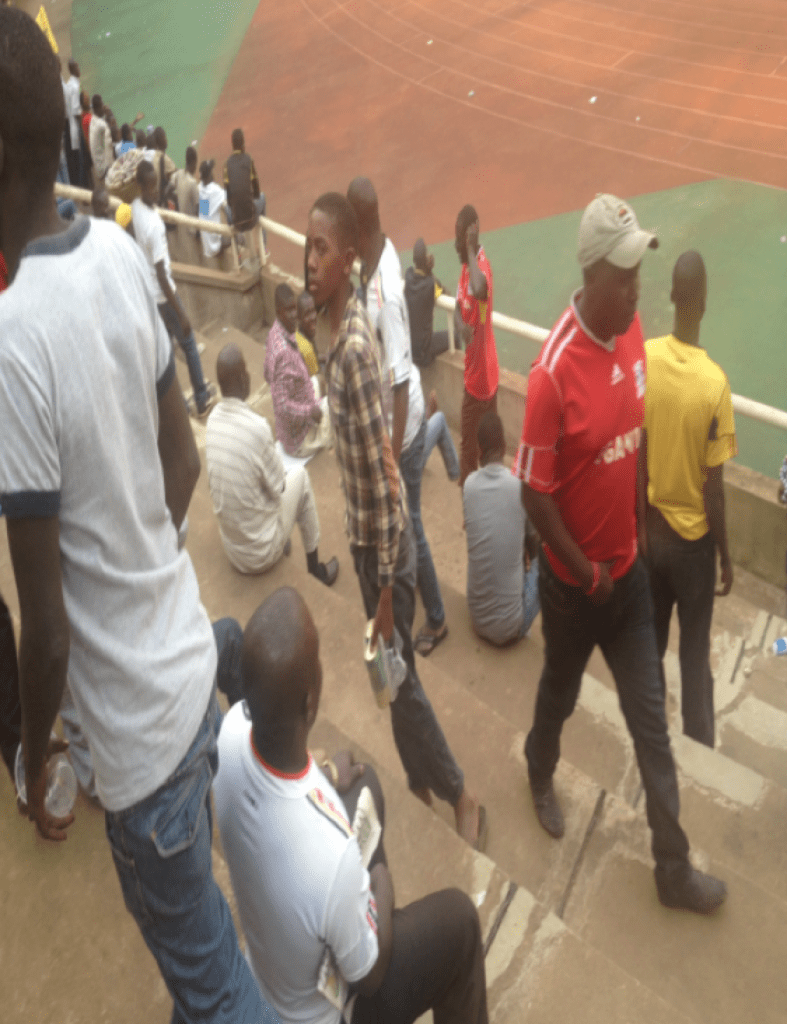