Overview Of Alcohol Situation And Policy Developments In India

Part 1 of 10: Alcohol has scarcely been in use over centuries in the Indian region. Colonization boosted alcohol culture in India. The law relating to the collection and control of excise revenue and regulating the manufacture, possession, sale and transit of liquor was embodied in a regulation in 1878. A uniform Excise (Abkari) Act for the entire country was enacted in 1902…

I have prepared a comprehensive 10-page report on the state-of-play in India concerning alcohol harm and the development of alcohol policy measures. And it is my pleasure to share with you in my blog some excerpts of the most interesting parts from the report. So, stay tuned in the coming weeks to get the full picture. Today I start with a brief introduction and a look at the background. In the coming weeks, I will publish nine more blog entries to talk about:

I am looking forward to this journey through the great sub-continent of India and to your comments, questions and feedback. 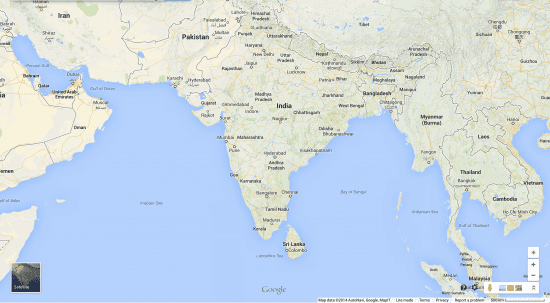 India occupies a strategic position in Asia with a land area of 32,87,263 sq.kms. (2.4% of the world) and a population of over 1.2 Billion (15.5% of the world). The population is multi-ethnic, multi- religious and multi-lingual. 35% are illiterate and more than 35% live below the poverty line.

Alcohol has scarcely been in use over centuries in the Indian region. Colonization boosted alcohol culture in India. The law relating to the collection and control of excise revenue and regulating the manufacture, possession, sale and transit of liquor was embodied in a regulation in 1878. A uniform Excise (Abkari) Act for the entire country was enacted in 1902.

Prohibition became an important agenda of the Civil Disobedience Movement – a major event of the Freedom Struggle. During the same period popular Temperance Movements emerged in different areas of the country against alcohol promotion policies.

Religious sanctions against alcohol were also strong in India. Satyagraha movement for the closure of liquor shops started in several places. This resulted in the appointment of Prohibition Committees in several states. Prohibition was declared in Madras, Travancore and Baroda States where popular support was strong. Prohibition continued in several States after Indian Independence in 1947.

Article 47 of the Constitution of India states:

The State shall regard the raising of the level of nutrition and the standard of living of its people and the improvement of public health as among its primary duties and, in particular, the State shall endeavour to bring about prohibition of the consumption except for medicinal purposes of intoxicating drinks and of drugs which are injurious to health.”

Campaigns for the closure of liquor shops started in various parts of the country under the initiative of the All India Prohibition Council and other Religious & Social Organizations. Strong Women’s Initiatives for Prohibition was witnessed in several States. Total/Partial Prohibition was declared in Gujarat, Tamil Nadu, Andhra Pradesh, Nagaland, Himachal Pradesh, Kerala, etc. At present, States of Gujarat, Nagaland, Mizoram and Manipur have total prohibition.

The Economic Liberalization Policy during the early 90’s opened wide the avenues of the Alcohol Industry. Several joint ventures with the support of Multi-national Alcohol Industry were established in India. This resulted in the launching of several international liquor brands in the country with aggressive advertising and promotional strategies, particularly targeting the Youth and Women population. Big Alcohol started dictating terms to Governments and Policy Makers. This has resulted in diluting Excise Control Policies through lowering liquor pricing, increased outlets/ availability and weak enforcement. All these had resulted in the increase in alcohol consumption, per capita consumption and subsequently alcohol-related problems.

The Lancet, 2009: Alcohol Use on the rise in India

Get to know Johnson

Other recent posts by Johnson Edayaranmula