Based on the available data, about 10% of the TB cases globally were estimated to be attributable to alcohol.
Already few facts tell the story that the current TB disease burden is enormous. TB ranks among the 10 most fatal and disabling diseases worldwide. The world would be a better place if high-impact measures to prevent it and to enhance interventions and treatment were in place… 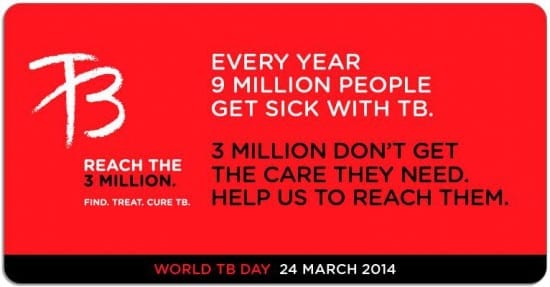 Every year 9 million human beings get infected with tuberculosis (TB). And three million people don’t get the care they need.

TB is an infectious disease, transmitted from person to person via droplets from the throat and lungs of people with the active respiratory disease, and caused by Mycobacterium tuberculosis, which most commonly affects the lungs.

Infectious diseases account for 43% of the global health burden, according to the Global Burden of Disease study by the WHO. In 2004, TB was responsible for 2.5% of global mortality and 2.2% of global burden of disease with more severe impact in low- and middle-income countries.

These few numbers tell the story that the current TB disease burden is enormous. TB ranks among the 10 most fatal and disabling diseases worldwide. The world would be a better place if high-impact measures to prevent it and to enhance interventions and treatment were in place. 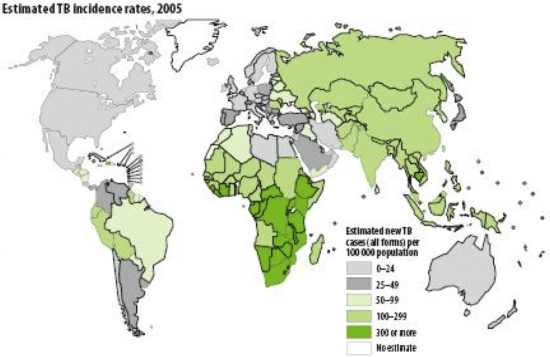 Those high-impact measures come out of the alcohol policy toolbox. The reason is simple and rooted in evidence: Alcohol use is a risk factor for TB. About 10% of the TB cases globally are attributable to alcohol.

Numerous studies show the pathogenic impact of alcohol on the immune system causing susceptibility to TB among heavy users. In addition, there are potential social pathways linking alcohol use disorder and TB. Heavy alcohol use strongly influences both the incidence and the outcome of the disease and was found to be linked to altered pharmacokinetics of medicines used in treatment of TB, social marginalization and drift, higher rate of re-infection, higher rate of treatment defaults and development of drug-resistant forms of TB. 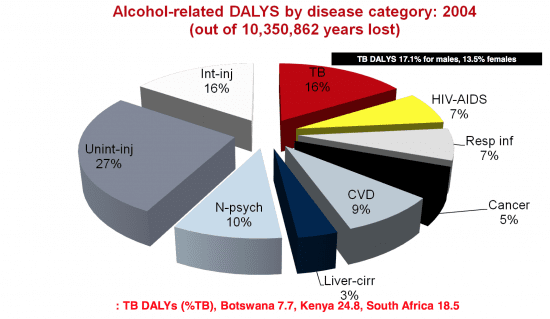 Alcohol is no ordinary commodity. It’s causally linked to tuberculosis and is as such one of the biggest health hazards on earth, being a risk factor for HIV/ Aids, violence against women, and non-communicable diseases.

So, let me briefly summarise:

The implications resulting from these four insights for policy responses are clear and evidence-based:

Alcohol exposure at the population level should be reduced by high-impact, evidence-based policy measures, such as measures decreasing the availability, decreasing the affordability and banning alcohol advertising and sponsoring.

Diabetes And Other NCDs In Africa: Looming Disaster

One comment on “Science Shows: Causal Link Between Alcohol Use And Tuberculosis”