Worldwide, every ten seconds, one human being dies because of alcohol. Most likely many deaths could have been prevented. Most likely it’s many “innocent” people whose lives are cut short…

While reading the headline of this blog, another human being passed away.

I feel that this is so sad and tragic, for the person, the family, friends, colleagues, the community and society overall. And what adds to my grieve are two facts:

Those are the most recent statistics, yesterday published by the World Health Organization in the “Global status report on alcohol and health 2014“.

Alcohol is a toxic, carcinogenic, addictive and terratogenic substance, and yet we are all exposed to the alcohol industry that markets its products aggressively. Big Alcohol operations stand in great contrast to the latest WHO findings: alcohol causes 200 health conditions, like liver cirrhosis, cancers, infectious diseases (HIV/ AIDS and TB) and non-communicable diseases like heart diseases.

What many people around the world do not know – because of the aggressive marketing practices of Big Alcohol and the myths they perpetuate – is that most deaths, around a third, are caused by associated cardiovascular diseases and diabetes.

To summarise these findings I would say: alcohol harms the user him/ herself and there’s really no safe amount of alcohol use. Ethanol is simply not to be put into the human body.

But there’s more to the story – and to the death toll. The WHO Global status report on alcohol and health 2014 contains this diagram: 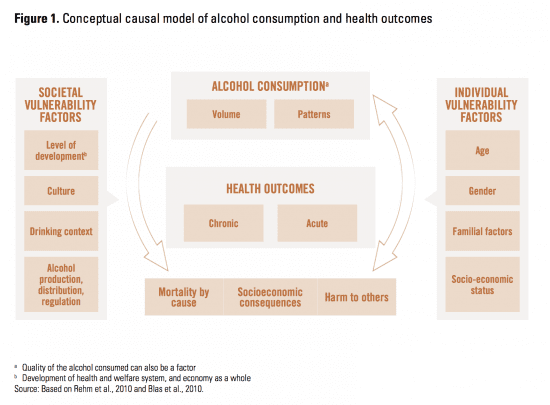 I quickly checked: the entire report contains the word “others” 29 times and there is an entire chapter dedicated to “Harms to other individuals” as well as “Harm to society at large”.

In these two chapters you’ll find plenty of evidence for the point I made above: alcohol harm affects innocent people, i.e. people other than the user him/ herself. 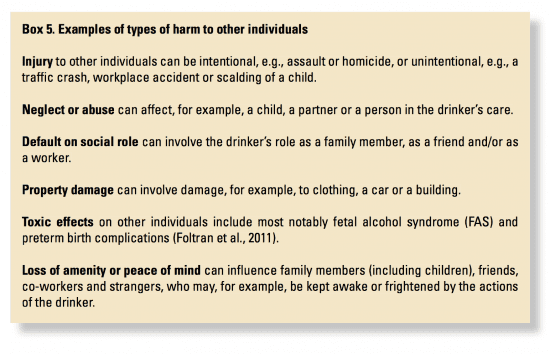 Alcohol a burden on others

I also wrote about the fact that many of the 3.3 million deaths could have been prevented. How do I know? 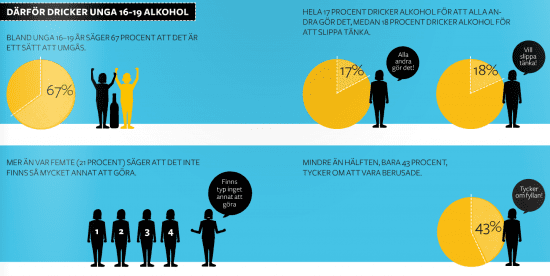 Alcohol harm is closely related to the current alcohol culture, to the way people use alcohol and most importantly to the amount of alcohol being used in a society. Science tells us about policy measures addressing the environment and the total population and their impact on consumption patterns, overall levels of alcohol use and the number of people living free from alcohol. What independent researchers have done and keep doing is to study how local and national governments respond to alcohol harm and to measure the impact of those policies put in place.

A formula that saves lives

Alcohol deaths can be prevented through making alcohol more expensive, through reducing the exposure of people to alcohol marketing and through making alcohol less available. Those three measures are called the “Three Best Buys” and have been acknowledged by the World Bank, World Economic Forum, the WHO and countries that are members of WHO. In line with UNF’s work mentioned above (see diagram), another measure to prevent deaths is to increase the amount of attractive, safe and alcohol-free environments for children and young people. And the third crucial approach to prevent deaths id through treatment and rehabilitation – something many IOGT member organisations are renowned for.

To summarise, I bring you the formula that saves lives: 3 Best Buys + 2.