ADIC research shows: The majority of people in Sri Lanka chooses to live alcohol free and the trend shows that alcohol consumption is declining. But those who want to quit using need better support and more alcohol free environments. And decision-makers need protection from aggressive lobbying by the alcohol industry…

The Alcohol and Drug Information Centre (ADIC), where I have the privilege of serving as Executive-Director, carries out a spot survey to determine the trends in consumption of alcohol since 1998. It is conducted in 10 districts in Sri Lanka biannually in the months of July and December. 8 districts are constantly surveyed as these districts consist of high population and/or they are commercial districts.

These constant districts are Colombo, Gampaha, Galle, Kegalle, Anuradhapura, Kandy, Jaffna and Batticaloa. The remaining two districts are chosen randomly. Each sample consists of males 15 year of age and above and the sample size is 2,500. The survey reveals the main reasons behind the initiation, the age of initiation and patterns in consumption of alcohol.

However, plotting the data collected over the years since 2000 to 2013, we can observe a trend of decreasing alcohol use. 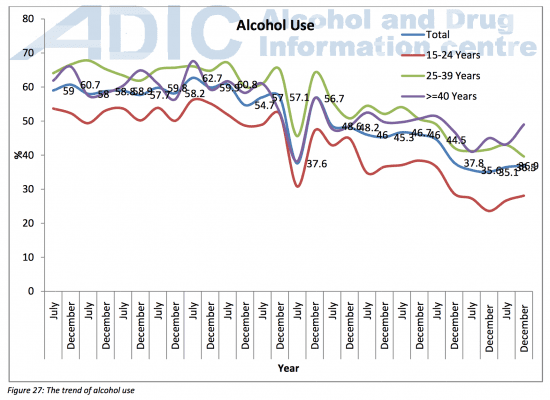 The majority of the current alcohol users were found to be among those belonging to the age group of above 40 years (49.0%). But we have to say that there are too many minors being exposed to and using alcohol. This is a threat to the development of Sri Lanka.

I think that these are crucial figures. My fellow Sri Lankans who are using alcohol spend too much of their income on this harmful substance. But the positive trends we can see in the Household income and expenditure survey 2012/13 is that households spend less on alcohol and other drugs compared to 2009. 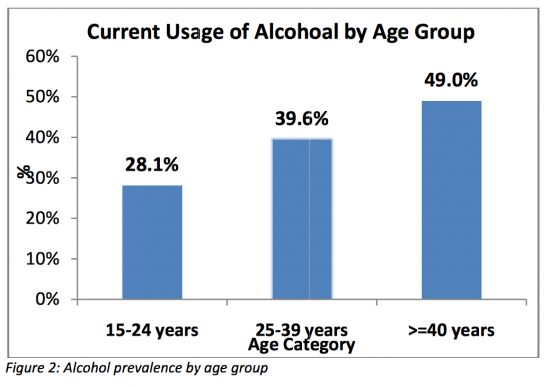 Too many minors are using alcohol

On average, use of alcohol is initiated at age of 20 years. 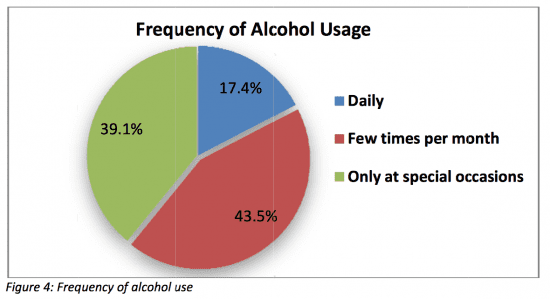 Frequency of alcohol use

Frequency of intake by age 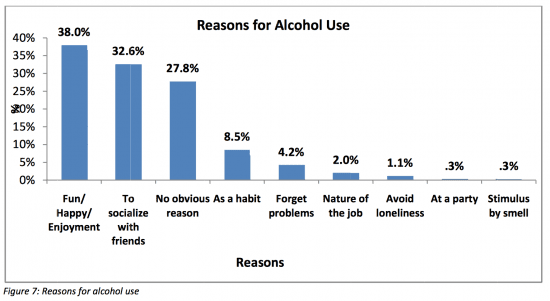 Why people choose to use alcohol

So, we see in Sri Lanka the trend going into the right direction towards more freedom for people, better health and societal development. For sure our work with ADIC is having an impact and for sure the Parliament Act on Alcohol and Tobacco Control from 2006 shows results.

But we also have more work to do: we need to protect children and young people better; we need to support those more effectively who wish to quit using alcohol; we need to protect decision-makers from the aggressive lobbying of the alcohol industry and we need to make sure that both prevention and policy responses are improved.

Department of Census and Statistics: Household income and expenditure survey 2012/13

When “Normal” Is Too Much