How To Prevent Alcohol Harm In Youth

My three take-away lessons from a breakfast seminar with leading alcohol researchers – they are about myself, my friends and our society…

Friday morning, I had the opportunity to participate in a breakfast seminar on a highly important topic, a topic even with personal dimensions for me:

How can society prevent alcohol harm in young people?

I am 29 years old. I have many friends that belong to the group of people who are most at risk of being exposed to alcohol harm.

Worldwide, alcohol use is a leading cause of death, hospital admissions, social problems and economic costs. Every 10 seconds a human dies because of alcohol. Europe is especially at risk. Here the per capita consumption is twice as high as the world average, and in the EU alcohol causes approximately 120 000 premature deaths annually. It means that 12% of all deaths among those aged 15-64 years are alcohol related – as such alcohol has a huge negative impact on the economy.

And this is where my friends and myself come into the picture: As a risk factor, alcohol places a disproportionate burden on youth and young adults, and is a leading risk factor for a variety of youth-related harm including unintentional injuries (e.g. motor vehicle crashes, falls, drowning, alcohol poisoning), violence (homicide, suicide, domestic violence, sexual assault, child abuse and neglect), sexually transmitted infections, unintended pregnancy, addiction, poor school performance, and lost productivity.

A couple of friends I grew up with are alcohol addicted today, many have experienced alcohol poisoning, alcohol-related violence and some of my class mates and friends performed badly in school and/ or university because of alcohol. Remembering these people, their struggles I found my seat in the lecture room and got ready to learn about high-imact measures to prevent such harm. 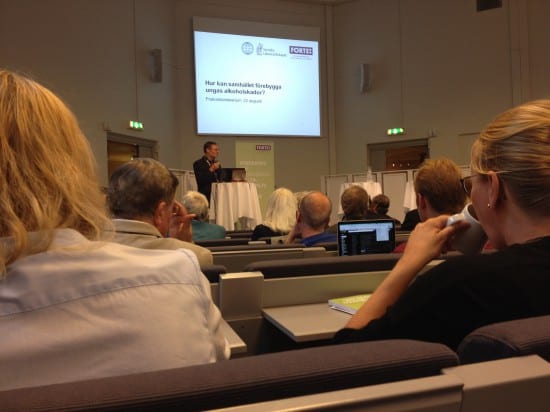 And these are the main lessons I take away from the event:

There is a robust body of evidence demonstrating that early onset of alcohol use and binge consumption at a young age is strongly predictive of excessive consumption, addiction and related alcohol harm in adulthood. Alcohol use in adolescence, particularly risky use, has in a Swedish study also been found to be associated with increased risk of future disability pensions, both pensions at an early age (below 40) and at older ages.

All these facts matter: they matter for my friends and myself, they matter for our communities, workplaces and for society at large. Alcohol use in adolescence could be considered an important marker for future reduced work capacity.

Preventative measures – especially the Three Best Buys in alcohol policy – have been shown to be particularly effective in reducing young people’s alcohol consumption and the harm that ensues. Young people’s alcohol consumption is affected by a number of different factors, such as adults’ alcohol habits, the price of alcohol, bars’ opening hours, advertising, and age restrictions on the purchase of alcohol.

As young people, it is in our own best interest to live in societies that regulate alcohol strictly and treat it for what it is: no ordinary commodity. As society, we all together have a common interest in children and youth growing up safely to become the best persons they can be, to be active contributors in society and future leaders.

The report by IOG-NTO and the Swedish Medical Society (pdf): “Alcohol and Society: 2013 theme youth and youn people“

The video from the entire event, with the question is asked at 1:21:42 into the broadcast. 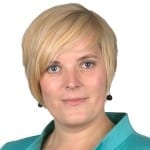