Fifa And Budweiser: A Tale Of Two Soulmates

by Maik Dünnbier Posted on May 28, 2015 in
Alcohol Industry

The context of the Fifa arrests: its corporate partners keep profiting from a corrupt system putting profit over Human Rights and destroying all that stands in the way towards ever higher profits…

My parents tell the story to anyone who wants to listen: I started “playing football” as soon as I could stand on my own two legs. And I came to play my very first match of organised club football at the age of nine. It means that at the age of nine I became part of Fifa, the global governing body of football. And these two things somehow don’t go together – love and passion for The Beautiful Game and being part of the Fifa system.

With every new corruption scandal, every new case of unethical conduct and Human Rights abuses, every new incident of hubris, bullying and ignorance, and with every new case of hypocrisy Fifa is destroying the sport it is supposed to govern and develop. I have written about this topic a number of times in my blog corner and IOGT International has covered some of the horrible practices and hypocritical strategies of Fifa in recent years. And in that process it has become painfully clear to me that watching professional football and playing football myself now have to be kept separate. Playing with a ball, and teammates is still magic and exhilarating. Watching professional football – it pains me to write – has become nothing but morally wrong, because it supports the system of Fifa and allows executives to fill their pockets and bank accounts.

If anything, this week keeps providing prove after prove after prove for that conclusion. On Wednesday morning US and Swiss authorities cooperated to indict fourteen people, with seven of them being held in Zurich. US prosecutors are accusing Fifa officials of racketeering, fraud and money laundering involving tens of millions of dollars over 24 years. The BBC summarises the latest scandal: “Those indicted in the US case are accused of accepting bribes and kickbacks estimated at more than $150m over a 24-year period beginning in 1991. Spelling out details of the US case, Attorney General Loretta Lynch said some Fifa executives had ‘used their positions to solicit bribes. They did this over and over, year after year, tournament after tournament’.”

Fifa responded by promising to kick out corrupt officials.

These individuals and organizations engaged in bribery to decide who would televise games, where the games would be held, and who would run the organization overseeing organized soccer worldwide,” said Attorney General Loretta E. Lynch, who supervised the investigation from its earliest stages, when she was the United States attorney for the Eastern District of New York.

They did this over and over, year after year, tournament after tournament.”

For example, Fifa’s Secretary General Jerome Valcke has been linked with bribery and corruption. However, after having been “released” from his position at Fifa in 2006, he was reemployed and in fact promoted to Secretary General in 2007. Mr Valcke had been instrumental in bullying the Brazilian government into changing its laws to allow alcohol being sold in and around football arenas of the 2014 World Cup.

Budweiser, the brand of Anheuser-Busch InBev (AB InBev) – the world’s largest beer producer, has been sponsoring the Fifa world cup since 1986. Fifa and AB InBev have been tightly collaborating for almost my entire life. And in the course of this collaboration, Fifa has been doing the dirty work for the alcohol industry, to change laws that protect health and well-being, to target children and youth with marketing and to make sure football gets associated with using alcohol.

Fifa garners an unconscious amount of money from corporate partnerships like the one with Budweiser and AB InBev. In 2014, it was $177 million. As “second-tier” sponsor, Forbes reported, AB InBev pays in the range of $10-25 million per year to Fifa. 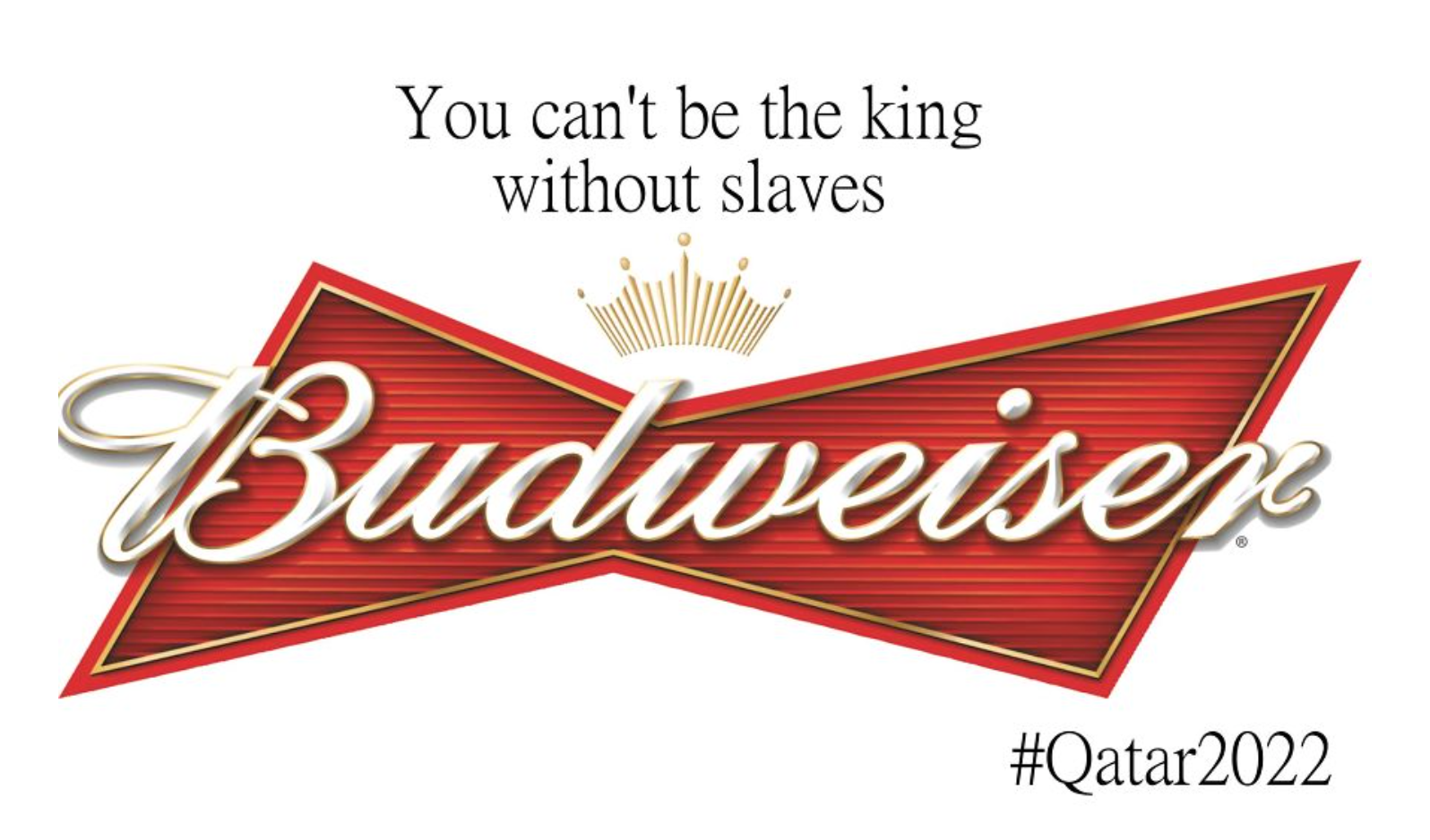 The relationship between Budweiser and Fifa is obviously mutually beneficial. The problem is “just” that it is really bad for the rest of the world, for instance for the children and young people who are exposed to alcohol advertising and the glamorization of alcohol, or for all the people who have to suffer from harm caused by alcohol.

So, how would AB InBev react to this most recent crisis, the arrests and the dimensions of alleged corruption? Reuters reports that Budweiser says it is “closely monitoring the Fifa situation.” Other major sponsors of Fifa and the World Cup have come out stronger and more decisively, among them corporations that are not usually known to inhabit the moral high ground. Hyundai, Adidas, Coca-Cola and Visa have been vocal in their criticism and urge for improvements in Fifa. And the Financial Times reports that

3 second-tier World Cup sponsors — Castrol, Continental and Johnson & Johnson — opted not to renew deals for the 2018 tournament in Russia.

The decisions came after several companies, including Visa and Coca-Cola, publicly criticised Fifa’s handling of its investigation into the bidding process for the 2018 and 2022 events.”

As the article on SportsPro outlines, AB InBev has been working for years with Traffic Sports and Aaron Davidson, President of Traffic Sports USA – one of the indicted parties in the Fifa arrests. So, what is it we know about them?

Business Insider UK breaks the news: “The indictment alleges Traffic Group’s corruption began back in the early 1990s when a deal was cut to acquire the worldwide commercial rights for the Copa America national team tournament, soliciting tens of millions of dollars in bribes to do so, which also included deals for sponsorship rights acquired by US sportswear companies.”

AB InBev has its own track record of charges of bribery and corruption. But what transpires from the latest Fifa scandal is that the self-regulation code of the world’s biggest beer producer is not worth a dime. In their Anti-Corruption and Compliance Manual, they write for example:

Anheuser-Busch InBev […] expects its employees to comply with applicable laws and to maintain the highest ethical standards of business conduct. […] AB InBev has a zero tolerance policy toward bribery and corrupt conduct in any form.”

Reading these words of “zero tolerance” and “highest ethical standards” before the background of decades of Fifa scandals of immoral and illegal practices; and before the background of collaborating with Traffic Group, that has an equally appealing track record concerning bribery and corruption, tells the story of a giant corporation doing anything it can to maximise profits, no matter its own code of conduct.

There is a fitting proverb: You are the company you keep.

The context of the Fifa arrests crystallises now: we see a story unfolding that is not just about Fifa but also about its corporate partners who have been and are benefitting from the system that Fifa has established. We witness a tale of two soulmates with regard to putting profit over Human Rights. The German Public Service Broadcaster, ARD, aired a documentary entitled “Football for sale” in the beginning of May.

This has been a revealing week, if anything. AB InBev and Budweiser are obviously not interested in upholding moral standards. Fifa is obviously not interested in transformative change, to fill the words “ethics” and “moral” with meaning, not just hot air. And so we witness a tale of two soulmates because birds of the same feather do flock together. It’s a very cynical tale because the ones who have to pay the price are the children and youth of this world whose game is tarnished and whose well-being keeps being jeopardised every single time alcohol appears in football.