Our young people are the backbone of India, as per current statistics, 65% of our 1.25 billion population are younger than 35 years of age. To my view, a fundamental fact is that the lifestyle choices of this young generation will have tremendous bearing on India’s immediate and long-term future…

Day by day, young people in India are getting more attracted towards alcohol. The trend is becoming a challenge to society. This is due to the influence of movies, celebrities, brand promotion, and surrogate advertising. Like that the the film and alcohol industries are painting a picture of the Western lifestyle that creates faulty assumptions among young Indians of global trends and lifestyle choices. It’s a serious concern that our youth is picking up the myths that alcohol as fashionable and that it helps to boost up their social levels. Although in India alcohol advertising is baned, the alcohol industries still finds ways to target youth.

According to the Times of India, Bollywood has now been blamed for fuelling India’s love for alcohol. Alcohol use in Bollywood movies is directly influencing the alcohol consumption habits of India’s adolescents, according to a recent study presented at the World Congress of Cardiology.  Overall 10% of Indian students, between 12 to 16 years of age, reported that they had already tried alcohol. But students that had been most exposed to alcohol use in Bollywood movies were found to be 2.78 times more likely to have tried alcohol as compared with those who were least exposed.

Our young people are the backbone of India, as per current statistics, 65% of our 1.25 billion population are younger than 35 years of age. To my view, a fundamental fact is that the lifestyle choices of this young generation will have tremendous bearing on India’s immediate and long-term future.

All said, still India is the land of Gandhi who lived alcohol free and the majority of our population is living free from alcohol and other drugs. In that context, it’s a matter of concern to reverse the trend and decrease the growing alcohol consumption among Indian youth. 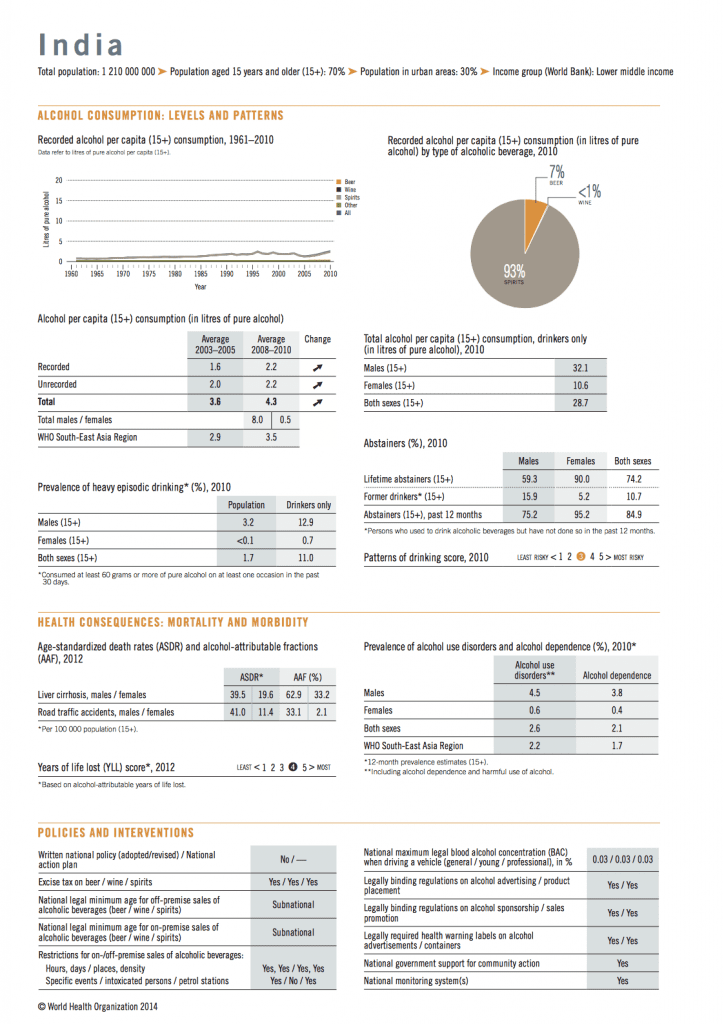 Get to know Srinivas

Namasthe and welcome to my blog corner!
I am Srinivas from India. I’m an IT Professional. Since my childhood I have deep urge for social work.
I am fortunate to have joined IOGT about three decades ago and from there it’s my passion to be a volunteer for the IOGT cause. I’m also Founder and President of Amardeep and Vice President of ITYF, the Indian Temperance Youth Federation.
I want work to help create a world where everyone can live with LOVE, PEACE and HARMONY. It’s my goal to empower young people to enjoy life free from alcohol and other drugs.