Zimbabweans need urgent action against the tide of alcohol harm that has accelerated since alerts in 2002 and poses today a major obstacle to development. Lobbyism of the alcohol industry needs to be reigned in, in order to expose their tactics and exclude them from public policy making, so that the draft alcohol policy can be amended and reflect WHO standards…

Every time I go back to my home country, I get more concerned about the state of the Zimbabwean population. Last time I was there, I read a blog post that pretty much sums up the dire state in its headline: “Drug, Alcohol Abuse Flourish”

Every time I visit, I cannot but notice the number of alcohol outlets that mushroom in the neighborhoods I grew up in.

A paper published in 2002 (referenced in the 2004 WHO Alcohol Status report) already showed clear evidence that alcohol harm is one of Zimbabwe’s four top diseases. At least three million people in Zimbabwe have alcohol use disorders. The paper projected that in the next 20 years, alcoholism will be the country’s number one social problem.

Since 2002 and the scary prediction back then, things have not gotten better, I am saddened to write. 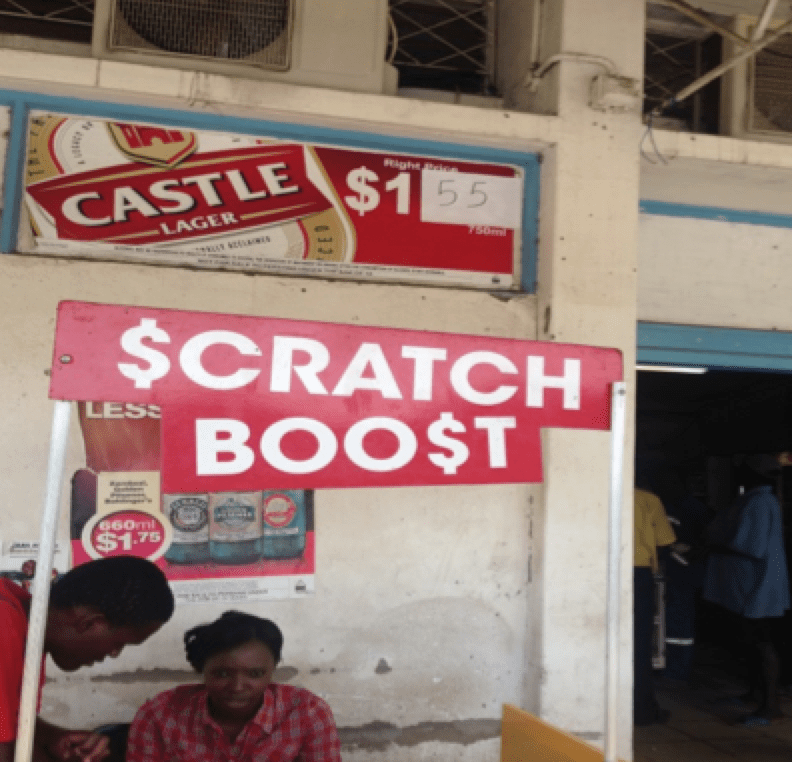 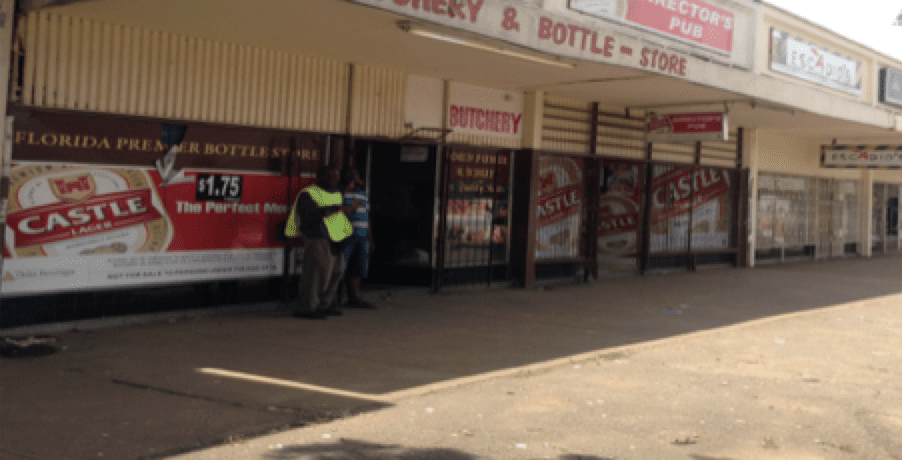 Most of those who are using alcohol at such an alarming rate, state that it is because of the lack of employment opportunities, because of poverty and deprivation.

However the way I see it, if the outlets are not open at 8am like normal businesses, then they would not find a place to purchase alcohol. If the shebeens, and ‘kachasu’ (illicit alcohol) dens, are properly regulated by law, then the epidemic of alcohol harm we are witnessing in Zimbabwe would surely not happen.

Alcohol selling outlets have become ubiquitous in Zimbabwe and this is detrimental to the health of Zimbabweans and only increases the already high levels of poverty.

Incidences of Non-communicable diseases (NCDs) are on the rise all over Sub-Saharan Africa and also in Zimbabwe. The rate at which these diseases have escalated in Zimbabwean society is almost unbelievable. Yet very few people see the link between NCDs and the drug alcohol. That’s a problem because Zimbabweans need urgent action to stem the rising tide of alcohol harm, including the increasing burden of NCDs.

I went walking to the shopping center and there in a space of 400 square meters were 10 beer selling outlets. It now seems to me like every other store is a “bottle store”. In every high density neighbourhood there is a beerhall that sells the sorghum/millet brew and beers. The presence of litter from the ‘Scud’ millet brew and the sachets is disheartening. The saddest thing about this is that any MP, Senator, Minister finds it necessary to open a bottle store in their constituency to show that now they are “in the money” to the detriment of the people.

I had a chance to speak with a couple of civil society guys, one of them Tungamirai Zimonte from Youth Against Alcoholism and Drug Dependency (YADD) and I am informed there is an alcohol policy draft (2010) that was spearheaded by the former Minister for health Dr. Stamps.

Unfortunately, the alcohol bill has the stamp of approval from Big Alcohol and thus needs to be amended before it is tabled in Parliament. The list of acknowledgements has only one Civil Society organization, AA. Most of the contributors are alcohol manufacturers, bottlers, distributors and retailers. Big Alcohol has had enough influence to make sure that excise tax on alcohol never came to be. Over the Christmas holidays, prices of beer fell to below a dollar (US) for a 500ml bottle just to increase sales. 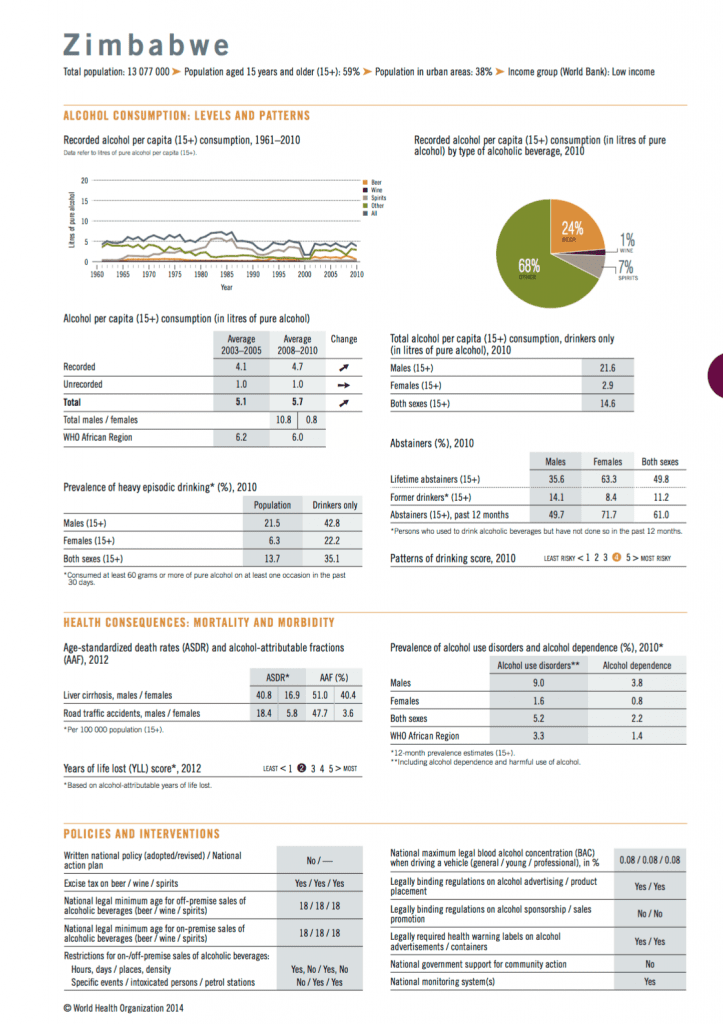 Alcohol use in Zimbabwe according to WHO is high and there’s also a high prevalence of heavy episodic use of alcohol. According the Deputy Minister of Health, NCDs have surpassed HIV/Aids as the main killer of Zimbabweans – alcohol is one of the major risk factors for NCDs.

It seems to me that more has to be done – and urgently so – to ensure that public health and sustainable development are put first and that citizens change their behavior. Healthcare for those who have sustained injuries due to alcohol use is phenomenal and limbs are being lost every day due to complications of diabetes. Many otherwise capable men and women have lost ability to be contributors to society due to accidents. Cancer treatment is the most costly to provide and palliative care is the most common option that people have to take because of the high costs entailed in treatment.

Civil Society has to be included in the Alcohol Policy Draft amendment and Big Alcohol needs to be excluded from public policy making in order for public health and sustainable development, not shareholder returns to be made a priority. YADD is right now planning a launch of the amended alcohol policy so that it may be presented to the Ministry of Health for consideration. This step is vital because the policy will mirror the WHO alcohol policy guidelines – as outlined in the 2010 WHO Global Alcohol Strategy – and not the current alcohol producer’s template.

My fellow Zimbabweans need urgent action and initiatives like YADD deserve all support possible to stem the rising tide of alcohol harm, to expose the alcohol industry, and to work for preventing and reducing this massive burden on development.