It was in Edinburgh that I was standing almost two months ago, talking on the main topic of GAPC – the Global Alcohol Policy Conference ”Momentum for change: research and advocacy… Read more »

It was in Edinburgh that I was standing almost two months ago, talking on the main topic of GAPC – the Global Alcohol Policy Conference ”Momentum for change: research and advocacy reducing alcohol harm.”

The focus of my presentation was ”The Case Of Mainstreaming Alcohol Policy In Global Women’s Rights And Gender Equality Political Processes.”

Let’s look at the title of the GAPC bit by bit. When it comes to research – we have facts on our side and IOGT International has been promoting them frequently for at least 3 years. We participated at the Commission on the Status of Women 57th, 58th and 59th adding more and more evidence on alcohol related violence against women every year. 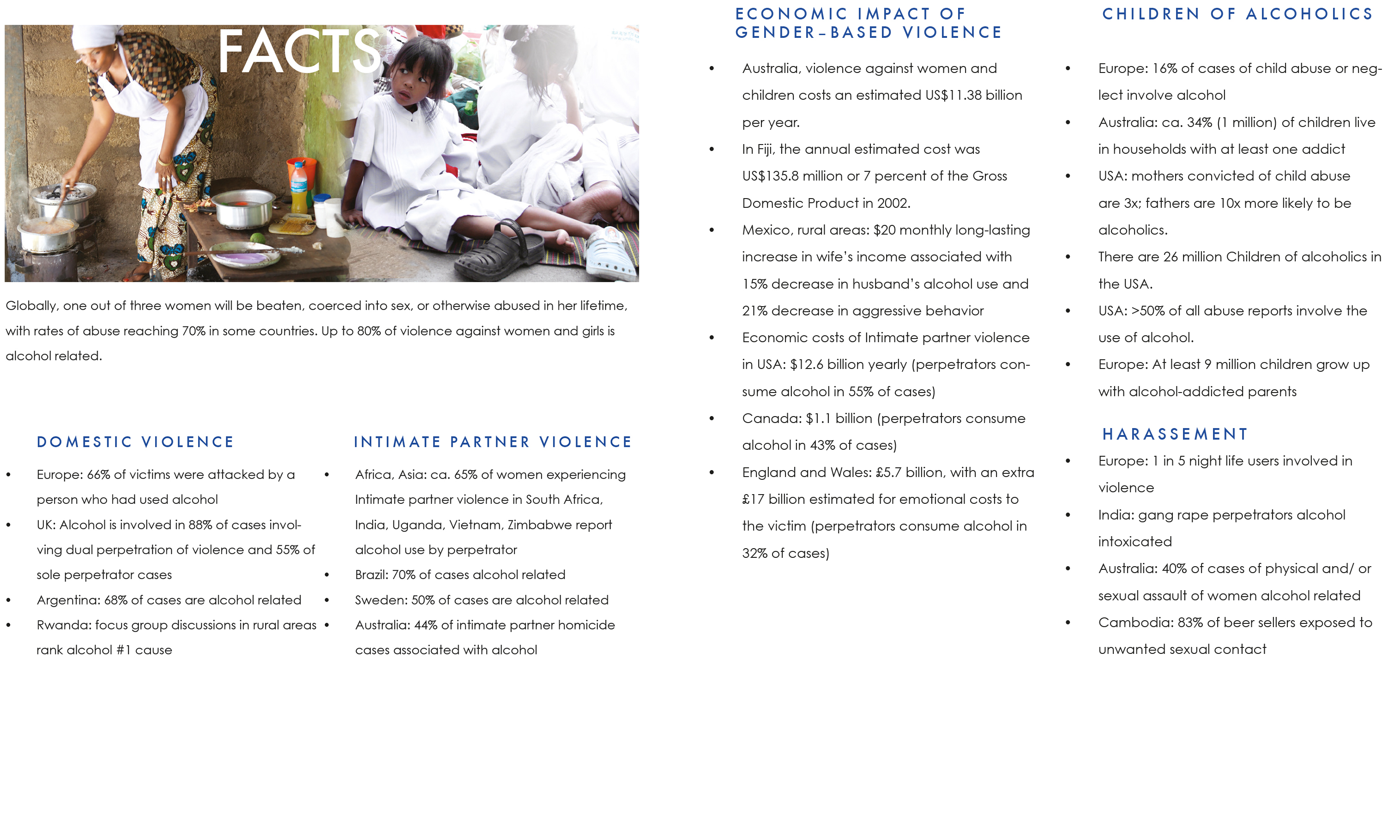 Now it is time for taking the research to the next level, which is advocacy. When speaking about momentum, we definitely have momentum on our side. In the parallel session I mentioned several resolutions and reports that open the door for our work. And the momentum is growing. How do I know? 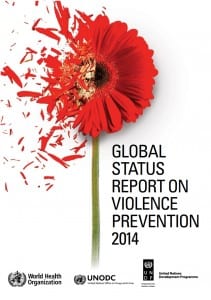 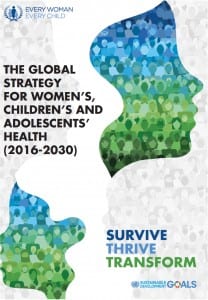 Besides already existing documents such as the Global Status Report on Violence Prevention 2014 and the Global Strategy on Women’s, children’s and adolescents’ health 2016-2030 (that has been released just some months ago and includes alcohol taxation as a state revenue that could be invested into improvement of health of women, children and adolescents), just few days ago, on the International Day for the Elimination of Violence against Women, two new documents have been released. 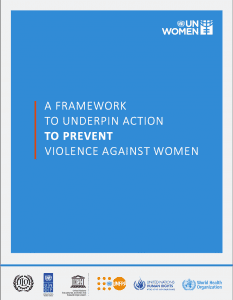 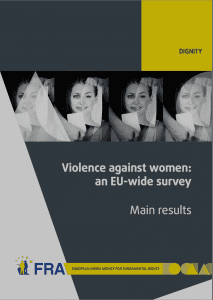 In her speech, “Now is the time for talking about concrete measures, not generalities” the Executive director of UN WOMEN Phumzile Mlambo-Ngcuka, underlines the need to focus on prevention measures:

An average of 35% of women are living with violence, rising to 70% in some societies. In all its forms, in its crippling and even fatal effects, the dehumanization and devastation of women and girls is a terrible burden for individuals and all our communities and our families to carry. It is a gross violation of women’s rights, it directly saps the capacity to grow and flourish, and leaves a legacy of perpetuation among the children who witness and experience it. It has to be stopped at the source—prevented before it happens. That is what we should be discussing.

The Framework to underpin Action to prevent Violence against Women suggest regulation of alcohol availability through reducing number of outlets, regulating trading hours or prices through taxation as successful prevention practices.

This is where I see the doors open. Research. Advocacy. Action. The organisations that work towards preventing violence against women now have a solid ground for taking concrete steps using alcohol policy measures as a prevention mechanism. 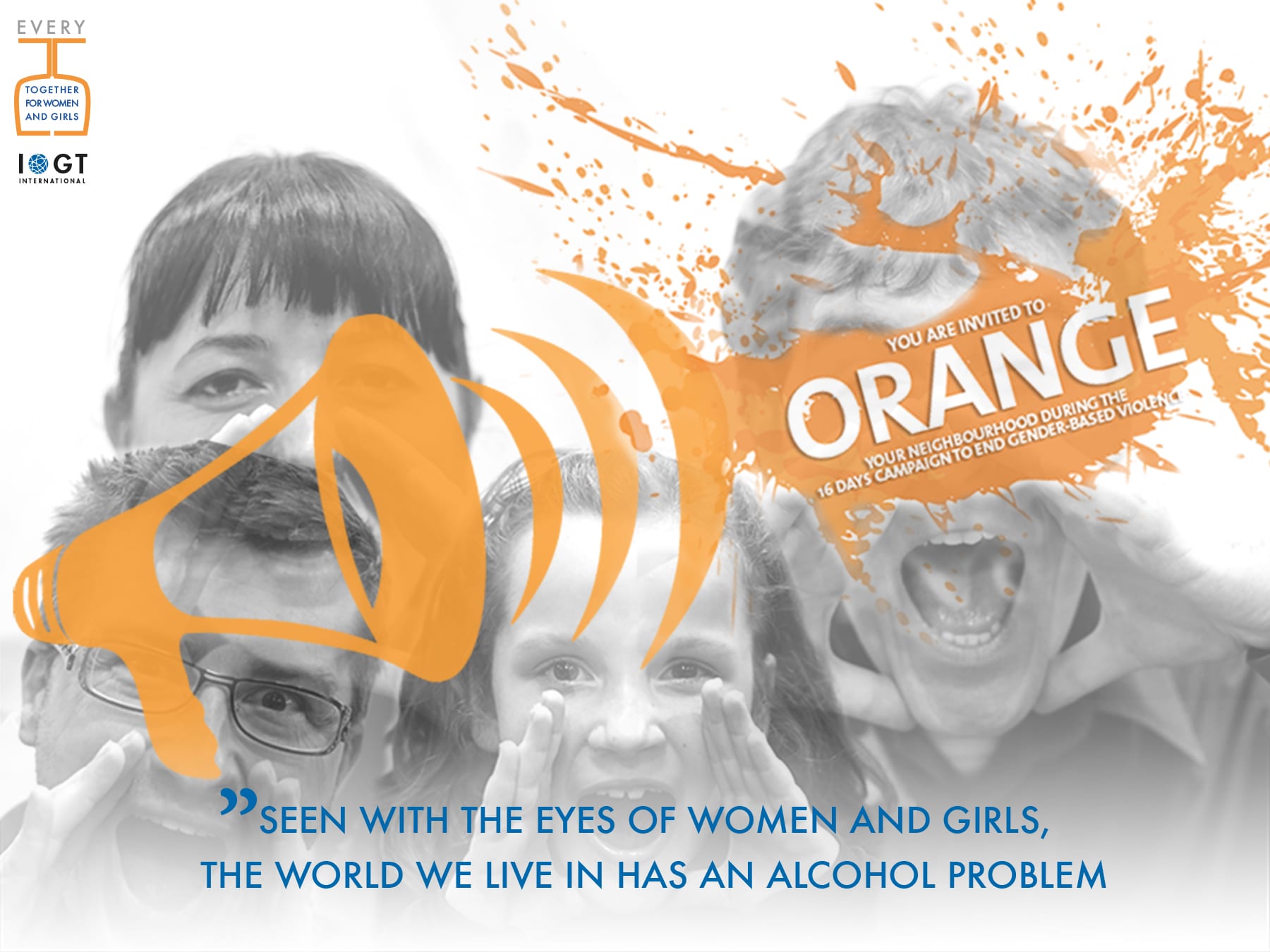 Now during the 16 days of activism our member organisations orange the world through sending our open letter to their governments highlighting the effectiveness of three best buys that contribute to reduction of cases of violence against women.

Two months later after talking at the GAPC about open doors, the two documents published on 25th of November 2015 are like a red carpet for governments to implement the three best buys in the interest of creating safer environments for women and girls and preventing one of the largest epidemics burdening them.