Bhutan has adopted a comprehensive alcohol policy, after more than four years of work – and part of that journey was the IOGT International World Congress in Thailand in 2014…

In October 2014, we held the 68th World Congress of IOGT International in Cha Am, Thailand and I had the honor and privilege to be part of the organising team.

At the World Congress, we had a number of special guests and among them was Mr. Tandin Chogyel, National Counterpart, Sr. Program Officer, at the Mental Health and Substance Abuse Program, of the Department of Public Health at the Ministry of Health. 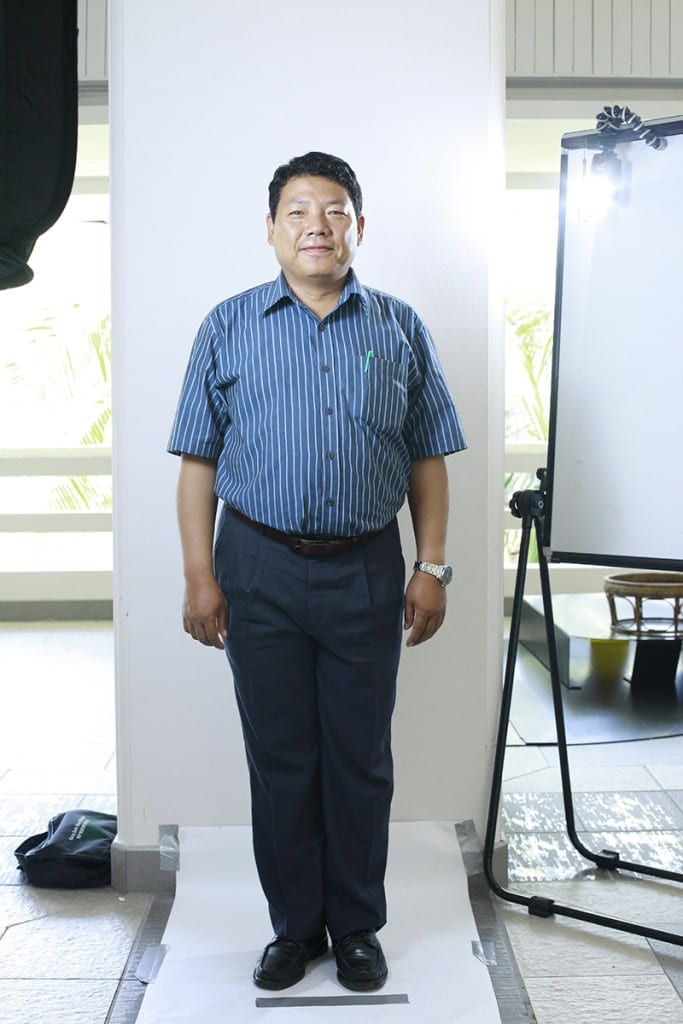 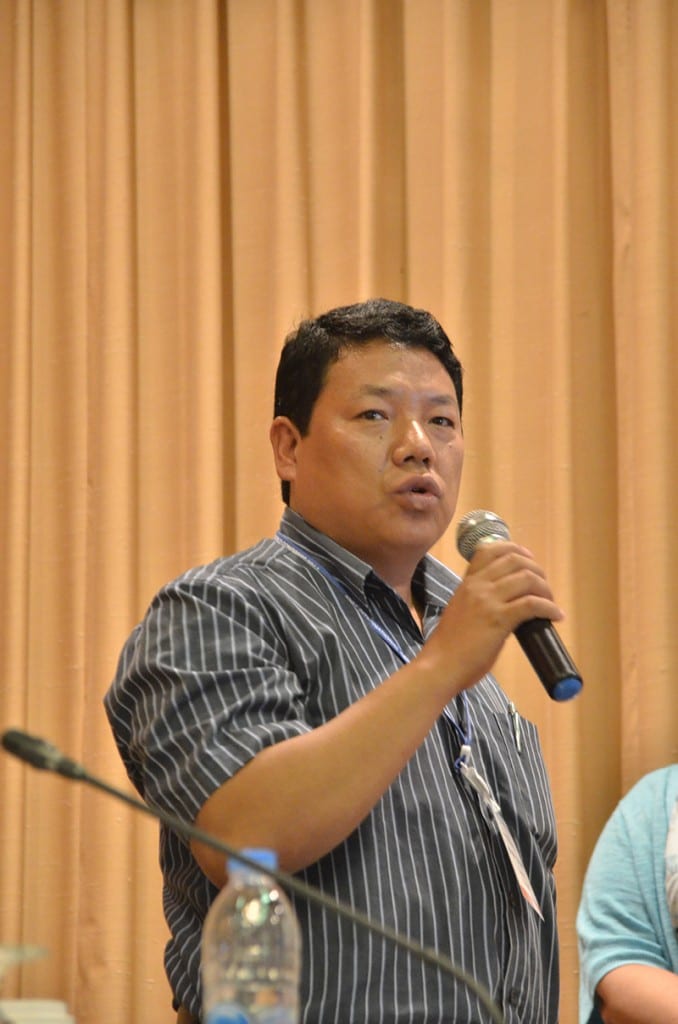 During a workshop, taking the floor

Recently Tandin wrote to us saying:

Now Bhutan Government has approved the National Policy and Strategic Framework to Reduce Harmful use of Alcohol. This is my biggest achievement as I have been working on this since 2011.”

The Royal Government of Bhutan had paved the way already in 2010, when the need to address alcohol harm through alcohol policy featured in the Ministry of Education’s National Youth Policy.

Alcohol liver disease (ADL) is the number one cause of death in Bhutan, with one death in every two days being linked to ADL. The problem has reached epidemic proportions: in 2005 there were 1217 ALD cases but in 2014, the government recorded more than 3000 cases, the numbers of ALD associated deaths have also been increasing since 2005.

That’s the background for Tandin’s statement.

On December 2, 2015, the government approved the National Policy and Strategic Framework To Reduce Harmful Use of Alcohol (2015-2020). As you can imagine from Tandin’s statement, the process had been long and difficult. It started more than four years ago, in June 2011.

Per capita adult consumption of pure alcohol is 8.47 litres, which is higher than the average global consumption of 6.2 liters. There are 5,407 alcohol outlets in the country today or one outlet per 98 Bhutanese (aged 15 and above). And as unlicensed outlets are believed to be ubiquitous, the outlet density is considerably higher with illegal outlets included in the figures. There pervasiveness of alcohol use in Bhutan causes tremendous alcohol harm: 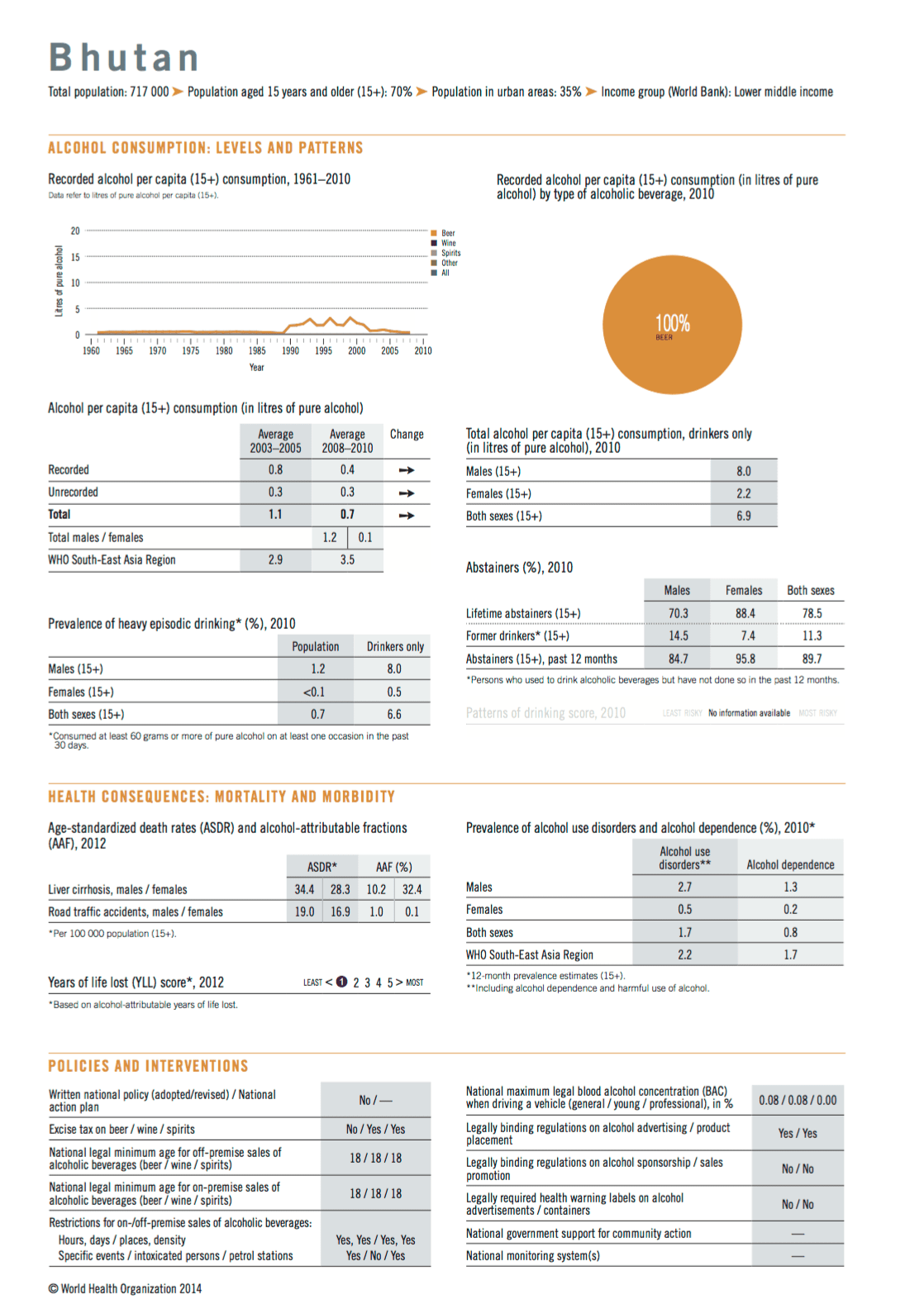 Inspiration from the World Congress

We were honoured and delighted to host Tandin in Cha Am and to discuss with him a number of the issues above. In a special session on alcohol and women, we explored how alcohol policy could help to reduce and prevent gender-based violence. In a high-level panel on alcohol as an obstacle to development, we explored ways to address alcohol harm and prevent alcohol induced poverty.

We were able to bring Tandin together with world class scientists, like Dr. Thaksaphon Thamarangsi, Prof. David Jernigan, or Prof. Monica H. Swahn and in this way provide expert insights on issues such as “alcohol use, GBV, and HIV/ Aids“, “alcohol industry strategies, especially marketing” and “building alliances for alcohol policy movements“.

I congratulate Tandin on his work and I congratulate the Health Ministry and whole government for their commitment and effort to see this through.

We are glad and proud to see this comprehensive policy now. It addresses the three best buys for preventing and reducing alcohol harm: decreasing alcohol availability, affordability and regulating marketing.

Long before our 68th World Congress did we work with the government of Bhutan and advised them on the alcohol policy development. But of course, credit belongs to many more influential and decisive people and actors, from the region and from around the world, that provide support, expert advise, inspiration and encouragement. We are happy to have been one among them all.

Royal Government of Bhutan: “The National Policy and Strategic Framework to Reduce Harmful Use of Alcohol (2013-2018)”

Alcohol Policy in Bhutan: Recommendations for the National Strategic Framework for Reducing Harmful Use of Alcohol in Bhutan. Report to Ministry of Health, Royal Government of Bhutan WHO Regional Office for South-East Asia, By Thamarangsi, Junsirimongkol, Waleewong, Tessuwan