Below is Finn’s beautiful and emotional text, narrating the story of Claude, a Rwanda genocide survivor… 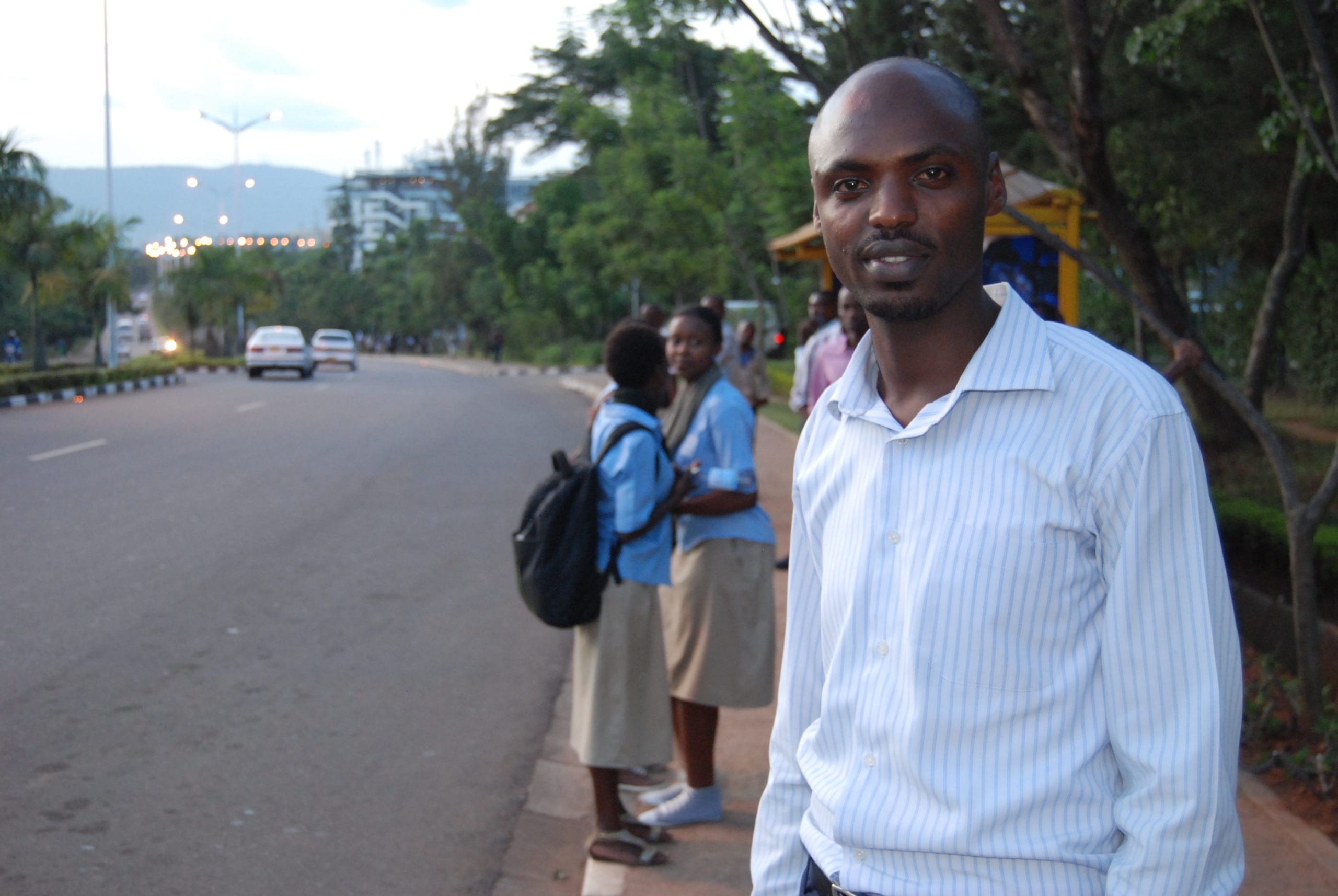 Finn used to be a colleague of mine, a journalist working to promote development in East Africa. When he used to work for Radiohjälpen – the foundation of the Swedish Public Service, donating to humanitarian causes – we collaborated closely for a while and I had the privilege of getting to know him and his story better. Therefore I asked him for a contribution to our blog series on Holocaust Remembrance Day.

Below is Finn’s beautiful and emotional text, narrating the story of Claude, a Rwanda genocide survivor.

It is not until today, when I have a family of my own, that I can handle my wrath and the urge for revenge. But the pain remains because we never found my mother and my sisters.  I cannot simply let go of the remote hope that they could actually be alive. Sometimes I am even out on Facebook looking for them.

Claude Rutayisiri is 35 years old, tall, lean, elegant. Recently married with a one-year old son. He has a well-paid job as an economist in the Rwandan capital Kigali. Almost 22 years after the genocide, he is a symbol of a miraculous national recovery.

The detailed, planned and highly organised extermination of the minority group tutsis was launched late on the eve of April 6, 1994. The human slaughterhouse also targeted any moderate hutu obstructing the extremists who orchestrated the horrific killings during one hundred days. One million people lost their lives until an invading guerrilla army based in Uganda forced the murderers into DR Congo, then called Zaire.

The tragedy not only left Rwanda totally obliterated and traumatised, the repercussions shook the whole region. An exodus of refugees and the UN’s failure to disarm the genocide army in eastern Zaire and establish any kind of peace ended in chaos. The “interhamwe”, the killer militia, is still among the armed gangs controlling Congolese mines and terrorising the civilian population.

Rwanda itself, however, did not deteriorate into revenge and anarchy. RPF, the guerrilla army that put an end to the genocide, has managed to gradually re-create a well functioning society from the ruins. And through honouring the mantra of “never again”, Rwanda is well on its way to achieve its first main goal: Peace, reconciliation and development until there is a new generation who do not carry their own memories, a new generation without traumas who can lead the way.

But Claude Rutayisiri remembers. He lived in a small village in Eastern Rwanda together with his grandmother, mother and two sisters, 7 and 9 years old.

My grandmother walked out on the main road to find out what was happening. When we heard that she had been murdered, our mother decided that we must escape into Tanzania. We survived on the small dirt roads – where people were hacked and beaten to death – because of an armed policeman who protected us.

He was hutu – but an old friend of the family. However, along the way he was spotted by a local mayor who shouted: “Why do you protect these cockroaches?! Then we will kill you, too!”

That´s when mother sent us three children away. She said: ‘My boy, you may survive without me, you know how my ID-card marks me as a Tutsi!’

In the darkness and through a national park, Claude finally managed to cross the bridge at Rusumo Falls, from where the outside world saw the first pictures of the genocide: Swollen bodies tumbling down Akagera River, later to become the Nile.

I couldn’t understand what it was, the bodies had turned almost white and did not look human at all.”

Claude was 14 years of age and the sole survivor of the whole extended family. He later learnt that his mother had been seen sitting on the ground at a road block with militia men beating her. The sister’s fate is still unknown. The hutu policeman was also murdered.

I sat in a refugee camp in Tanzania for two months, in total chock. But a family in the camp employed me as ‘houseboy’ and I could follow them back into Rwanda when our village had finally been liberated by RPF.”

During the first years, Claude refused to return to school.

What future was there? Everything was gone. Everyone was gone.

I started hanging around in bars, consuming beer, smoking cannabis. But eventually, after many years, I managed to go to Kigali and get a University degree.”

Claude regained strength through joining new communities. A church choir. A work place. But above all a wife with the same history.

When I started meeting girls, I realised it did not work unless she could understand my state of anxiety. Unless she was actually alone in the world like me, without any family.”

For many years, Claude could not face his past. During the so called commemoration week every April, he used to isolate himself, never turning on the radio.

I have never spoken to anyone before about this. Maybe it is easier because you are neutral, a friend from outside.”

Claude’s recovery to life is parallel with the one of his country. Rwanda is often labelled an African success story with rapid growth and considerably improved education, health care and infrastructure. It is regarded the safest and least corrupt country in Africa, investor friendly and with a unique gender equality.

But even more admirable: Although survivors and perpetrators had to live side by side, Rwanda succeeded with a pragmatic national reconciliation scheme.

My own inner pain will always be there, especially when I think of my sisters. But as a people, as a nation, we are now together. There are no more hutus or tutsies. We are all Rwandans.