Alcohol sports sponsorship is big business, especially in football and the UEFA Champions League. It has become a premium platform for the alcohol industry to associate alcohol with glamor, performance, success – all messages targeted at children and youth…

Today, in a few hours, one of the most watched annual sporting event takes place: the UEAF Champions League Final. This year Real Madrid and Atletico Madrid meet in the legendary Stadio San Siro in Milano, Italy. It’s a match of two arch rivals, from the same city, fueled by a history of contests dating back to 1928. And it’s a match with incredible star power and global reach:

This star power drives the global reach and massive interest in the Champions League Final. It is one of the most widely-viewed television events on earth. When Barcelona FC beat Juventus Torino in final last year, UEFA estimates that 180 million people in 200 countries were watching. Those numbers are an increase from the 2014 UEAFA Champions League Final, when Real Madrid came from behind to defeat Atletico Madrid. The ratings for the 2015 final were up by 18% – a number that’s expected to increase again for the 2016 contest.

Just to keep these figures in context: Super Bowl 49 (2015) was estimated to have 114.4 million viewers globally. The Champions League final this year will come close to 200 million people watching.

Such a platform to reach millions of people around the world is expensive. For its biggest sponsorship deal Heineken pays $70 million per year to obtain the UEFA for Champions League rights.

The relationship dates back to 1994 when the competition was in its infancy. Since 2005 Heineken switched to using the event to promote Heineken on a global basis as the Champions League television coverage expanded throughout the world.

International Marketing Reports (IMR), a sports marketing and digital television intelligence publisher, writes about the Heineken’s strategy to capitalize on its investment:

Heineken has been one of the pioneers of developing social media to activate its sponsorships and its Champions League Star Player online competition, in which fans have the chance to predict match outcomes live, has been hailed as one of the most effective social media activations produced to date.

In [football] it is about reaching large numbers of fans globally and creating awareness and a link to the brand.

The brand has notably avoided sponsorship/pouring rights of individual teams. The rationale, according to Heineken, is that the company is a ‘great host’ and as such it wants to be at the heart of events and consequently takes event, rather than team, rights.”

Making the investment pay off

The Heineken sponsorship deal is scheduled to run until the end of the 2017/18 season. Heineken works tirelessly to bring “its sponsorship to over 220 countries and territories via marketing and PR efforts”, for example through activities such as the “UCL Trophy Tour presented by Heineken, which has visited 26 countries in Africa, Asia, North and South America.” 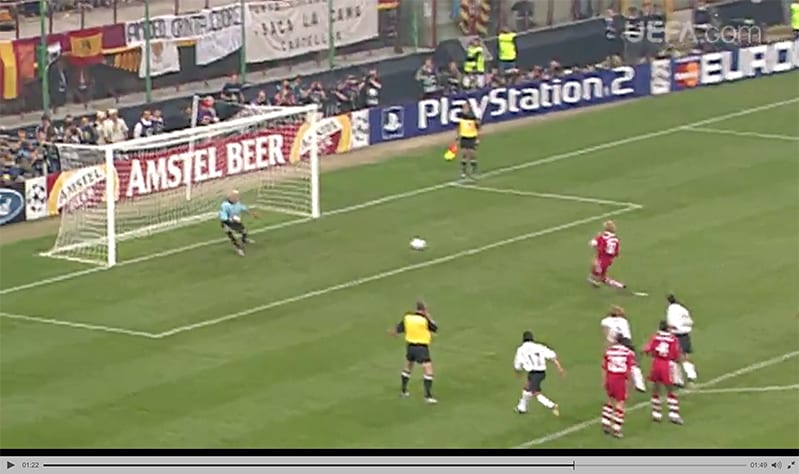 The best teams and the best players want to compete here, aiming to reach the pinnacle to club football. Winning is the ultimate goal; it promises lucrative deals and sporting glory. And for Heineken all of it promises more profits.

Looking beyond the profits and glory…

All these staggering sums, the global reach, the millions of people watching – all of it sounds awesome. And I’ve been watching most of the matches in the past two decades. I’ve been watching the dramatic games and the beautiful plays, the stars performing on the highest levels and teams from my own country reaching the top.

But there’s also a dark side. And we can no longer close our eyes to it. In fact, we must open our eyes to it: alcohol marketing targeting children. 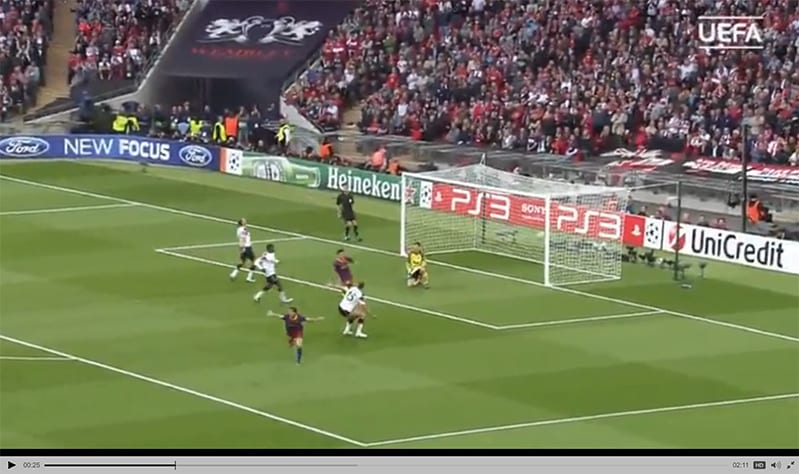 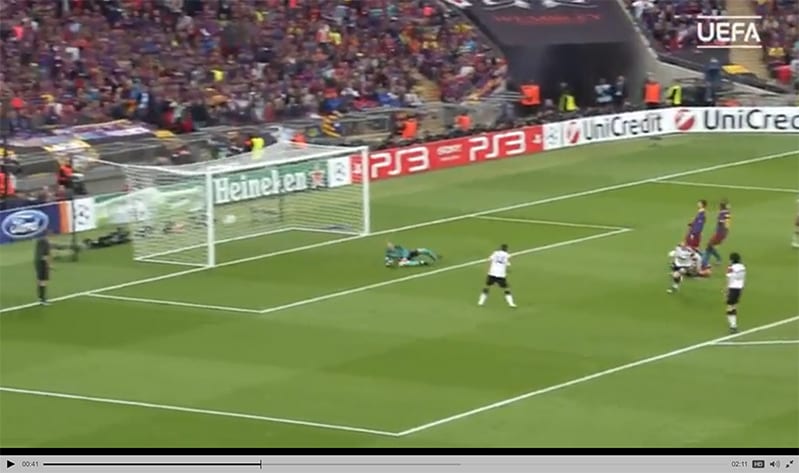 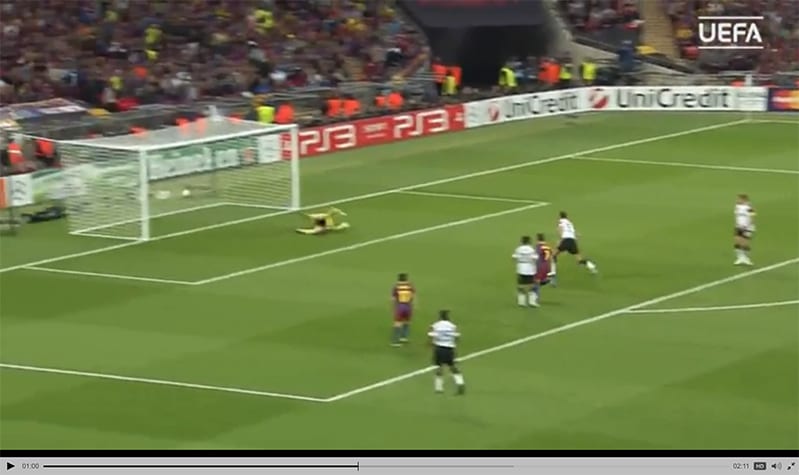 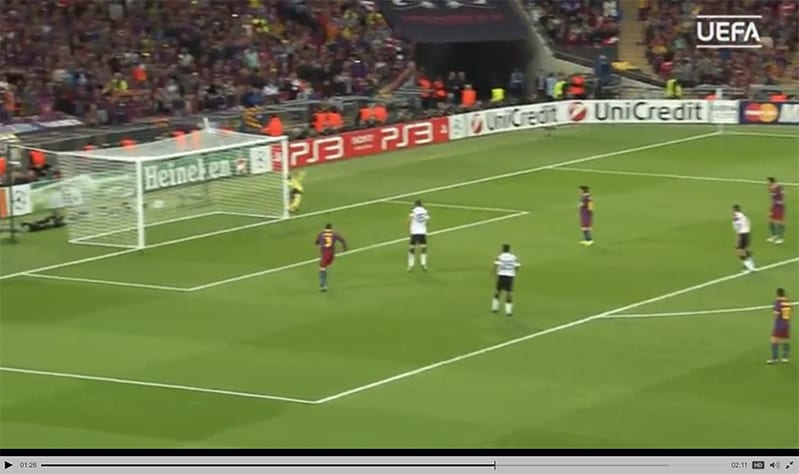 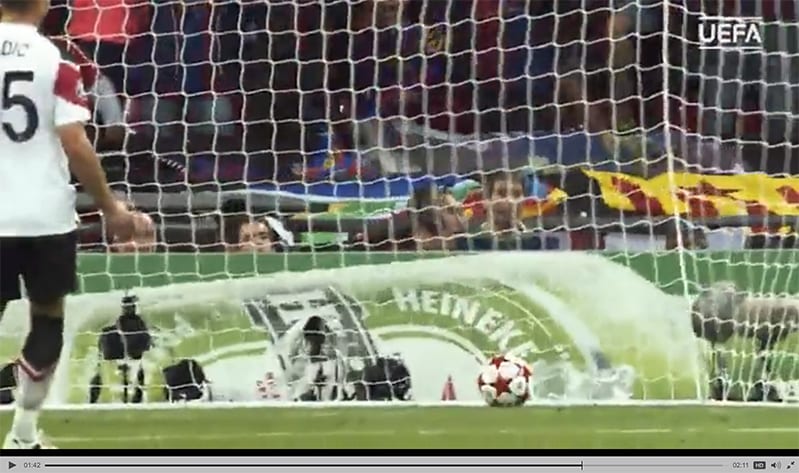 The glory and the drama, the heroic sports performances, the outstanding achievements – all are being connected to an alcohol brand, forever associated with beer.

Heineken is clever. Putting its brand right behind the goals ensure eternal visibility. It ensures that in all highlight films the beer brand will be shown, always in connection to the proudest of feelings, the most glorious of moments, the pinnacle of sporting achievements. I’ve watched both of the matches. In 2001 I was cheering for Bayern Munich. 15 years later those memories are still vivid. And in the background of it all: a beer brand. In 2011 I marveled at the artistry and beauty of the Barcelona game. And 5 years later I still remember the magic of their game. And right there is Heineken, in the middle of it all.

But it’s not even just the game. It’s everything that Heineken does around the game.

Heineken knows how to use star power. It knows how to capitalize on star power. And in doing so, it contradicts its own “responsibility” messages. Beer is everywhere, all the time. It’s glamorized, normalized and it is in fact made indispensable.

The Science Group of the European Alcohol and Health Forum (EAHF) concluded in 2009:

Alcohol marketing increases the likelihood that adolescents will start to use alcohol, and to consume more if they are already using alcohol.”

Evidence shows that children and youth are much easier to influence with marketing messages than adults. The alcohol industry, including Heineken, know what they are doing. They are producing lifetime consumer, brand loyal consumers. And the UEFA Champions League is providing a premium platform to the alcohol industry…

This has to stop. Children and youth around the world deserve better.

Get involved against the alcohol industry’s unethical marketing practices and for the protection of children and youth. Join a global movement…

Check out BigAlcohol.Exposed and our dedicated page about alcohol marketing targeting kids…