This summer, all kids will see is the tight and seemingly natural connection between football’s biggest star(s) and alcohol. With every report, every film clip, every press conference, Heineken (and Carlsberg and more…) executives and shareholders will be hearing the sound of bank notes in their greedy hands. For a whole summer, children will be primed to recognize alcohol brands, to like alcohol brands and to associate alcohol brands with good times. And it doesn’t even makes sense because many sports heroes are outspoken about living free from alcohol to protect their health and boost their performance…

The very first football shirt I bought myself was a Newcastle United shirt.

For youth consecration, a ceremony especially celebrated in East Germany in which teenagers are given adult social status, my parents had given me a truly awesome gift, one that would turn out to be life changing. They gave me a two-week long language trip to Christchurch in Dorset, England. It meant school during the summer break. But to me it meant the world. I was infatuated with everything English, especially the manners, the language, London, and football and the recent European Championships (which Germany won). So, it was a lucky coincidence that my host family would be die-hard football fans. They supported Manchester United, the team that had just that summer won the triple of National championship and national cup, plus the Champions League.

Some things are black and white

So, the very first football shirt I bought broke the hearts of my host family, especially my host dad was shaken. I bought it as a souvenir. But it was a black and white shirt, not a red one. I couldn’t afford a ManU shirt, and a German player was at Newcastle United – so it made sense to me. It was the summer of 1999, a few weeks before I’d turn 15, and my first football shirt had an alcohol brand on its front. 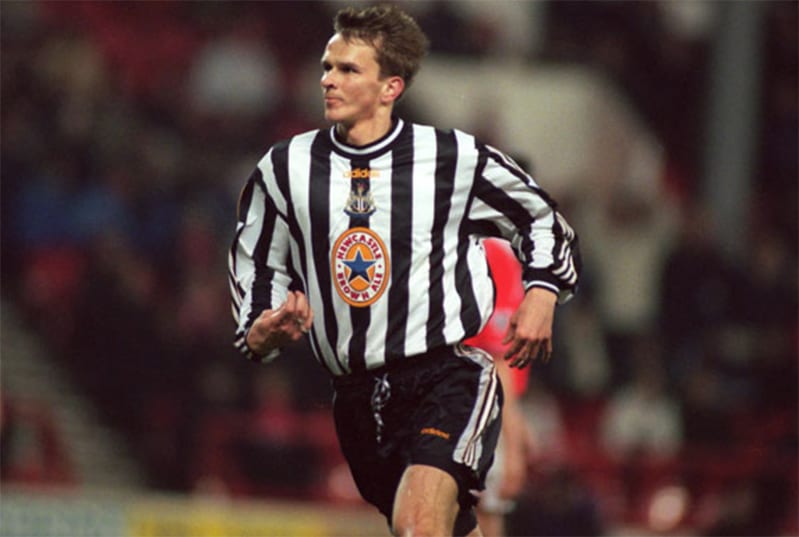 I still have the shirt. And I have been wearing it as often as possible ever since the summer of ’99 – first on every occasion I could and as I got older as talisman. My only opinion of the beer brand was that it made the shirt look cool and that it fit to the club.

I still remember my excitement when my friend and I stood in a Swedish Systembolaget, the government-owned monopoly shops, many years later and found Newcastle Brown Ale bottles. I had never seen it in Germany but in the shelves of a Gothenburg Systembolaget, I recognized it and we bought a few. 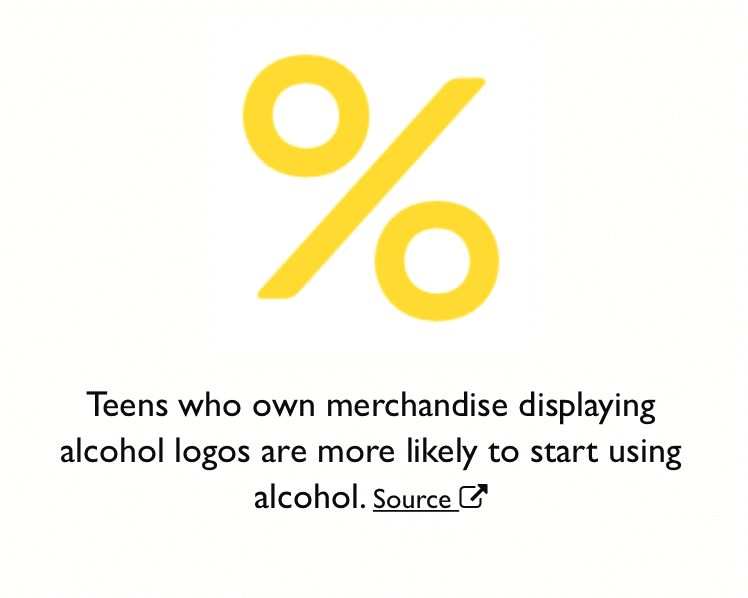 That was then, and only my personal experience. It’s merely anecdotal evidence. But today I know, what the alcohol industry, including Newcastle Brown Ale and its owner Heineken knew all along: Teens who own caps, shirts, and other merchandise displaying alcohol brand logos are more likely to use alcohol. And children like me, who love to watch sports on TV are more likely to be exposed to alcohol ads compared those who watch non-sport TV. Like my Newcastle shirt, this is a black and white issue. Big Alcohol uses sports, like the EURO 2016, to target children and youth with their brands. It’s unethical and wrong.

Knowing where the goal is

Better than the best strikers in football, the alcohol industry knows there the goal is. Kids!

Children are easier to influence than adults. Alcohol brand communication promises loyal consumers in the long-run. Exposure to alcohol ads makes kids start using alcohol earlier, and if they have started already, to use more of it. Youth who saw more alcohol ads on average consumed more alcohol, each additional advertisement increasing the number of drinks consumed by 1%.

Enter sports heroes and the EURO 2016

We know that overall exposure to brand-specific alcohol advertising is a significant predictor of underage youth alcohol brand consumption, with youth ages 13 to 20 more than five times more likely to consume brands that advertise on national TV.

Alcohol sports sponsorship is harmful because it glamorizes alcohol, associates alcohol brands with adventure, success and sporting excellence. It totally marginalizes other aspects of the sport. For example, the young fans following Cristiano Ronaldo this summer, do they know he chooses to live free from alcohol? 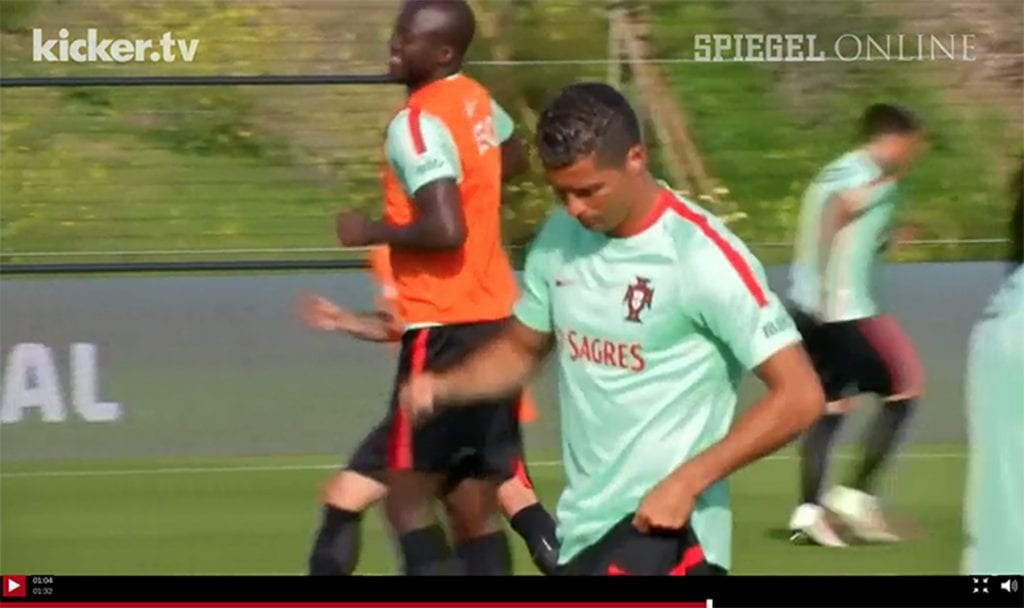 Sabres is the biggest beer in Portugal and is owned by multinational corporation Heineken – that uses the brand to gain market shares among the Portuguese-speaking population around the world.

But if Heineken is out of place anywhere, it is out of place on the chest of Cristiano Ronaldo who has spoken to youth about the importance of avoiding alcohol and other drugs.

But this summer, all kids will see is the tight and seemingly natural connection between football’s biggest star(s) and alcohol. From every Portuguese training session media has been reporting, Sagres was teaching kids that alcohol belongs. And with every report, every film clip, every press conference, Heineken (and Carlsberg and more…) executives and shareholders have been hearing the sound of bank notes in their greedy hands.

And it doesn’t even makes sense because many sports heroes are outspoken about living free from alcohol to protect their health and boost their performance. But I’m afraid these massages are not making it through to children and youth. 17 years ago, I just bought a football shirt. It had an alcohol brand on it – and among other things this alcohol promotion put me in harm’s way. 17 years later not much has changed for kids in Europe and around the world. The alcohol industry is still an a bonanza targeting kids. 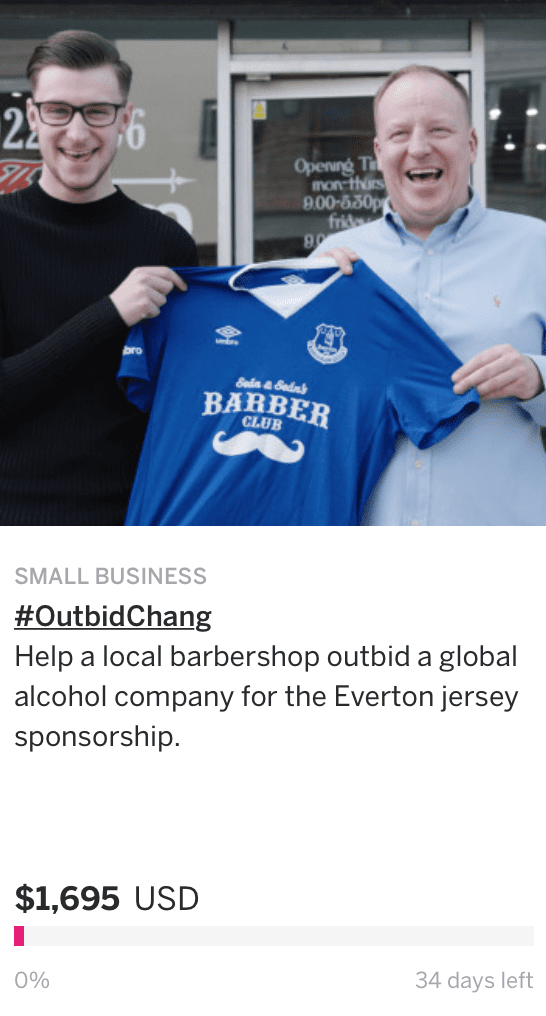 If you want to do something about it, I have an awesome campaign for you. You have the unique chance to help two local barbers send a strong message that kids deserve protection from Big Alcohol.

Sean and Sean, from Bootle in Liverpool have started a crowdfunding campaign to replace a giant beer brand from the shirts of Premier League club Everton FC.

Join David versus goliath and make sure we #OutbidChang.

Their sponsor is Chang beer, a brand from a Thailand-based multinational corporation. They have a long-term sponsorship deal with Everton FC, but this is being renegotiated after next season. We want to replace Chang Beer with our local barbershop The Barber Club, located close to Everton’s home stadium Goodison Park.

And that’s where we need your help – every penny counts and every cent takes us closer to our goal!