Four football players from one national team. Jakub Błaszczykowski, Arkadiusz Milik, Krzysztof Maczynski and Kamil Glik who all have more than football in common. All four of them lost their parents to alcohol use. Their childhood was not about running around after the ball happily and lightheartedly. They got to witness death and poverty. They had to experience anger and resentment…

Honestly. I could not care less for football. I have never done that. I considered the sport slow, with too little happening and very often no results. Two or three goals during 90 minutes game are too little of excitement for me. Falling players rolling on the grass, very often pretending the extent of pain became easily too boring. Or upsetting.

But my life circumstances have made me follow football a little bit. I pay attention especially to the big events such as European Championship and World Cup or Champions League.  I sometimes watch LaLiga, Bundesliga or recently Premier League.

Football gathers too many people for me not to care about it, if I want to understand human beings. Players, fans and the alcohol industry are part of my life and of the game. Everything that is happening around football – from corruption, to violence just reflects the society on a smaller scale. So I follow.

This year’s European Championship screams louder and louder with happenings that have very little to do with the game but are unfortunately closely connected with football.

Aggressive fans that attack each other, Carlsberg violating French law prohibiting marketing of alcohol in sports with their “Probably” messages as well as the corruption of UEFA. So football matters to me these days and leaves me disillusioned most of the time.

But then something happened. A friend of mine has sent me an article about the Polish team. And I cried while reading it.  As football gathers so many people, it reflects our society well, which means – it also involves people who have experienced the darkest sides of alcohol use. Of course. Why would football be an exception from this paramount everyday problem? The article tells a story about several football players from the Polish National team who grew up in families disrupted by heavy alcohol use of their parents.

It is telling heart-breaking stories of Jakub Błaszczykowski, Arkadiusz Milik, Krzysztof Maczynski and Kamil Glik who all have more than football in common. All four of them lost their parents to alcohol use. Their childhood was not about running around after the ball happily and lightheartedly. They got to witness death and poverty. They had to experience anger and resentment. Jakub witnessed the murder of his mom by his own father who was under the influence of alcohol. Arkadiusz hardly remembers his father who passed away when Arkadius  was just 6 years old. Kamil lost his father to the same problem as 19 year old teenager. Krysztof’s father, who was a heavy alcohol user, has left their family which was already balancing on the knive’s edge of extreme poverty.

One National team – four players with similar pasts. All of them have decided to choose the other way – to openly avoid promoting alcohol use and be positive role models for their own children and their fans. That is a rarely seen act in the world of football.

One National team – four players carrying heavy stories about alcohol use in their family.  Imagine how many more football players run their 9 – 10 km per match on the fields where at the same time Carslberg beer aggressively promotes their toxic product telling everyone about it being probably best in the world. Isn’t that cynical? Isn’t that sad?

The article I read portrayed the environment where these four players grew up. Families living in poverty, alcohol available on every corner, easy for any child to buy it. Easy for any person to get one more bottle of cheap vodka. Even for persons with obvious alcohol problems.

You cannot fight the disease of dependency on your own. Society needs to meet you half-way and give you a helping hand, a fair chance at recovering. A help would for example be to remove all the commercials encouraging people to reach for alcohol to socialize, to spend free-time, to cope with their problems.

When reading about the conditions of these football players – I myself travel back in time to a place called Bytom, Poland that I have visited many times in the last 4 years. There are the poorest areas of the EU to be found in Bytom. I travel back and see the destroyed places where there is nowhere to play, nowhere to spent free time but easy to get alcohol whenever needed or wanted. We know that alcohol use in these areas is pervasive but the options for support and help are minimal.

In this place of Bytom, Poland – one of the poorest urban areas in the EU – I’ve met many children whose childhood is disrupted by their parents’ alcohol problems; children that IOGT Poland works tirelessly for. It’s heart-driven work, day and night to create alcohol-free, safe and supportive environments. It’s work that seeks to enable kids and empower them to chase their dreams – despite the bad odds. 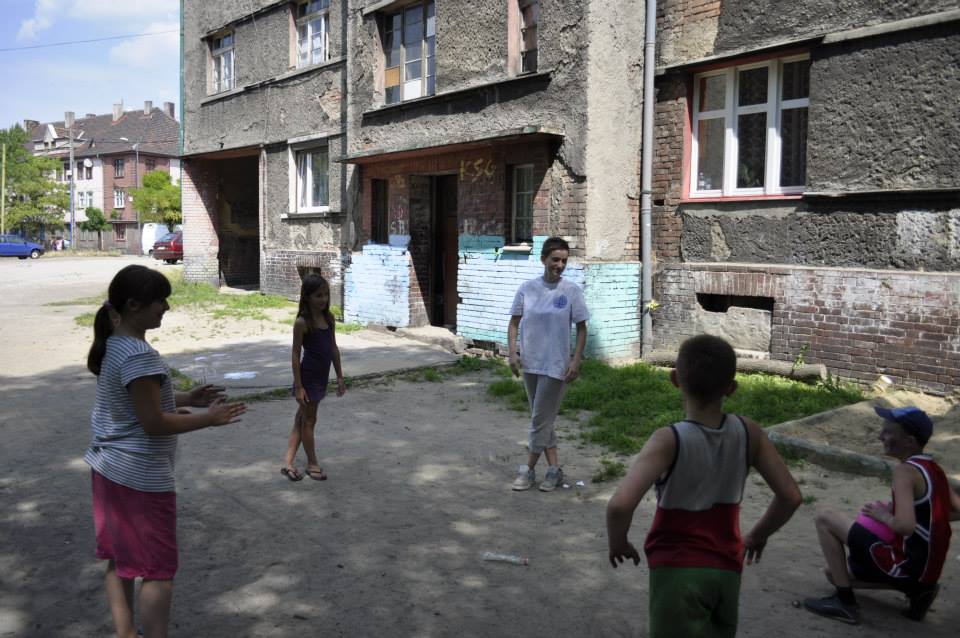 It’s outstanding work – and the Polish football stars know how much it is needed in places like Bytom, Warszawa and so on. But IOGT Poland also has a huge opposition – the alcohol industry. Encouraging parents and encouraging children to reach out for their product.

Football is not innocent in this crisis of silently suffering kids. Football is not living up to its promise – only few can become stars on the biggest stage. But more could be protected and empowered to live healthy lives. Football’s governing bodies like Uefa, football associations like the Polish one and football clubs need to take their responsibility and break up with alcohol industry. They need to play fair; they need to respect the stories and background of the best players; and they need to respect and work to include the most vulnerable and marginalized young kids. They need to prioritize the players – on all level – instead of the big money from gigantic alcohol corporations that are on the hunt after new customers, and cause so much harm and suffering.