by Esbjörn Hörnberg Posted on October 31, 2016 in
Human Rights, IOGT

165 years of history have brought about many proud achievements and have seen the organization face and overcome many, many challenges. Esbjörn takes us down memory lane, and right into the future of the global IOGT movement…

I had the honor of addressing his Excellency the President of Sri Lanka Mr Maithripala Sirisena along with the members of IOGT International gathered for our 165th anniversary celebration and conference. For a few minutes, I took my brothers and sisters through the 165-year long journey of IOGT. In my blog, I’d like to share that story with you.

Utopia lies at the horizon.

When I draw nearer by two steps, it retreats two steps.

If I proceed ten steps forward, it swiftly slips ten steps ahead.

No matter how far I go, I can never reach it.

What, then, is the purpose of utopia?

It is to cause us to advance.”

The words of the Uruguayan novelist Eduardo Galeano are my special kind of mantra that I carry with me when working in this proud organization.

IOGT International celebrates 165 years and our vision and mission is still so relevant.

165 years of relapses. Come back, try again, come back you deserve it.

165 years where we in IOGT International all are part of one family that has gone far beyond borders. Borders of gender, borders of sexual orientation, borders of nations, borders of ethnicity, religion and race.

If you compare 165 years with the history of this Great Country Sri Lanka, IOGT was born soon after you had abolished the slavery system and during the period you shifted from coffee to tea. It might seem very recent in time, but when you look into the world of voluntary organizations, we are seniors. 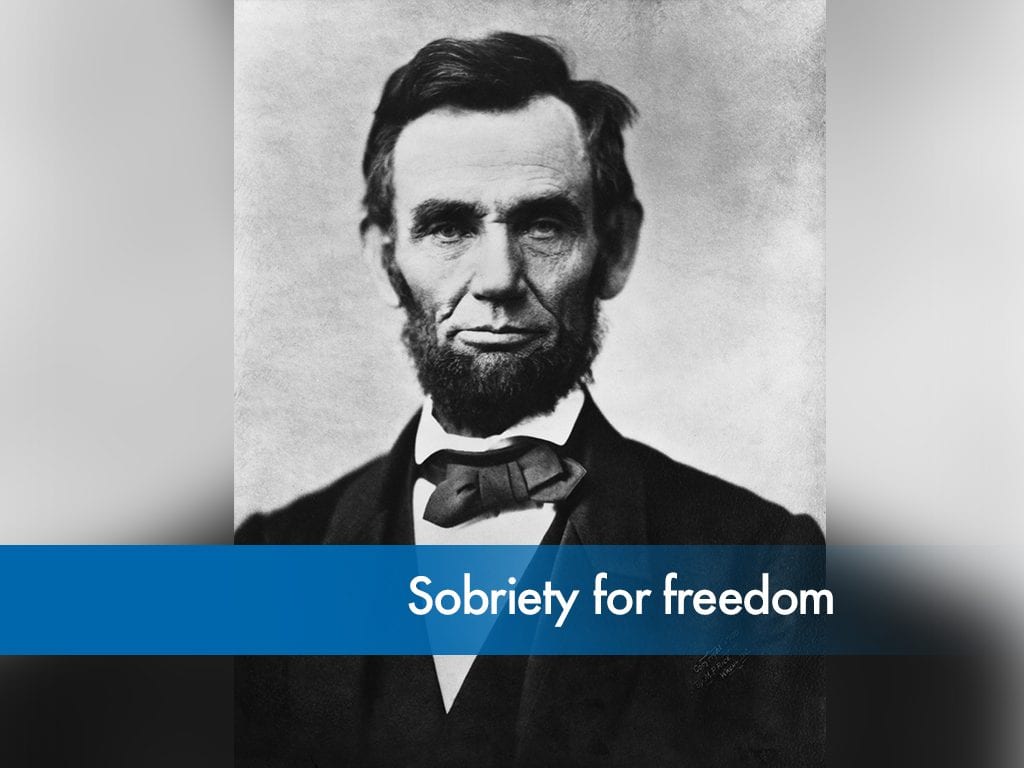 IOGT was not the first group advocating a lifestyle free from alcohol and other drugs. There was a sporadic growth of such organizations in the early decades of the 19th century, particularly in North America, the United Kingdom and in other parts of Europe.

The history of IOGT begins in a small town, Utica, New York, with a tiny group of people greatly dedicated to alleviating poverty and improving the lives of ordinary people, to equality and inclusion of all human beings and to active citizenship.

They gathered to form a group and ignited a candle: they called themselves “Good Templars” and they ignited a candle in their meeting room to radiate openness, warmth, friendship and the hope for a better life, free from alcohol harm, poverty and hate. 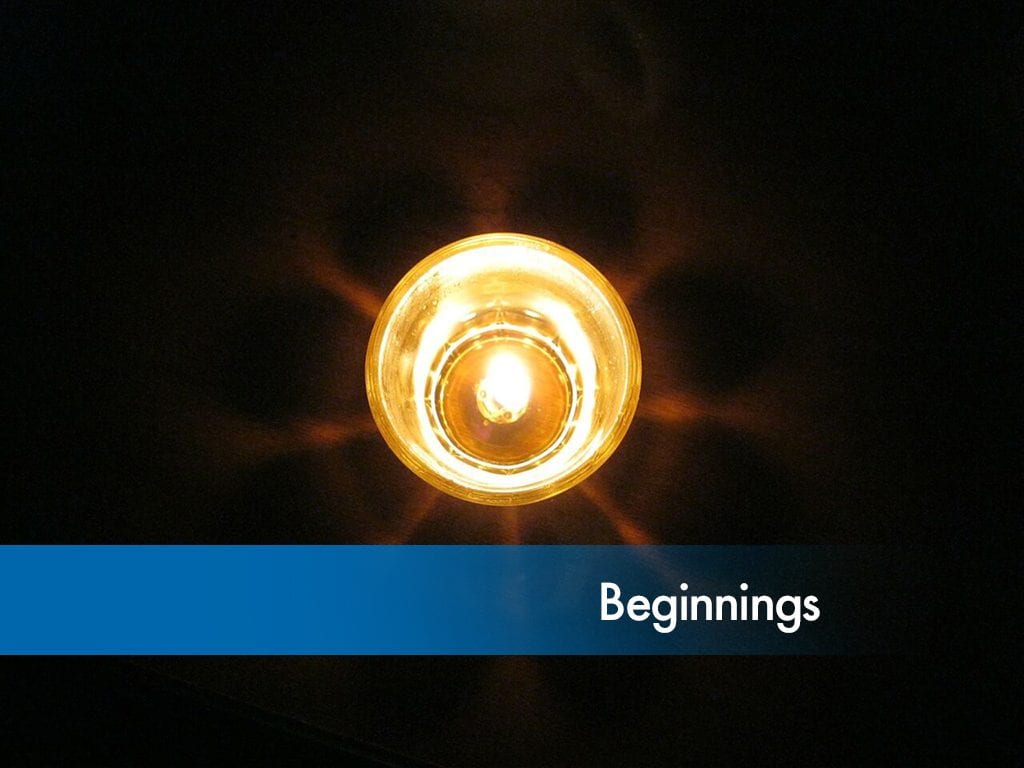 From its start and inception IOGT was different from any other American fraternal organization because it was more than an abstinence organization.

IOGT declared in favour of equal rights for all human beings, regardless their gender, ethnicity, religion and socio-economic background.

This set of values set IOGT apart, put it ahead of its time – a time where slavery was rampant still and where women did not have voting rights yet. 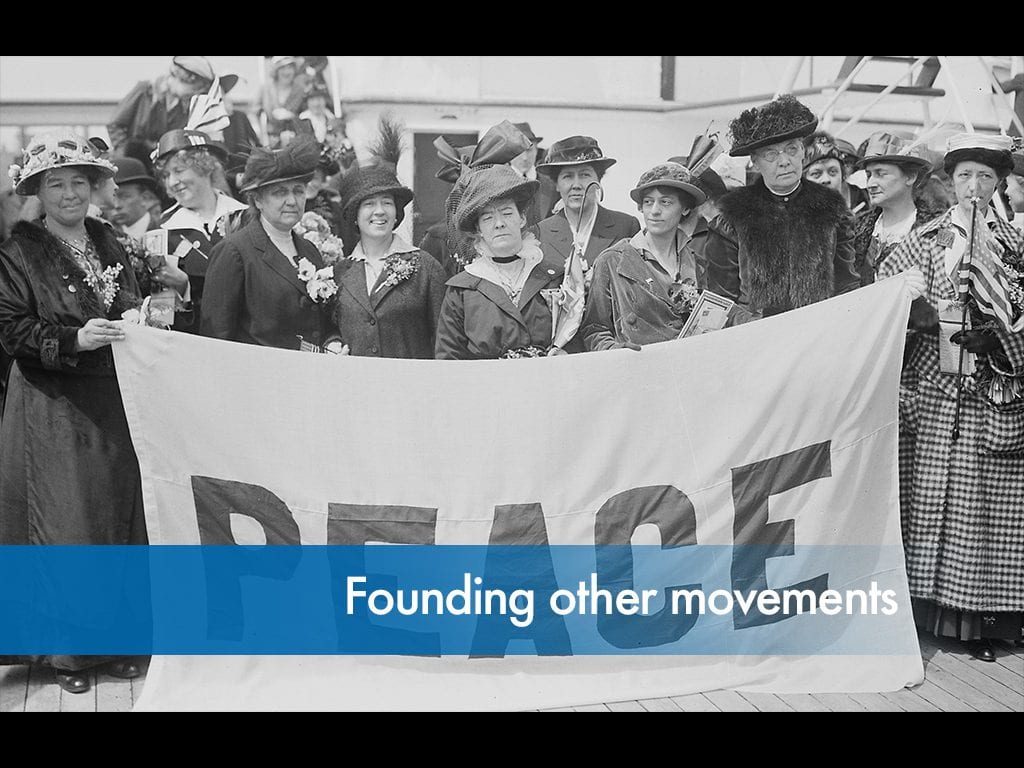 After its birth IOGT was an American organization but this would change soon, as a number of British IOGT members, among them the great leader Joseph Malins, went back to the UK and took IOGT with them.

Malins, a child of an alcohol addicted father himself, started an IOGT “lodge” in Birmingham, England in 1868, and just two years later the local IOGT branches formed the “Grand Lodge of England” – IOGT in England. By 1900 more than 2.5 million people had joined IOGT in England and Scotland.

From England, IOGT spread to the European continent and the rest of the world. Within three years IOGT was thriving in the rest of Europe, the Indian Sub-Continent, Africa and Australia. 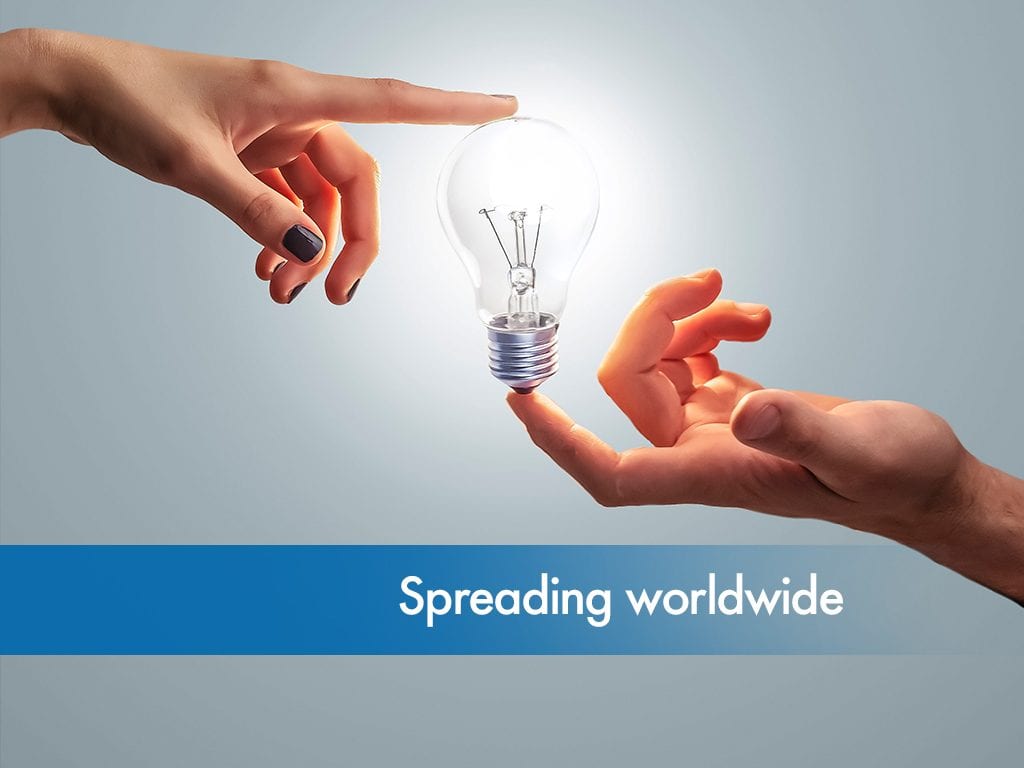 And still we are expanding. The ideas from 1851 will meet the needs and dreams of young people in different parts of the world, mainly in Asia and Africa. But there is a growing movement also in Europe and America, but with other working methods and tools.

Our meetings here in Sri Lanka is the best evidence of that.

Of course, an organisation like ours has faced many challenges as well. From the start the slavery system in the US dived the groups. When the reunification came, it was also as a result of pressure from other IOGT members outside North America. The apartheid system in South Africa was another issue, where the local groups were divided by the state.

But the most difficult time I believe was with the rise of Hitler in 1933. The German IOGT was forced to leave IOGT International and was disassembled by the Nazis.

IOGT was banned in several more countries and its leaders were persecuted. Only a few years after the catastrophe of World War I, humanity suffered from another disaster: World War II and the Holocaust.

World War II adversely affected the IOGT work. The global movement lost ground in almost all countries and ceased in a fair number. But despite the hardships and suffering IOGT International stood by its internationalism and strengthened its role as peace organization. 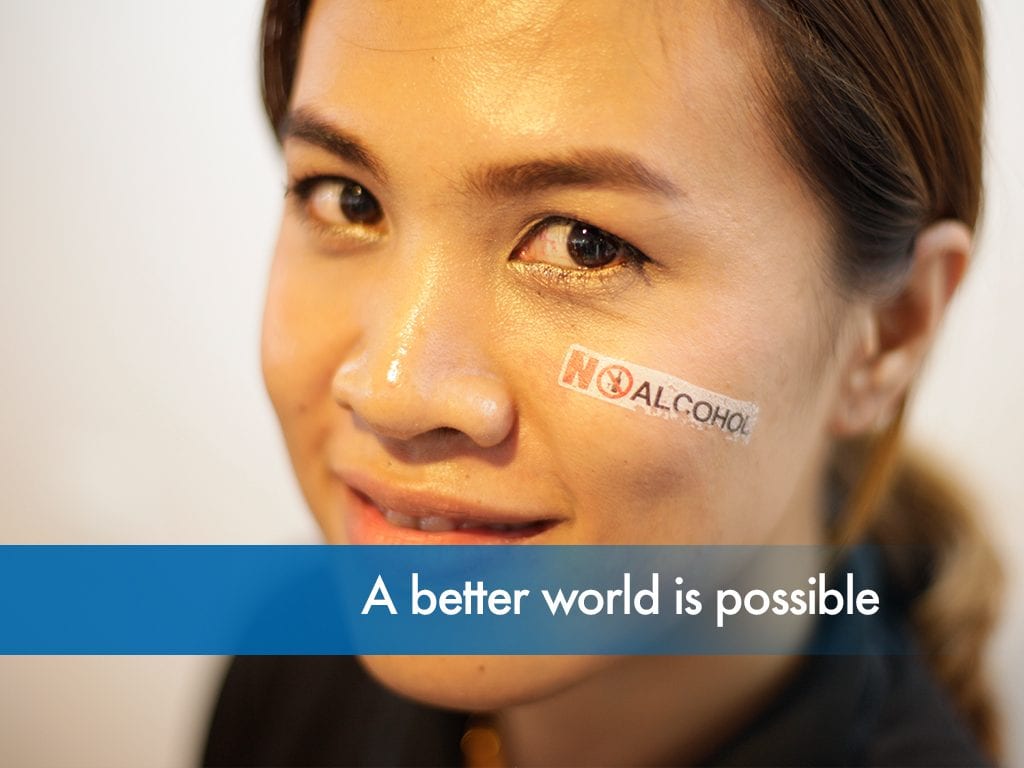 In 1951 IOGT International celebrated the 100th anniversary of its birthday

It is also the year of one great tribute to the work done during that century: 23 Member of the Swedish Parliament had nominated IOGT for the Nobal Peace Prize.

The IOGT advocated racial equality and it promoted the idea of brotherhood. The nominators emphasized the correlation between the temperance movement and the peace cause, as well as IOGT’s efforts to promote personal development, peace and cooperation between social groups, races and nations.” 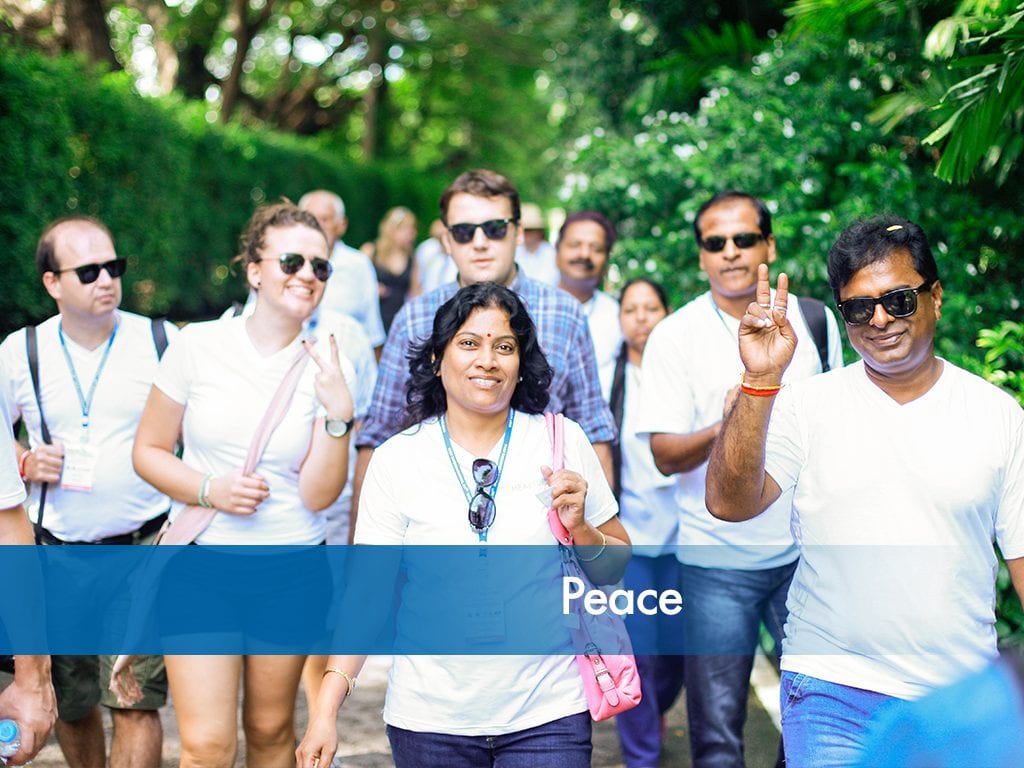 From the beginning, IOGT was founded on the principle of equality. It meant that women not only were welcome to join as members, but also that they were able to take on more responsibility by being board members. In 19th century USA, IOGT was the first organization of its kind to “allow” female members. 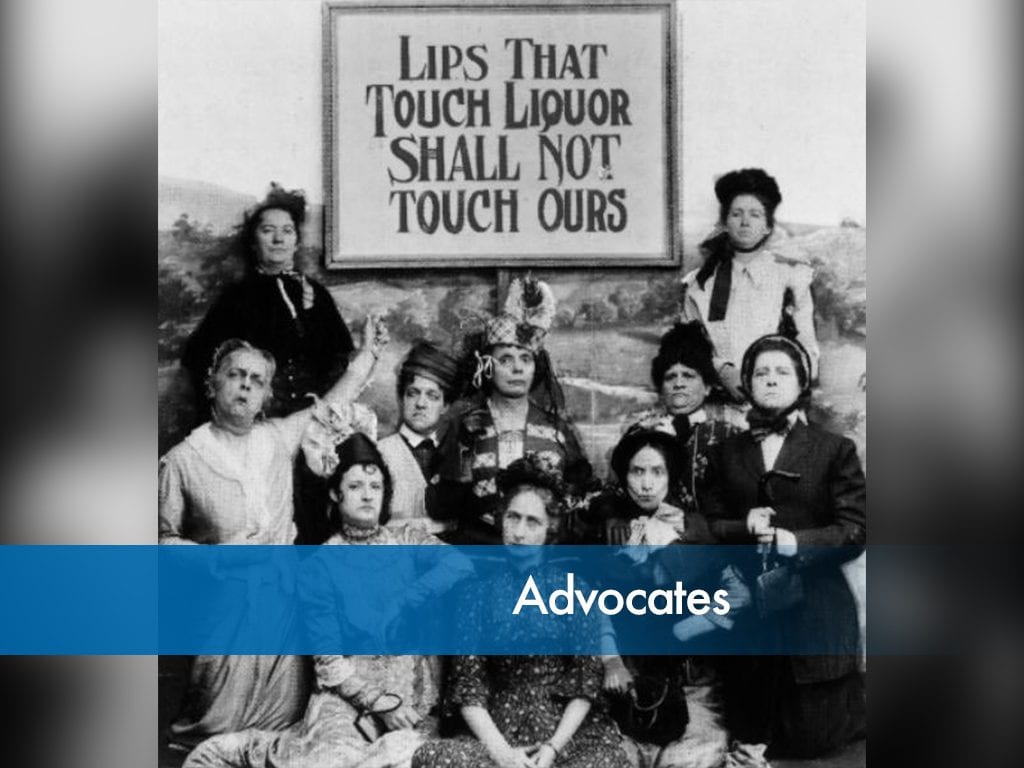 IOGT was an island of democracy and equality, for women – despite limitations and confines. History would show that this school of civic engagement, taking on responsibilities, public speaking and working politically would enable IOGT women to help change the world.

And today, here in Kandy, after our successful Congress in Thailand, we can celebrate two years under the leadership of a female International President. So not only was there a gender shift, a new generation evolved. 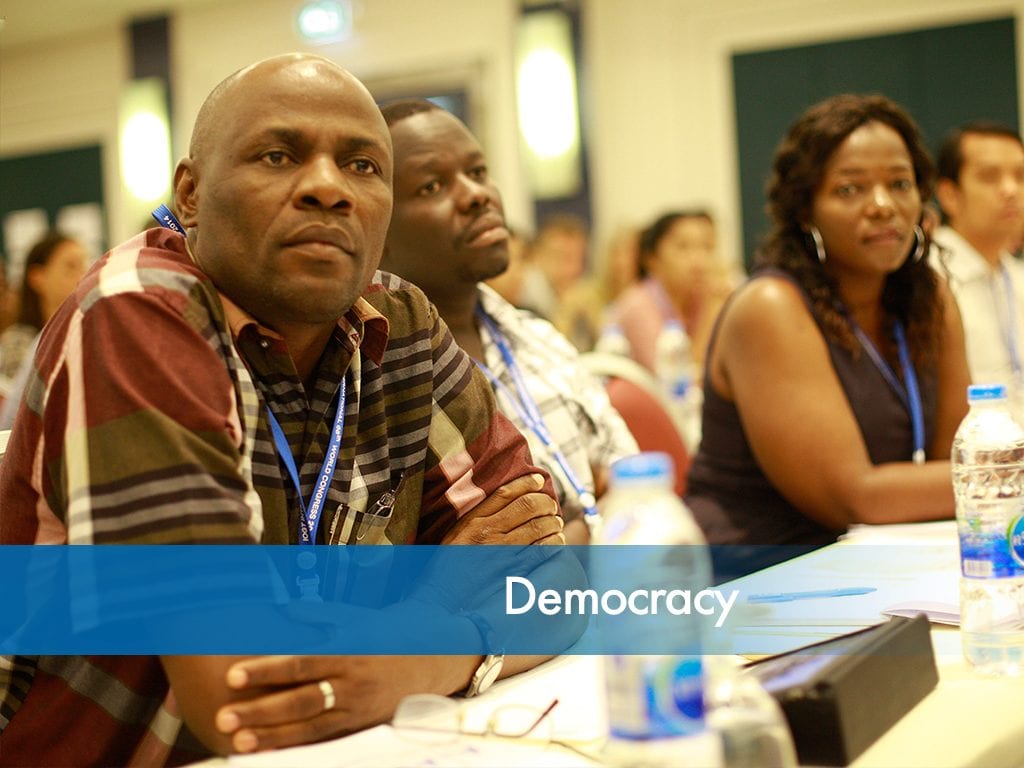 Leadership is what counts in any organisation that really wants to move forward. It means having the ability to imagine a future that is discretely separate from the present, and then position and lead the organisation so that it can survive and prosper in the future. It is an exercise in imagination and inspiration alike.

The challenges, or should I say possibilities for our future work are 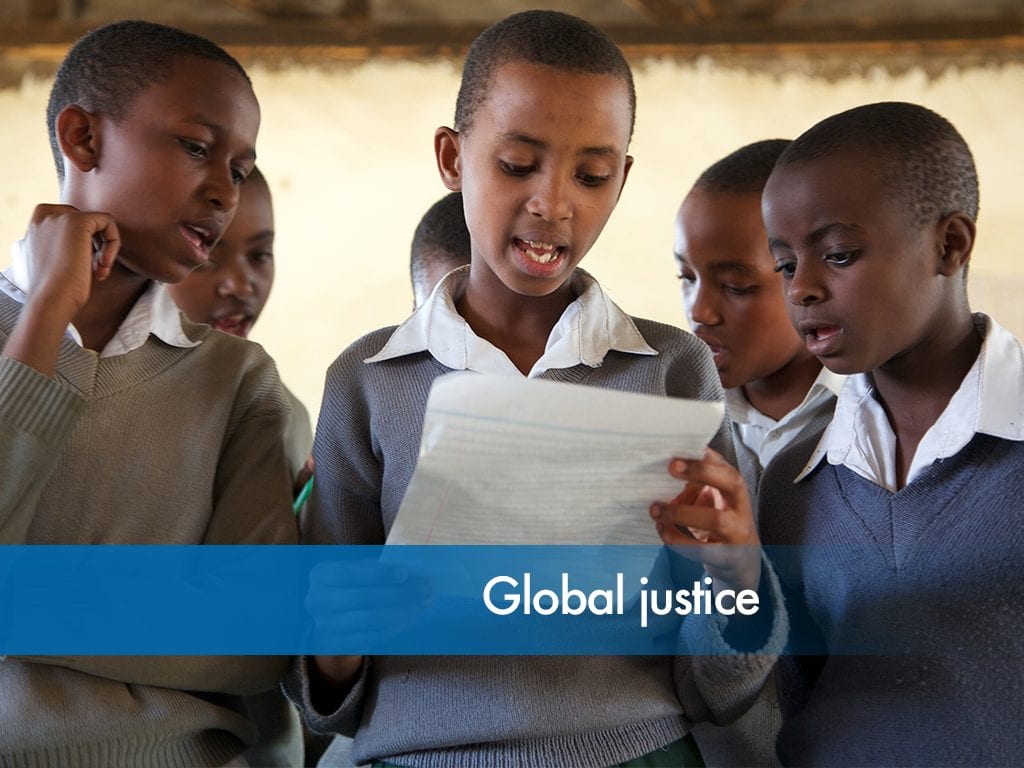 Today, and in the days to come, we can see IOGT International so present and active in the social media, in the networks and umbrella organisations working with the United Nations and other international Organisations.

An Organisation involved in advocacy for Sustainable Development Goals (SDGs) – yes an Organisation preparing for its third centennial. And you my friends – you are the core group making it possible. 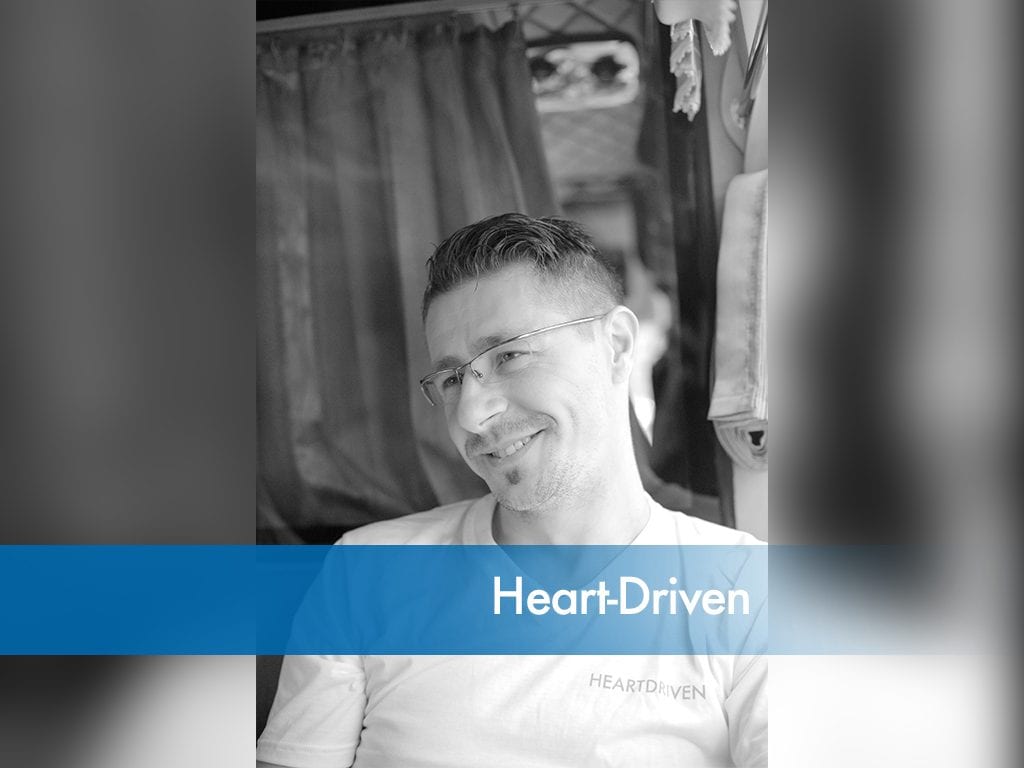 Together, we make history. Together we build the future.

Making History. Building the Future by IOGT International on Exposure

On The Way To New York