I think that helping and protecting children of alcoholics can bring about structural change to how society views the best interest of children and how we come together in promoting environments that allow all children to thrive. If we can ensure that no child, no matter how marginalized and vulnerable, is left behind, we as global community stand a chance of building a better world with Human Rights for all…

2016 has been a tough year for Human Rights. A resurgence of hate crimes, racism, xenophobia and a powerful backlash against equal rights for all has swept countries across the West. Around the world, Human Rights have come under heightened pressure in 2016. We are witnessing a disturbing trend: the adoption of repressive new laws and policies targeting civil society and our constituencies. Authorities in countries around the world are seeking respectable-sounding reasons to limit Human Rights; to infringe on free speech; to shy away from protecting minorities and promoting health; and to stifle citizenship.

2016 has been a gloomy year. Extremism. Hatred. Violence. Separatism. Selfishness. Ruthlessness in the pursuit of political power. Corporate greed is harming the most vulnerable. Therefore, in my opinion, Human Rights Day has never been more important.

Many of us are fearful about the way the world is heading. Messages of intolerance and hatred prey on our fears. But we can change the course by reaffirming our common humanity and taking action to support everyone’s human rights,” writes the UN campaign on Human Rights Day.

Stand up for someone’s Human Rights

In the face of all this, it is easy to start feeling cynical. In the gloom of these developments, we begin to feel overwhelmed and ask with desperation: what can I do?

Where does hope come from?

For me, hope and inspiration come from an old Native American parable:

An old Cherokee chief was teaching his grandson about life…

‘A fight is going on inside me,’ he said to the boy. ‘It is a terrible fight and it is between two wolves. One is evil – he is anger, envy, sorrow, regret, greed, arrogance, self-pity, guilt, resentment, inferiority, lies, false pride, superiority, self-doubt, and ego.

‘The other is good – he is joy, peace, love, hope, serenity, humility, kindness, benevolence, empathy, generosity, truth, compassion, and faith.

‘This same fight is going on inside you and inside every other person, too.’

The grandson thought about it for a minute and then asked his grandfather, ‘Which wolf will win?’

The old chief simply replied, ‘The one you feed.”

Children of the world bear a heavy burden and suffer disproportionately from injustice, violence and dysfunctional systems. I think that children whose parents have alcohol problems are one such group where the extent and graveness of how exposed kids are to Human Rights abuses really becomes obvious.

Children of alcoholics are the forgotten victims of adults’ failure to protect and promote children’s best interests. All too often they do remain invisible and alone: neglected by their parents, overlooked by teachers, down prioritized and ignored by governments and authorities.

Children growing up with parents who struggle with alcohol problems are a Human Rights crisis of tremendous proportions. 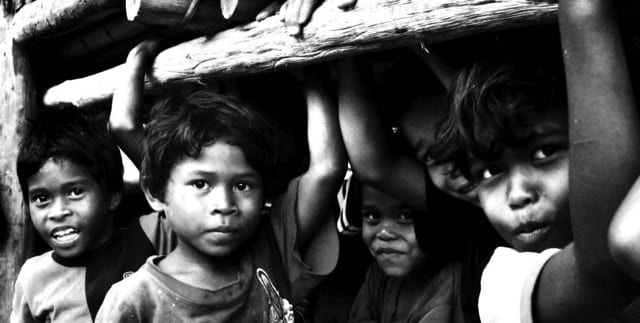 The evidence shows that children of alcoholics are greatly exposed to various types of harm:

In fact, they keep fuelling a Human Rights crisis that sees CoAs deprived of the enjoyment of eight Human Rights, such as (detailed here):

Standing up for the most vulnerable

Having on mind the sheer extent of the problem, the severity of the problem and the impact of the problem not just on the present but on the future, I believe we must understand that Sustainable Development and the achievement of the Agenda2030 are not possible without comprehensive efforts to help and support children of alcoholics and to ensure that their number decreases in the coming years.

The fact that hundreds of millions of children grow up exposed to neglect and abuse due to their parents’ alcohol problems is a Child Rights issue, a public health issue, a social development issue, a poverty eradication and sustainable development issue. It is a Human Rights crisis.

In this spirit, I stand up for – and encourage you, too – to convince our politicians to put the situation of children of alcoholics on their agenda. It’s not a crazy idea because the Best Interest Principle, enshrined in Art. 3 of the Convention on the Rights of the Child can be used to protect and promote the well being of children of alcoholics.

I think that helping and protecting children of alcoholics can bring about structural change to how society views the best interest of children and how we come together in promoting environments that allow all children to thrive. If we can ensure that no child, no matter how marginalized and vulnerable, is left behind, we as global community stand a chance of building a better world with Human Rights for all.