Maintaining the collective illusion that the only people who have real alcohol problems are those homeless social deviants is crucial for Big Alcohol’s bottom line. It’s also immoral. And it’s our duty to change it, to shatter myths, end stigma and promote an evidence-based discourse about alcohol and related harms…

My friend and guest expert blogger on the IOGT Global Voices portal Julie Dostal has made a powerful point in her recent blog post:

Visible and often disastrous symptoms of addiction have their roots in a diseased brain; not in a flawed character or lack of basic morality.

There is no other chronic, progressive and potentially fatal disease that we identify by an associated behavior…”

Julie’s point is that diabetes is not coined as “carbohydrate abuse disease,” or lung cancer as “smoking disease,” or high cholesterol as “saturated fat overconsumption disease.” But with alcohol-related problems, especially addiction, society does it, still. Why?

Around the world, alcohol harm is a massive burden on societies. It impacts individuals, families, communities and entire countries negatively in different ways. For example, alcohol harm burdens the public health system. Through its social dimension, alcohol harm affects others than the users themselves and erodes the social fabric. It is also an obstacle to economic development and prosperity. And it’s a human rights and sustainability issue.

Alcohol addiction is one such example of alcohol-related harm being pervasive, causing tremendous adverse effects. Alcohol addiction obviously puts the individual with the disease in peril. But it also disrupts and often destroys families, undermines the functioning of communities and strains or even erodes the welfare of societies.

Fueling all this is a a ruthless alcohol industry greedily pursuing ever more profits. It’s an industry that keeps raking in gigantic profits by fueling myths and misconceptions about alcohol and related problems, especially addiction.

I think Julie’s quote above is spot on. And in her blog post she writes about the role of health professionals and scientists. I want to shed light on the alcohol industry and their role in perpetuating a myth that keeps addiction stigma alive.

The alcohol industry works to perpetuate two myths that keep the believe alive that only a few social deviants cannot deal with alcohol and end up having alcohol problems.

Together, these myths have very destructive consequences for how society views alcohol and chooses to deal with alcohol harm, including addiction.

It’s exactly what Julie is pointing out: As long as we allow alcohol problems to be framed as a lack of will power in failing human beings (social deviants), we keep the stigma alive that prevents people from getting (life saving) help. 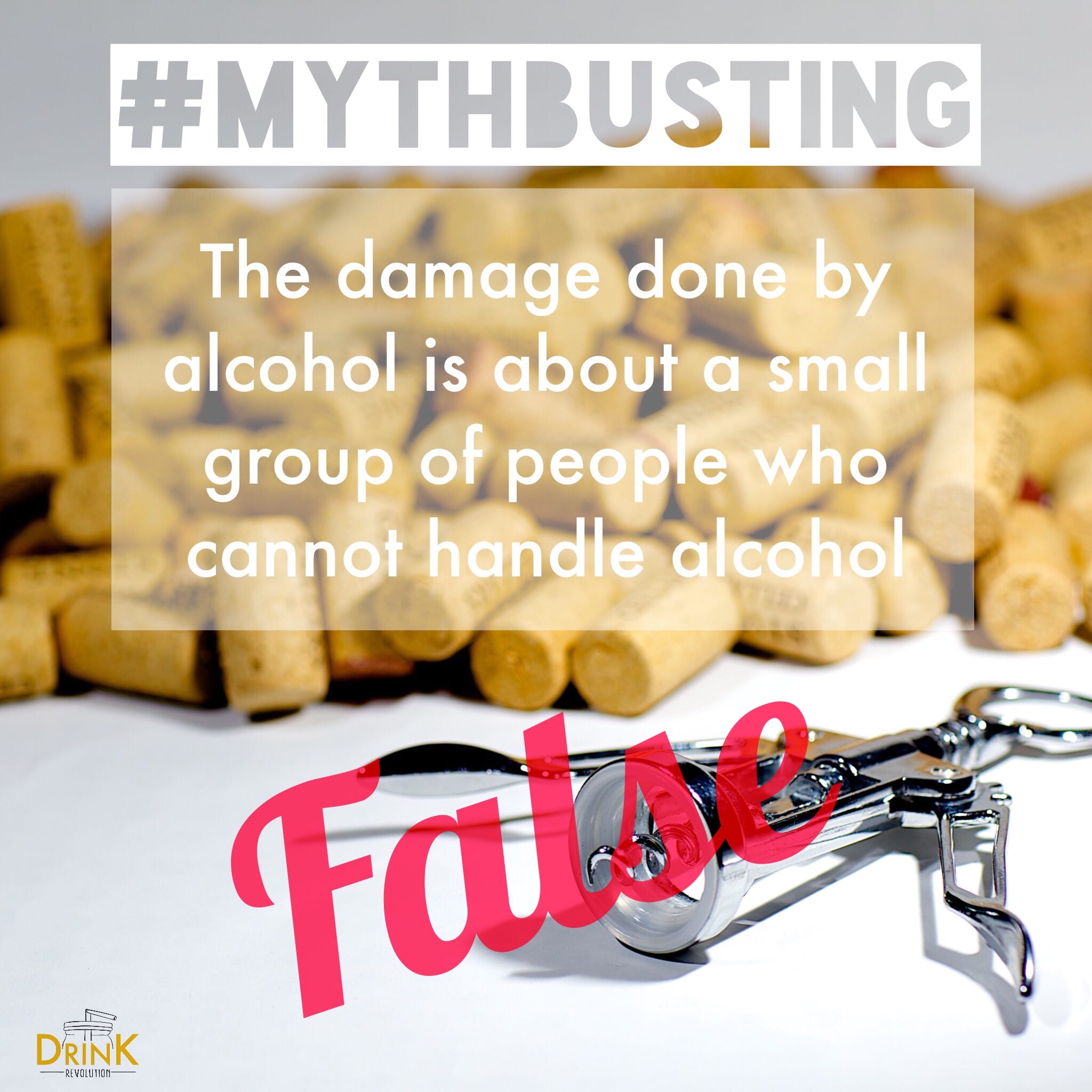 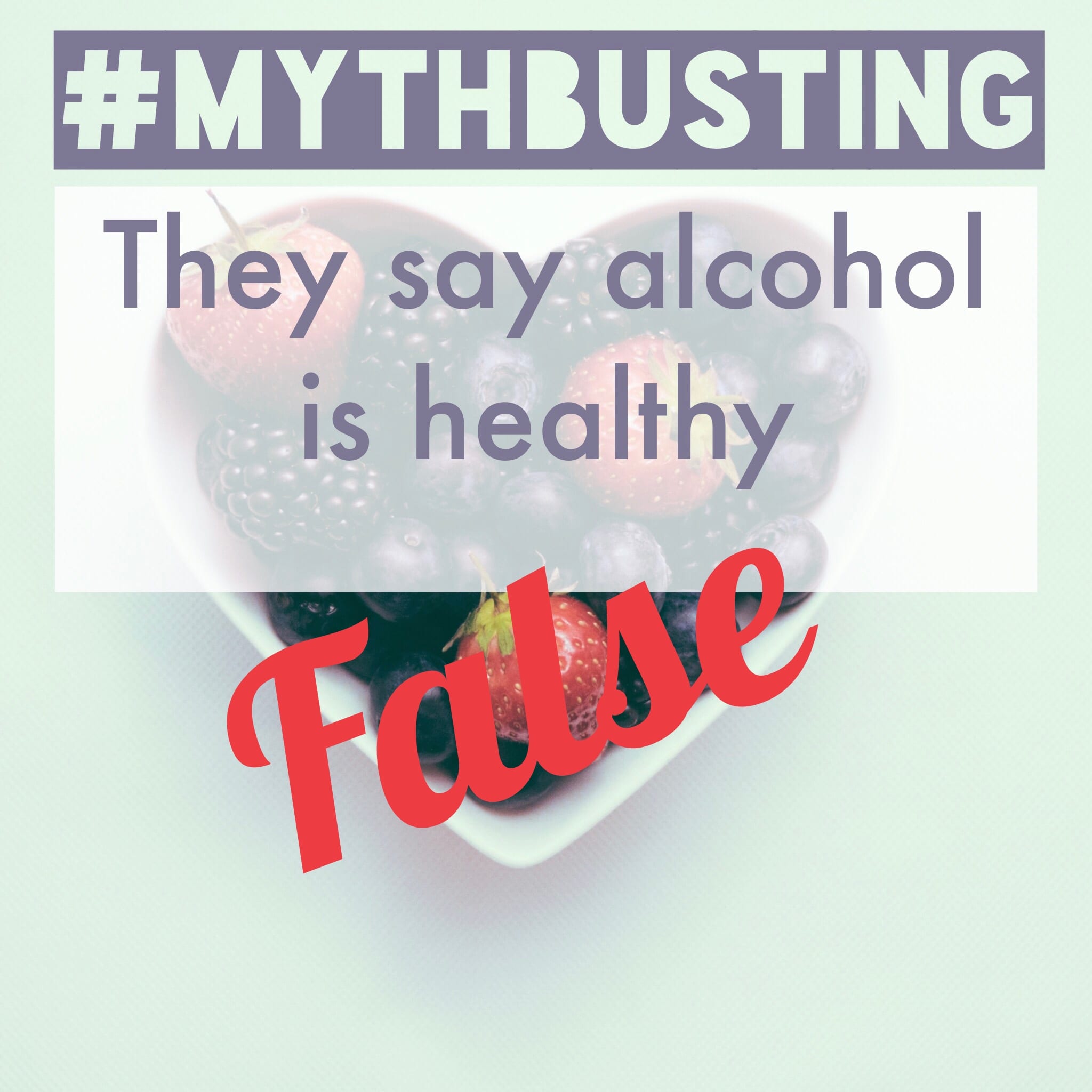 Why does Big Alcohol engage in spreading myths?

As a matter of fact, Big Alcohol earns its largest shares of profits from the people who use alcohol regularly and heavily. The majority of people who use alcohol in high levels (above the recommended units) are in fact ordinary, everyday people. Contrary to what the alcohol industry would have everyone believe, the majority of regular, heavy alcohol consumers are no social deviants, homeless on park benches.

The alcohol industry depends on the heaviest consumers for the largest part of their profits.”

Evidence from the United States

The top 20% of American alcohol users account for well over half of the alcohol consumed in any given year.

Consider that 30% of adults don’t use alcohol at all and that another 30% of adults consume less than one alcoholic beverage per week, on average. It means that up to 60% of adults virtually are not contributing to the alcohol industry’s profits.

On the other hand, there are the top 10% of American alcohol consumers (24 million adults over the age of 18) consuming 74 alcoholic beverages per week, on average. That equals 18 bottles of wine, or three 24-can cases of beer. Even alcohol users in the 9th decile – consuming more than 15 alcoholic beverages per week, on average – are way above “recommended limits” (which are too high anyway).

In Australia, more than 3.8 million Australians average more than four standard drinks of alcohol a day (double the recommended health guidelines) and these alcohol users are targeted by the alcohol industry and branded as “super consumers”, according to the latest report from the Foundation for Alcohol Research and Education. It means that 20% of Australians are consuming 75% of the alcohol.

In Germany, every second bottle of alcohol is purchased by a person with alcohol problems. 10% of the population account for 50% of the total alcohol consumption in Germany.

So, the reason why Big Alcohol perpetuates myths about alcohol is about their profits.

Prof. Philip J. Cook, who wrote the book “Paying the Tab” puts it this way:

[T]he heaviest [alcohol users] are of greatly disproportionate importance to the sales and profitability of the alcoholic-beverage industry.

If the top decile somehow could be induced to curb their consumption level to that of the next lower group (the ninth decile), then total ethanol sales would fall by 60%.”

That is to say, if those consumers would be empowered to understand that alcohol is not healthy and that their amount and patterns of consumption is not healthy, the likelihood they would seek help and change their behavior, cutting down on alcohol, would increase.

Maintaining the collective illusion that the only people who have real alcohol problems are those homeless social deviants is crucial for Big Alcohol’s bottom line. It’s also immoral. And it’s our duty to change it, to shatter myths, end stigma and promote an evidence-based discourse about alcohol and related harms.

Current statistics show that 16.6 million American adults had an alcohol use disorder in 2013. But only about 1.3 million adults received treatment – which means that there is a gigantic problem in society, only society is hardly aware of it. And that is partly due to the myths perpetuated by the alcohol industry, that a small group of socially deviant alcoholics is causing a few problems, but that everyone else is just fine.

The pervasive presence of alcohol in all social contexts and the glamorization of alcohol have very real consequences. As the alcohol industry works to keep society illiterate about the real extent of alcohol harm, people are not getting the help they need and deserve, families are being destroyed, and communities are put in peril.

Myths lead to stigma. Stigma leads to real-life consequences: employees fear losing their job; people feel shame to even open up their family or friends; physicians find it difficult to talk about alcohol with their patients; and people don’t dare to ask for help and do not receive help.

We must shatter alcohol myths, to end stigma, in order to finally face addiction.