It is clear that only a comprehensive drug demand reduction policy will allow India to achieve Goal 3 of the 2030 Agenda. With the accelerating NCDs epidemic, alcohol-fueled violence against women, and children being exposed to grave harms associated with alcohol and other drugs the threats to healthy lives and well-being for all are massive…

Recently, I attended the cremation of Suresh*. He died prematurely because of cardiac arrest at the age of 49 leaving behind his wife and two sons. He had earlier lost his friend Pawan* at the age of 39 because of lung cancer. Both Suresh and his friend had been drug free and physically healthy for 24 and 13 years respectively. Suresh and Pawan were treated for their multiple drug use starting with marijuana at Navjyoti Drug Rehabilitation Center, a program funded by the Ministry of Social Justice. In Delhi, Suresh had been treated for his substance use problems 17 times prior to the last treatment in different nursing homes and NGO-run programs.

Later on both Suresh and Pawan were involved in conducting a peer-led drug rehabilitation center in the outskirts of Delhi. Both continued to attend Narcotic Anonymous self-help groups, regularly run in Delhi. These N.A. groups have a substantial role and have greatly contributed to reducing drug demand, since these groups provide safe and supportive space for drug users before and after treatment.

It’s in this context of stories like these that government action for more and better drug demand reduction policies is urgent and much needed. In July, Indian Prime Minister Narendra Modi constituted a Group of Ministers (GoM) to examine the draft National Drug Demand Reduction Policy prepared by the Ministry of Social Justice. This is a highly laudable and welcome step! It shows the Government’s commitment to deal effectively with drug demand in India. I think the Prime Minister had already set the tone for his commitment to address drug demand by speaking about this in the first edition of “Man Ki Baat” – his monthly radio address.

I had said the last time that I was worried about the youth of the country. I am worried as some sons and daughters get stuck with drugs and the entire family is torn apart.

Drugs are something that can shatter anyone. When a youngster gets addicted to drugs we consider him/her bad. But the truth is the drugs are bad not the youth.

Darkness, destruction and devastation are the three Ds of drugs. This is a psycho-socio-medical problem and we need to see it this way, we shouldnt blame the person.”

The policy examined by the GoM will also help to create the required enabling environments to help achieve the goal of “Ensure healthy lives and promote well-being for all at all ages” under Sustainable Development Goals. India has committed to implement the 2030 Agenda and achieve its 17 goals by 2030.

Target 3.5 under the goal of healthy lives and well-being for all is directly related to harm caused by alcohol and other drugs:

Strengthen the prevention and treatment of substance abuse, including narcotic drug abuse and harmful use of alcohol.” 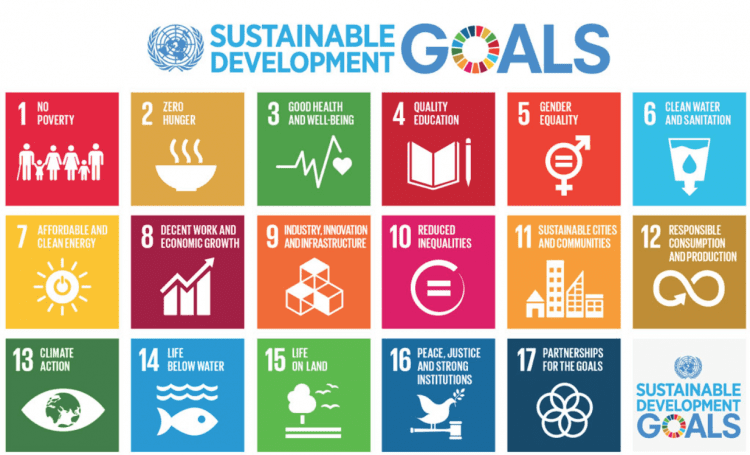 Only in India, the word “De-addiction” is uniquely popular and indicating that drug-related problems are curable and preventable disease.

From my own service in marginalized communities, I know that drug dependence is a treatable disease. Its psycho-social conditions make it chronic and relapsing. Long-term rehabilitation and care are thus imperative and an important component of any drug demand reduction strategy.

The GoM is also proposing for the accreditation of de-addiction centers, both private and government-run, to ensure standardization in rehabilitation by building a skilled cadre of peer educators, rehabilitation social workers and psychologists. It is expected that this will help in mainstreaming thousands of peer-led drug rehabilitation centers across the country. These drug-free peer educators can contribute in reducing the drug demand substantially as they connect directly at individual and community levels. It is paramount to both strengthen patients and create a people-centered health care system in and around drug rehabilitation centers. This will be vital for a drug free and healthy India.

The GoM has further proposed that a course on de-addiction be made part of Bachelor of Medicine and Bachelor of Surgery Program (MBBS) curriculum. This is an important proposal. To include psycho-social aspects of drug prevention and rehabilitation in MBBS and shows the government’s seriousness in tackling a grave problem that will only increase in a globalized, market-driven society – if we do not focus attention on prevention efforts.

It is clear that only a comprehensive drug demand reduction policy will allow India to achieve Goal 3 of the 2030 Agenda. With the accelerating NCDs epidemic, alcohol-fueled violence against women, and children being exposed to grave harms associated with alcohol and other drugs the threats to healthy lives and well-being for all are massive.

Article 33 of the United Nations Convention on the Rights of the Child (CRC) compels governments to prevent the exposure of children to illicit drugs.

States Parties shall take all appropriate measures, including legislative, administrative, social and educational measures, to protect children from the illicit use of narcotic drugs and psychotropic substances as defined in the relevant international treaties, and to prevent the use of children in the illicit production and trafficking of such substances.”

Article 3 of the CRC is another fundamental tool that should inform the formulation of the drug demand reduction policy:

In all actions concerning children, whether undertaken by public or private social welfare institutions, courts of law, administrative authorities or legislative bodies, the best interests of the child shall be a primary consideration.”

Both the need for prevention of illicit drugs and more so the consideration of the Indian children’s best interest should be of central concern when drafting the new National Drug Demand Reduction Policy in all its earnestness.

Another central concern that the new policy must address, I think, is the aggressive push by the global alcohol industry to recruit our children and youth as loyal consumers. Therefore, special measures and programs to prevent underage alcohol use and to reduce overall per-capita alcohol consumption in India is the need of the hour, as Big Alcohol marketing strategies are becoming ever more aggressive and pervasive.

Also alcohol-related harm should be urgently addressed from a child rights perspective. To achieve a healthier society, harmful substances must become much less available – both socially, financially, psychologically and physically.

At times, disease management and rehabilitation over-shadow the need for more extensive drug prevention. Therefore, I hope the new Drug Demand Reduction Policy will certainly take these issues into account, to be a comprehensive approach to India’s substance use problems. We need measurable drug demand reduction targets at the district level. The added prevention budget outlines revenue commitment and synergy at state and central Government level will make convergence of schemes and programs of other ministries more inclusive. This way, and only this way, it will have a chance to pave the way towards 2030, and a healthier India where all citizens enjoy healthy lifestyles in environments that foster wellbeing.