The 2018 Fifa World Cup is in full swing, again. It is the world’s biggest sporting event. Reaching over 3.2 billion television viewers, the quadrennial World Cup is the most watched live sporting event globally. And so, Fifa’s hypocrisy is on full display, again, too.
Two examples after the first weekend of match play clearly expose Fifa’s profit interest from alcohol sponsorship contradicting the core values the organization claims to embrace…

The 2018 Fifa World Cup is in full swing, again. It is the world’s biggest sporting event. Reaching over 3.2 billion television viewers, the quadrennial World Cup is the most watched live sporting event globally. And so, Fifa’s hypocrisy is on full display, again, too.

Fifa, football’s world governing body, aims “to protect and improve the health of all who play football, from grassroots to elite level around the world.” Fifa says they “are committed to preventing injuries on the field of play and promoting football as a healthy leisure activity.”

Nevertheless, one of the major sponsors of Fifa and the World Cup is AB InBev’s Budweiser.  The beer brand joins Chinese Dairy brand Mengniu, smartphone manufacturer VIVO and electronics giant Hisense as well as McDonalds as tier two sponsorship partners. In 2014 during the World Cup in Brazil, this engagement led to more than 3 million units of beer sold in form of the AB InBev brands Budweiser, Brahma and Brahma zero.

For Fifa and AB InBev executives this is a lucrative collaboration. For fans, especially children and youth, such a collaboration is dangerous and harmful.

Analysis of alcohol promotion during the 2014 Fifa World Cup indicates alcohol marketing practices frequently appeared to breach industry voluntary codes of practice’. Studies revealed that a total of 86.2% of all unique alcohol advertisements during the World Cup contained at least one violation of the alcohol industry’s own guiding principles. 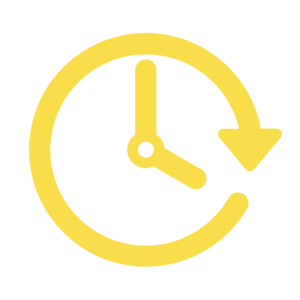 Independent scientific studies shows that alcohol marketing increases the likelihood that kids and youth will start using alcohol, and that they will consume more if they’re already using alcohol. That’s why it is so lucrative for the alcohol industry to invest heavily in alcohol sports sponsorship.

Evidence also shows that children who love to watch sports on TV are more exposed to alcohol ads than peers who watch non-sport TV. In Australia for instance, 87% of all alcohol ads during daytime were in sports TV when hundreds of thousands of kids were watching.

This means that Fifa is putting children in harms way, instead of protecting and improving health and promoting football as a healthy leisure time activity. I think it is time to seriously raise doubts about Fifa’s collaboration with the alcohol industry. Kids want to enjoy the game of football and the excitement of the World Cup matches but they are exposed to an onslaught of alcohol promotions, ads, and other marketing ploys, like merchandise or the “Budweiser Man of the Match Award”.

This first weekend of World Cup football in Russia revealed another truth about Fifa and the alcohol industry: virtuous don’t matter when you are in the business of pushing alcohol onto every person and into every corner of the world.

Fifa itself touted the success of the “Man of the Match” award as a scheme to “activate” and “engage” football fans. This “award” is sponsored by Budweiser. At the World Cup in Brazil, the “Budweiser Man of the Match” marketing ploy generated more than four million votes between the Opening Match on June 12 and the Final on July 13, 2014.

This year, the award has ended up in the spotlight for the blatant way it pushes alcohol on football players and makes them part of alcohol promotions.

11 players have received the honor so far. But some of them choose to live free from alcohol. Nevertheless, players are handed the award, which comes in the form of a red goblet emblazoned with the logo of World Cup sponsor Budweiser. The respective players are also standing in front of a large black wall with the Budweiser logo all over it. But Egyptian goalkeeper Mohamed El-Shenawy refused to accept the award, snubbing the accolade because of its sponsors, alcohol giant Budweiser.

.@FIFAcom have a deal with @Budweiser for the #ManoftheMatch award. Being alcohol, there are 3 North African nations + Saudi & Iran in the @FIFAWorldCup. Did they not think these guys won’t accept the award? #EGY⁠ ⁠’s @Melshenawy did not take his today. pic.twitter.com/750OOyFaw0

El-Shenawy was seen shunning the award when offered it after the game, rejecting it due to his Muslim beliefs which mean he does not consume alcohol. He is not the only player who doesn’t use alcohol – for whatever reason. Among the 11 players awarded so far, there at least three who for sure don’t use alcohol. Cristiano Ronaldo is well known to be choosing a life free from alcohol.

Ronaldo is known for working extremely professionally, meticulously and dedicated at his craft. Part of Ronaldo’s success story is of course his choice to enjoy life as a professional footballer free from alcohol.

His father died from alcohol-related ill health, after having been alcohol addicted, in 2005. Like millions of children around the world, and other top athletes included, he had to grow up with alcohol harming his family. Additionally Ronaldo is highly aware of the fact that alcohol is harmful to his body and therefore to his carrer as football player and his goal of being the best player in the world.

The example exposes how the alcohol industry operates: they push alcohol on everybody. It’s an appalling scheme to totally disregard the players’ own values, personal history, religious beliefs, and personal choices. Big Alcohol has no respect for diversity and the integrity of the person.

This marketing ploy also closely associates physical achievement and excellence with alcohol. That’s a tactic that violates the alcohol industry’s own codes of conduct. But we know for a long time already that no ethical standards, norms or boundaries, not even when Big Alcohol has set them themselves, can stop the alcohol industry from pursuing ever more profits. The World Cup is just too good of an opportunity.

In its own statutes, Fifa commits to upholding, protect and promote Human Rights. The Human Right to health, however, is less of a priority when in conflict with raking in money from the alcohol industry. The Fifa statutes further stipulate:

Discrimination of any kind against a country, private person or group of people on account of race, skin colour, ethnic, national or social origin, gender, disability, language, religion, political opinion or any other opinion, wealth, birth or any other status, sexual orientation or any other reason is strictly prohibited and punishable by suspension or expulsion.”

That tolerance for diversity is unfortunately immediately ignored, for the sake of facilitating alcohol promotions and partnering with the alcohol industry. With the world watching, Fifa and the alcohol industry provide another prime example of hypocrisy.