In this blog post, Tunga reflects about the discussions (and those that were NOT taking place) at the Third Ordinary Session of the African Union (AU) Specialized Technical Committee on Health, Population and Drug Control (STC-HPDC-3), which he attended for IOGT International in Cairo, Egypt. His contemplations merge ancient Chinese wisdom about health into the 21st century debate about alcohol and other drug policy and control…

I had the rare opportunity of visiting Egypt – the land of the ancient African “gods”, the architects of civilization as we know it – courtesy of the United Nations Office on Drugs and Crime (UNODC), representing Youth against Alcoholism and Drug Dependency (YADD) and the IOGT International movement.

Before I share my journey motif, let me first share this snippet from another ancient “god”, the Chinese philosopher Sun Tzu. According to an old story, a Lord of ancient China once asked his doctor, a member of a family of healers which of one them was the most skilled in the art of healing. The doctor, whose reputation was such that his name became synonymous with medical science in China replied:

My eldest brother sees the spirit of sickness and removes it before it takes shape, so his name does not get out of the house… as for me I puncture veins, prescribe potions, and massage skin, so from time to time my name goes out and is heard among the lords.” (Sun Tzu, The Art of War)

The question posed by the ancient Chinese Lord to his doctor is very significant in relation to the Third Ordinary Session of the African Union (AU) Specialized Technical Committee on Health, Population and Drug Control (STC-HPDC-3) – which I happened to attend as part of over twenty civil society delegates from across Africa – that took place from Monday July 29 to Friday August 2, 2019, in Cairo, Egypt. 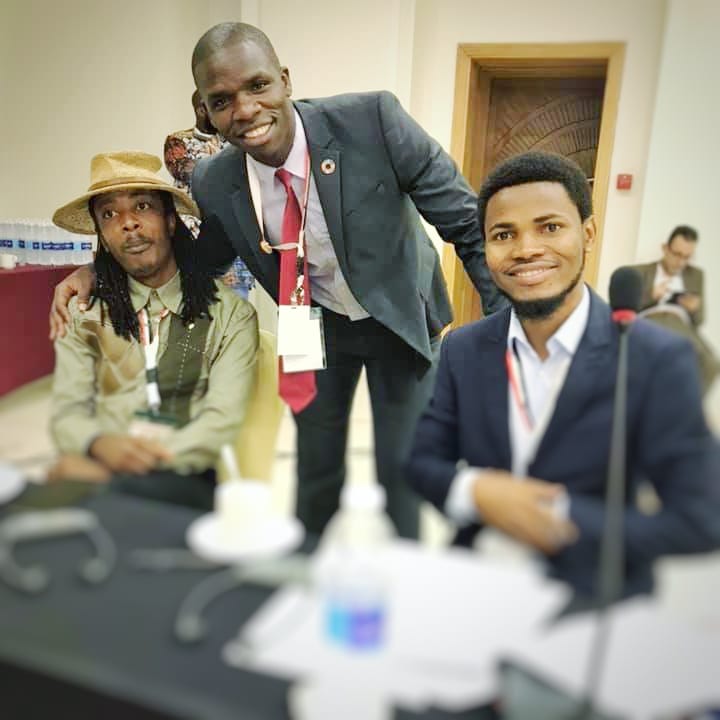 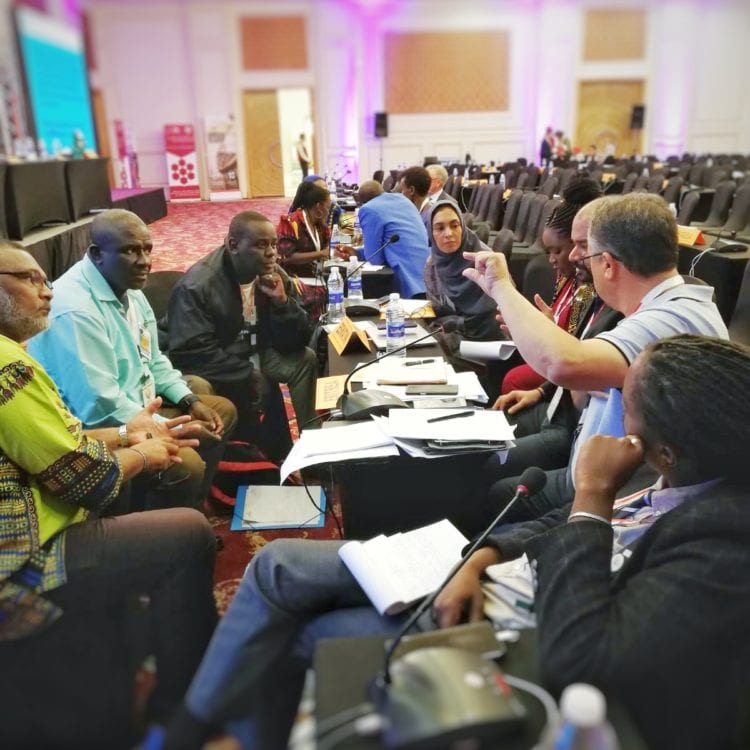 The session was held under the theme “Increased Domestic Financing for Universal Health Coverage and Health Security for All African Citizens – Including Refugees, Returnees and Internally Displaced persons”.  In brief, before you proceed to this rather long and technical read, let me hasten to say “Prevention is better than cure” which pretty much summarizes the ancient Chinese doctor’s analogy in relation to health and in our context Universal Health Coverage with specific emphasis on alcohol and other drug use disorders.

For the uninitiated, the African Union (AU) is the major continental institution in Africa which seeks to foster economic growth, good governance, social development, human resource development, and the alleviation of poverty for the benefit of its member states and their peoples. In order to achieve this, the AU has 14 Special Technical Committees (STCs) whose purpose is to work in close collaboration with AU Commission departments to ensure the harmonisation of AU projects and programmes as well as coordination with the Regional Economic Communities (RECs).

The STC HPDC meets once every two years and consists of government ministers, experts, development agencies and civil society organizations, the STC on Health, Population and Drug Control reviews progress on the implementation of continental policies, strategies, programmes and decisions related to health, population and drug control. Without doubt this is what this session was all about.

The STC-HPDC-3 had informative, exciting and thought provoking plenary sessions whose central discussions focused on domestic resource mobilization for Universal Health Coverage (UHC) for all Africans including its most vulnerable people like refugees and the displaced. The concept of UHC is firmly rooted in the principle that the highest attainable standard of physical and mental health is a fundamental human right. Defined as a situation where all people, everywhere, can access quality health services without incurring financial hardship.

Apart from that there were also several side events and workshops including the parallel sessions for health, population and drug control and the UNODC organized civil society workshop focused on drug control, which I attended. It was truly an amazing meeting of the minds driving the AU Agenda 2063. This year’s edition of the STC was also special in that there was an increased number of civil society organizations in attendance consolidating the formal link between civil society and the  AU.

I am going to reflect on the parallel session on drug control and the civil society workshop.

The parallel session on drug control discussed the African Union Plan of Action on Drug Control (AUPA) (2019-2023) and the first Draft Pan-African Epidemiology Network on Drug Use Report (PAENDU) among other issues. AUPA is a strategic framework to guide drug policy development in Africa with the goal to improve the health, security and socio-economic well-being of the people in Africa by reducing drug use, illicit trafficking and other associated crimes. According to the Draft Revised AUPA, drug use escalated in all 5 AU regions, confirming that Africa is no longer only a transit zone in the global trade in narcotics, but also a major consumer. While cannabis remains the most widely used psychoactive substance after alcohol, there is evidence of growing use of cocaine, heroine, Tramadol, Amphetamine Type Stimulants (ATS) as well as new psychoactive substances (NPS). 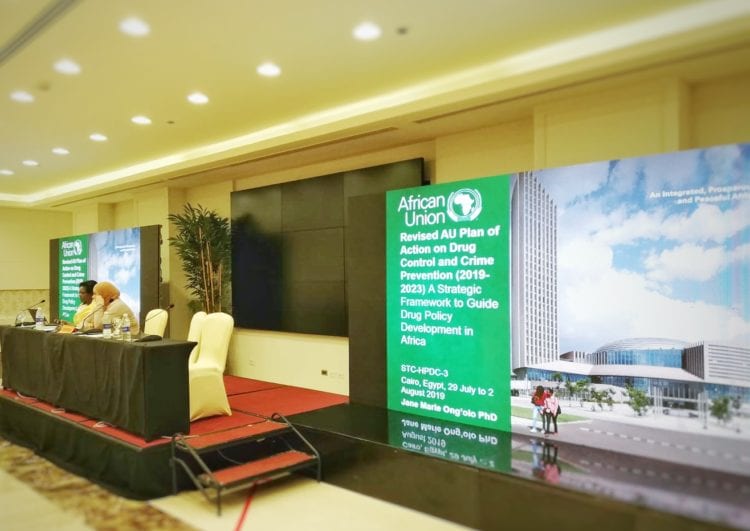 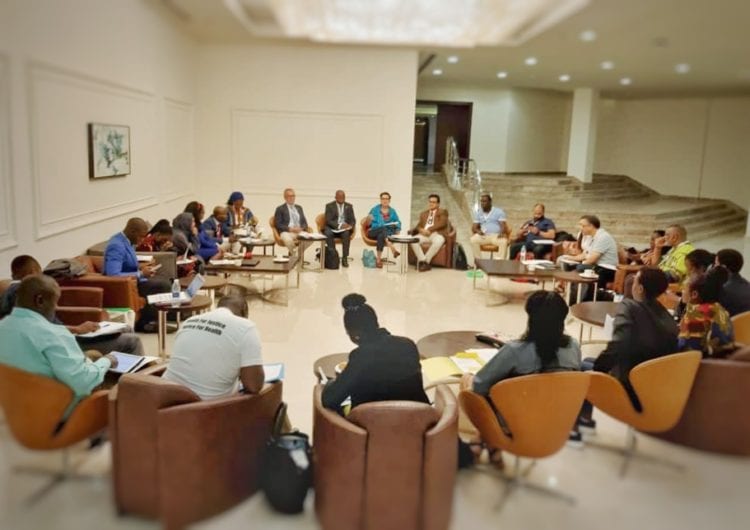 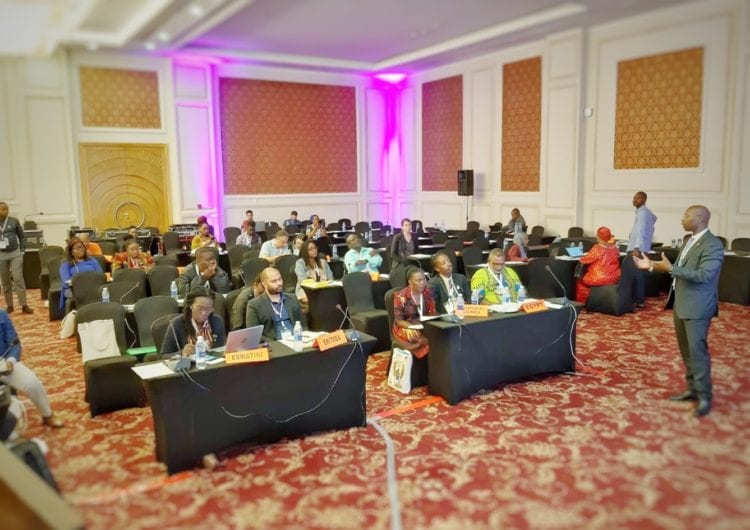 Moving to the first Draft PAENDU Report, Africa is experiencing an exponential growth in the trafficking and use of drugs which poses a challenge to health care systems and overall social, economic and security milieu with a growing nexus between drugs and organized crime. What I gathered from the Drug epedimiology programme report in Africa by PAENDU and presented by Prof Isodore Obot is that alcohol is the psychoactive substance associated with a high level of harm for individuals and communities.

In spite of the exponential growth of drug users in the continent, drug treatment and health services continue to fall short and the number of people suffering from drug use disorders receiving treatment has remained low.

The average age for entry into treatment for alcohol problems was higher than for cannabis dependence. One of the recurring issues was the absence of treatment facilities in the majority of AU member states, according to the PAENDU report only a small number of countries on the continent offer the full spectrum of evidence-based treatment and care services for drug use disorders.

In light of this, my humble submission would be for the AU to focus more on prevention initiatives. Like the good old adage says “prevention is better than cure”.

One of the recommendations from the report was to focus attention in a substance use surveillance system on the role of alcohol in society.

The workshop among other issues discussed a common position on drugs (which was to be presented to the ministerial meeting). Considering that alcohol is the psychoactive substance associated with highest levela of harm for individuals, communities and societies and the most frequently cited substance responsible for treatment demand in most countries reporting data according to PAENDU, I was a bit surprised that alcohol did not feature prominently in this workshop.

In fact, I was so fascinated by the absence of a discussion of alcohol despite the findings by the PAENDU report stating that in every country the primary substance of abuse among young people seeking treatment was either cannabis or alcohol. I came away with a very important question that I’ve pondered since the conference ended and that is:

These questions kept floating through my head considering that the STC HPDC reviews progress on the implementation of continental policies, strategies, programmes and decisions related to health, population and drug control.

The way forward: prevention for UHC

Going back to our ancient Chinese physician who realized that prevention is superior to treatment, I believe that the AU needs to prioritise prevention as an essential component of UHC. Investing in prevention is essential for the success of UHC, but is too often seen as a dispensable luxury, rather than the bedrock of sustainable health coverage.

I believe the AUPA must also focus on alcohol and tobacco and include the proven, cost-effective prevention strategies in the WHO Framework Convention on Tobacco Control (FCTC) and the WHO Global Alcohol Strategy and the WHO Best Buys like taxation as called upon by the African First Ladies at the African Union summit held in Niger, July 2019.

In conclusion as said by one speaker at the session on “Improvements in tax administration – improving efficiency in revenue collection agencies, broadening the tax base, harmonizing tax policies to close loopholes that reduce tax evasion and avoidance, anti-corruption, and money laundering policies” – taxation of alcohol and tobacco can unlock even more resources for government investment in development, potentially benefiting the health sector.