The Norwegian Government Pension Fund Has An Alcohol Problem 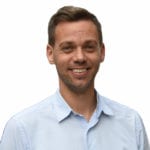 On a wall in Uganda you will now find a painting of the Norwegian Prime Minister, Erna Solberg, saying “When you drink more, I earn more”. In this blog post Nils explains why and how he is working to end the hypocrisy of Norway investing massively in Big Alcohol while at the same time promoting the SDGs…

On a wall in Uganda you will now find a painting of the Norwegian Prime Minister, Erna Solberg, saying “When you drink more, I earn more”. This wall is part of a campaign from four Norwegian NGOs – Forut, IOGT, Juvente and Blue Cross. We are conducting this campaign called “Oil Fund’s Alcohol Problem” to draw attention to the fact that alcohol is a major obstacle to development. Alcohol adversely affects several of the Sustainable Development Goals (SDGs).

Divestments from Big Tobacco, but massive investments in Big Alcohol

When Norway discovered oil in the 1970s, the major part of the industry was kept as state companies. As a result, the Norwegian state today owns the world’s biggest investment fund, the Norwegian Government Pension Fund, in Norway referred to as ‘the oil fund’. The aim of this fund is to invest to make the fund grow for future generations.

There is a recognition that, being a publicly owned investment fund, there are some social and ethical consequences to the investments. Therefore, a board of ethics makes assessments of the fund’s investment practices. This board has made the fund withdraw for example all investment in tobacco companies. However, there are massive investments in alcohol industry, close to 90 billion Norwegian Crowns, approximately 10 billion US dollars.

The investment in the alcohol industry is close to three times more than Norway’s annual aid budget. This illustrates the contradiction that on one hand, the Norwegian government expresses support for and commitment to social values and the UN Sustainable Development Goals, while on the other hand the government invests heavily in an industry that is a direct obstacle for many of these goals.

Another highly conflicting issue is that Norway implements one of the best alcohol policy models in the world – at home. Norway has developed a set of policies to protect public health and safety by limiting alcohol availability. Secondly, Norway is also among the few countries in the world that has a total ban on advertising of alcoholic beverages. Thirdly, Norway has instituted a government-run alcohol retail monopoly with the profit interest removed from alcohol retail in Norway.

Still, the massive investment in Big Alcohol supports a global industry that is obstructing, derailing and undermining evidence-based alcohol policy measures. In fact, the alcohol industry is exploiting weak or non-existing alcohol regulations in low- and middle-income countries that are in a very different situation compared to Norway.

We believe that Norway should focus on the good practice of alcohol policies in Norway and export this knowledge rather than investing in the alcohol industry, effectively helping export exploitation and alcohol harm.

Probably not the best investment in the world

Given this background, the four organisations behind the campaign believe it is time to point out the unethical investments and aim for stopping this practice. That brings us back to our Prime Minster and the walls in Uganda.

The main elements are advertisements painted on walls in Kampala, Uganda, in the same fashion as alcohol advertisements you find all over the African continent. We have used the visual expressions seen in many African countries where buildings and walls are being used as billboards, and have painted our message on three walls.

These advertisements highlight the message of the campaign: “Norwegian Government investments in alcohol hamper the achievements of the UN sustainable goals” and “Probably not the best investment in the world”. The paintings feature the Norwegian Prime Minister, Erna Solberg, and Minister of Finance, Siv Jensen, putting the responsible politicians, if not up against the wall – then up on the wall.

These walls are now being used to reach a Norwegian audience through social and editorial media, giving information and creating support for our divestment campaign. Hopefully this will help drive change!

The multifaceted campaign includes other features in addition to the wall paintings such as reports about the adverse effects of alcohol use on development and the SDGs, personal testimonies from people about how alcohol has affected them, as well as videos and pictures for use in social media channels.

Support from other countries

Even though the aim of the campaign is to spread knowledge and gain support in Norway, we highly appreciate international attention to the topic! Through the work of IOGT International, we are able to follow the SDG agenda and bring information back to our partners in Norway. We are also very grateful for support to the campaign from other countries, so please do like and follow our campaign on Facebook, Twitter and Instagram!

Another great collaboration with IOGT International is the opportunity to reach out to partners from all parts of the world. We want to show the Norwegian audience how alcohol impacts people’s lives around the world, and we have gathered stories from individuals in many countries. We are then translating this to short stories to be shared in social media. These stories matter to tell the human side of investments in Big Alcohol. And we are very happy for the support from a global movement!

Alcohol and global health 2018, by FORUT Norway and SERAF (PDF)

Latest from the newsfeed:

Get to know Nils Johan

Hello and welcome!
I am the campaign manager at “Oljefondets Alkoholproblem”. And I’ve held many other positions in the Norwegian IOGT movement, since my youth.
In my blog I’ll share perspectives and insights about alcohol as obstacle to development and our campaign for the Norwegian government to divest from the alcohol industry…