Many people and societies are in denial about the workings of the current alcohol norm and who is actually benefiting from it.
In this powerful blog, Lucy Rocco, the superstar behind Soberistas, exposes the truth about the alcohol norm, how it harms people and who benefits from it. It’s a truth that took Lucy many years to acknowledge herself. Starting from her own, inspiring personal story, she reveals how booze culture affects people during the current public health crisis. But Lucy writes, beyond these problems there lies the promise of better physical and mental health – something she has been able to enjoy and harness over the last nine years…

Not seeing the truth

It was nine years ago this month when I finally acknowledged, without any further excuses or caveats, that my relationship with alcohol was destructive and damaging and I’d better quit drinking alcohol if I was to have any hope of a happy and healthy life.

When I look back on my boozy years now, I find it bizarre that I was pouring such vast quantities of a mind-altering substance down my throat, with such frequently awful repercussions, and yet (mostly) I found it perfectly acceptable to continue doing so.

Once in a blue moon, friends would rebuke me for getting completely smashed and acting in a way that was shameful/embarrassing/aggressive/flirtatious. I would very occasionally, after a particularly heavy session, ponder whether or not I was “an alcoholic”. And every so often, I would wake up with the most horrendous hangover and decide that I would never drink alcohol again – only to pour another glass a few days, or weeks, later, once the shocking memories and nausea had worn off and I’d managed to convince myself (yet again) that I did not actually have an alcohol problem.

Where did this inability to see the truth come from? To a large extent, it emerged from the collective denial that we, as a nation of binge drinkers, demonstrate in our attitudes towards alcohol. We are brought up from an early age bombarded by reassurances and “evidence” supporting the notion that alcohol is normal, fun, expected, sophisticated, glamorous, sexy, and grown-up; an essential part of life. Moreover, we are rarely exposed to the competing message – that alcohol is not required for fun, is a known carcinogenic, and, rather than making us look sexy and glamorous, actually turns many of us when we over-indulge into obnoxious, repetitive, careless, and thoughtless individuals (not to mention being a causal factor in over 200 different disease and injury conditions).

The alcohol industry certainly plays its part in reinforcing the positives of booze. Its usage of the phrase “responsible drinker” and preferred demarcation of “responsible drinkers” and “alcoholics” adds to society’s perception that those who become ill because of alcohol have only themselves to blame, whereas the ones who can moderate are respectable adults who are innocently enjoying one of life’s little pleasures.

But we know that the industry earns the majority of its revenues from heavy alcohol users; at the opposite end of the spectrum, those imbibing the very occasional sherry or small glass of wine are not money-makers and therefore of little consequence to the shareholders of Big Alcohol. It’s the people who drank like I once did (a lot; frequently) who comprise the booze manufacturers’ most valued customer base.

As we see all kinds of businesses swiftly transforming their marketing and advertising strategies during the coronavirus pandemic in order to appeal to the consumer stuck at home on lockdown, feeling anxious and stressed, it’s notable that alcohol companies are also jumping on the bandwagon.

And to many, this is the ideal time to get stuck into the ‘quarantinis’, with no regular work schedules to adhere to and the rules of normal life having vanished into thin air. Evidence of heavy alcohol consumption as a mass response to the lockdown can be seen thousands of times over, every day, on social media.

But ask yourself this; when the ‘fun drinking’ turns into a coping mechanism to relieve the angst and worry; when the financial strain of lockdown becomes overwhelming and alcohol is relied upon to numb it out; when frustration and boredom become fuelled by booze and transform into violence and arguments; when getting up for school and work has morphed into lying in bed most mornings with a terrible hangover and a bellyful of regret – who’s benefitting then?

From denial to awareness 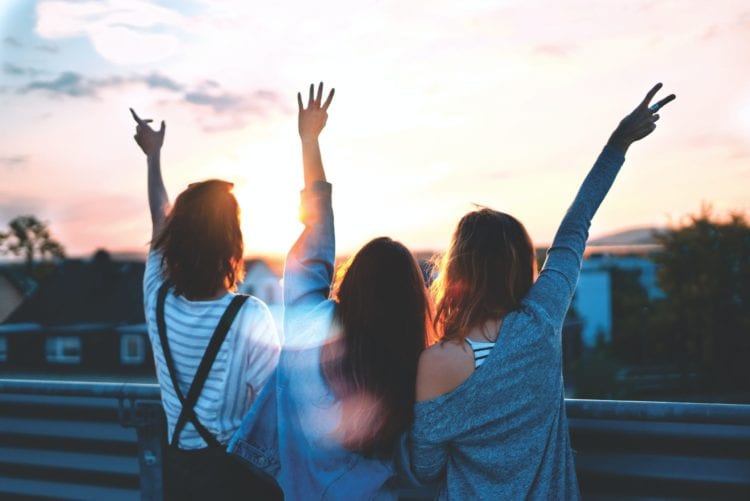 In my experience, for many binge drinkers, there’s a truckload of negative consequences that go hand-in-hand with any perceived benefits from alcohol. The people who post on Soberistas (and me too, pre-2011) have all fallen foul of the trap set by the alcohol industry – that booze only lifts us temporarily because, for a short time, it resolves the very issues it causes, the ones that wouldn’t exist if you didn’t drink alcohol; that when you’re still drinking, it’s virtually impossible to recognise you can avoid those issues completely by not drinking alcohol.

At this time, when the maintenance of our mental and physical health has never been more important, why not find out for yourself if life feels better once you’ve escaped the booze trap? You might be pleasantly surprised.

Get to know Lucy

Hi and welcome to my guest blog!
I was a heavy and regular binge alcohol user for my entire adult life up until the age of 35. Disguising an ever-growing dependency within the realms of acceptable social alcohol consumption norms, I did not consider my problem to extend to one of being ‘an alcoholic’ but I knew, nonetheless, that I was not in control of alcohol.
After a particularly heavy binge that landed me in hospital, I decided to quit using alcohol altogether, and went on to found Soberistas.com in November 2012 – a social network website aimed at women with alcohol dependency issues.
In the last three years I have written four books on the subject of alcohol dependency.
I now work full time as editor and director of Soberistas. I live in Sheffield, UK with my two daughters, and am a keen runner. I’ve been a happy Soberista for over four years.

Other recent posts by Lucy Rocca