The first ever Dry January campaign in France faced stiff opposition from the wine lobby and from President Macron. After originally committing to the campaign, the government withdrew its support in a bow to the lobby pressure of the alcohol industry.
But as Prof Naassila writes in this inspiring article, more than 30 civil society groups joined forces, defied the President and wine lobby and accomplished a remarkable success in the first year of the January challenge “à la française”.
Read about impressive numbers and the story behind the success and find out about the chances that 2021 will see another Dry January challenge…

“No Dry January in France, thank you” says President Macron 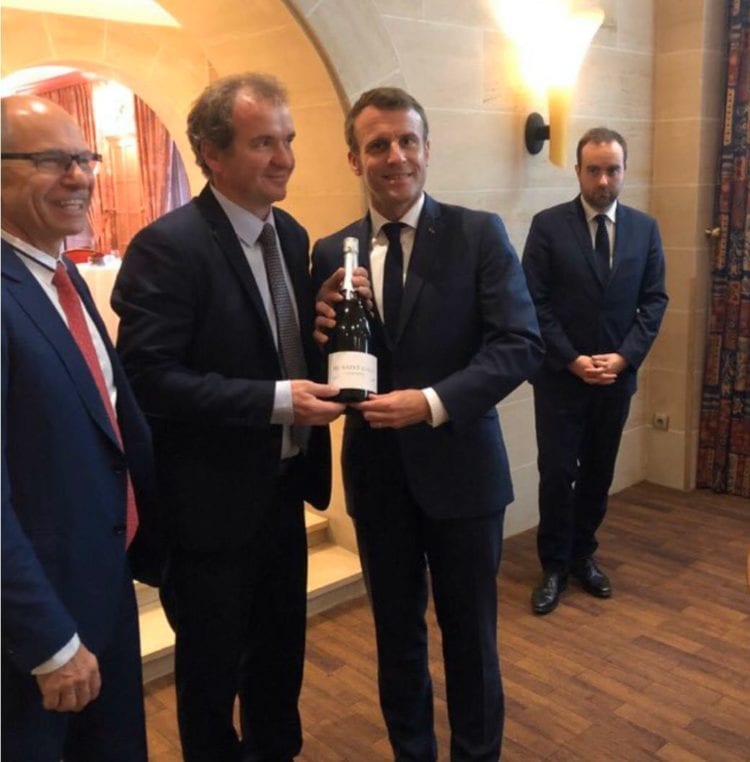 This campaign is based on a new vision, aiming at informing about the benefits of reducing alcohol consumption instead of focusing on the consequences and the risks linked to heavy alcohol intake. A new tool was also made available on the “alcool info service” website to allow people to assess the risk level of their alcohol intake. It had been a long time since the government had launched a campaign on alcohol in France, apart from the national day for the prevention of fetal alcohol syndrome on September 9, every year.

It is the prevention of smoking that was the priority of the government thus abandoning alcohol prevention, certainly due to a lack of courage but also laxity and even complicity with the wine lobby. The proximity between the wine lobby with the President of the Republic has been common knowledge since he appointed the general delegate of Vin & Société, as agricultural adviser at the Elysée, at the start of his mandate. The wine lobby is so powerful in France that the government asked the wine lobby to make recommendations before unveiling the government’s new plan to fight drugs and addictive behaviour. Big Alcohol in France would love to be involved in alcohol prevention and therefore tries to charm policy makers who are often convinced of the economic determinism of health.

The Dry January “à la française” was officially announced in June 2019 by the President of the Mildeca (Interministerial mission to fight drugs and addictive behaviors), and by the previous director general of Public Health France. While the ongoing work between the stakeholders of addiction prevention and the Public Health Agency focused on the preparation of a Dry January campaign in 2020, suddenly a total reversal of the situation was brought about. On November 21, 2019, President Macron, during a visit to champagne manufacturers in the city of Epernay, declared with a magnum of a vintage champagne from 1977, his year of birth, that “there will not be a month without alcohol in France”.

This declaration was in line with his previous statement on February 23, 2018 when visiting the agriculture fair:

I drink wine at lunch and in the evening. I believe very much in Pompidou’s formula: don’t bother the French. There is a scourge of public health when youth get drunk at an accelerated rate with strong alcohols or beer, but it is not with wine. As long as I am the President, there will be no amendment to toughen the ‘Evin law’ restricting the advertising of alcoholic beverages.”

The refusal of the government to support the Dry January campaign has raised an unprecedented outrage reaction from the addiction, public health and cancer stakeholders (Societies, Federations, associations, etc). In mid-november 2019, 35 organisations decided to launch by themselves without any support from the government, the Dry January  “à la française” also called « Le Défi de Janvier » (the January challenge).

The refusal of the government has been been highly mobilizing and attracted great interest from the media, which widely covered this unprecedented decision by all the stakeholders and which ultimately helped a lot to disseminate the Dry January 2020 campaign among the wider population.
Despite the lack of time for launching their own campaign, the stakeholders were able to set up the social media tools necessary for the success of such a campaign with the creation of a website and a Twitter account (that quickly grew to more than 3000 followers), a Facebook page (with more than 3500 followers) and an instagram channel (with now more than 300 followers).

The use of the “try dry” mobile app was also adopted in France, from the English language version of Alcohol Change in the UK that has made Dry January such a big success.

The 2020 Dry January “à la française” was a real success

More than 8800 participants registered to the website, which is a sign of great success, even in comparison with the number of 4000 registrations the very first year of the Dry January in the United Kingdom in 2013.

A survey by the YouGov institute has been conducted from January 14 to 15, 2020, on 1007 people representative of the national population aged 18 and older. The survey revealed that:

The representative survey also revealed that French participants wanted to participate in the Dry January challenge “à la française” in order to:

Finally the survey also indicated that 43% of French people do think that the government should not have abandoned the project.

Will Dry January survive in France, the country of the wine industry lobby?

As asked in a publication of The Lancet Public Health in 2017: “Is the new President in France an opportunity for public health policy against alcohol-related harms and deaths?” The answer seems to be NON!

France is a country in which there is an urgent and pressing need to create a public health lobby strong enough to balance the power of the wine lobby that has reached an incredibly close proximity with the President directly at the Elysée.

There is still a long way to go before political decision-makers become aware of the scale of harm caused by alcohol consumption and implement a real proactive and courageous policy to prevent and reduce harm, independent of economic determinants.

There are 41,000 deaths attributable to alcohol each year in France and alcohol has been shown to be the leading cause of hospitalization in 2012.

The success of the Dry January “à la française” challenge in 2020 is a source of great motivation for the addiction and public health field stakeholders to continue this type of campaign and to strengthen it.

It is to be hoped that the economic difficulties that affected the wine sector in France during the covid-19 pandemic will not revive the war between the “hygienists” and the “epicureans” and lead to slowing down the implementation of the next campaign in 2021.

Get to know Mickael

Other recent posts by Mickael Naassila