We Are In Crisis: Canada’s LGBTQ+ Community, Alcohol Use and Covid 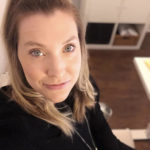 The weakening of policy around alcohol availability in Canada have been made in the name of saving businesses despite the fact that they have the potential to harm Canadians, especially those who are marginalized. The prioritization of profit over well-being when it comes to alcohol (during a global health pandemic) speaks loudly to the power of the alcohol norm and Big Alcohol.
In this opinion, Amy explores how the LGBTQ+ community is hurt by the weakening of alcohol policies and by rising alcohol use during the pandemic.
Amy also exposes how supposedly safe spaces for the LGBTQ+ community are hijacked by Big Alcohol and thus made unsafe for already vulnerable people.

Despite recommendations from the World Health Organization to “stay sober” during COVID-19, alcohol sales and consumption have increased significantly during the pandemic in Canada; according to a NANOS report, 25% of Canadians are consuming more alcohol since the coronavirus struck. Unlike other countries that have reduced alcohol availability, in many places in Canada, access to alcohol has been made easier, including now being able to add alcohol to food delivery services – measures which will likely be harder to roll back in the future. The weakening of policy around alcohol availability have been made in the name of saving businesses despite the fact that they have the potential to harm Canadians, especially those who are marginalized. In Canada, the prioritization of profit over well-being when it comes to alcohol (during a global health pandemic) speaks loudly to the power of both Normative Alcohol Culture (NAC) and the influence of Big Alcohol. More on this and how it relates directly to the LGBTQ+ community later.

There are various factors which impact and support positive mental health and well-being and three of the most important determinants of this – especially for marginalized populations – are social inclusion, freedom from discrimination and violence and access to economic resources, all of which are negatively impacted for the LGBTQ+ community through on-going homophobic and transphobic oppression and discrimination. It should be no surprise that our community faces higher rates of depression, anxiety, self-harm, substance use issues, suicidal ideation, and double the risk of developing post-traumatic stress disorder (PTSD) compared to straight folks. What’s even more concerning is that in response to an Ontario-based survey, 77% of trans respondents reported having seriously considered suicide and 45% of trans respondents had attempted suicide. It goes without saying that when there are additional points of identity at play – race, class, ability and so on – the discrimination, oppression and resulting mental health distress is further amplified for those involved.

And this was the situation for the LGBTQ+ community prior to the coronavirus crisis.

The impact that COVID-19 has had on our community is vast and has intensified already existing vulnerabilities, notably in the realms of employment, financial stability and housing, leading to additional stress, declining mental health and increased alcohol use. According to Statistics Canada, the LGBTQ+ community:

Many have had to move back in with unsupportive family members, likely creating more stress and anxiety and negatively impacting mental health, which are often dealt with by turning to alcohol because it is ubiquitous, easily and widely available and sold to us as a solution for all our problems.

When we consider that social inclusion, freedom from discrimination and violence and access to economic resources are key elements for positive mental health and well-being, COVID-19 is serving to negatively impact or worsen the experiences of these for the LGBTQ+ community which will inevitably have a negative impact on mental health, alcohol use and addiction. I would love to be able to offer hard statistics on how exactly the community is fairing during this time but sadly, the data hasn’t been collected to date. We can safely assume that given the additional challenges, uncertainties and stressors that COVID-19 has brought, the situation has only gotten worse for our already vulnerable community.

When thinking about how and why addiction impacts certain people, communities and populations more than others, I often look to various theoretical approaches to make sense of the current situation. In the case of addiction within the LGBTQ+ community, I find the Dislocation Theory of Addiction (used heavily by Bruce K. Alexander in his book The Globalizaton of Addiction: A Study in Poverty of the Spirit) to be especially helpful in understanding the underpinnings of addiction that make members of our community more susceptible.

With a lack of community, mental health supports and healthy coping strategies coupled with the increased availability of alcohol, the situation for our community is quite critical.”

Social isolation, rejection and dislocation are common occurrences for many LGBTQ+ folks as many of us have endured rejection from family and friends resulting from our coming out. In addition to the dislocation that many LGBTQ+ folks experience as a part of their coming out and living in an oppressively hetero-normative world, COVID-19 has served to further fracture social connections and support networks via physical distancing and sheltering at home, thereby increasing the likelihood of addiction occurring or worsening already existing addictions. With a lack of community, mental health supports and healthy coping strategies coupled with the increased availability of alcohol, the situation for our community is quite critical.

Even within supposed “safe spaces” for the LGBTQ+ community, the power and pervasiveness of normative alcohol culture and Big Alcohol is strong.”

Even within supposed “safe spaces” for the LGBTQ+ community, the power, allure and pervasiveness of NAC and Big Alcohol is strong and is demonstrated by harmful actions taken within organizations purporting to support us. In Canada, for example, there is a not-for-profit organization called Get REAL. Their mission is to reduce stigma, discrimination and bullying of the LGBTQ+ community within schools, camps and workplaces and they are highly effective in this mission. However, in summer 2020 (6 months into a global health pandemic), they partnered with Muskoka Brewery in a campaign promoting “Born This Way” IPA, with a small portion of the sales going to Get REAL’s work.

While we can perhaps appreciate the catchy marketing play on the name of the product, upon deeper reflection, the messaging is not only quite harmful but irresponsible and opportunistic in its approach. “Born This Way” is a popular song by Lady Gaga, widely co-opted as a gay anthem about love and celebration of diversity. What this campaign does is conflate and equalize the celebration of queerness with the celebration and encouragement of the consumption of a highly toxic, highly addictive substance, which is wildly problematic and dangerous.

The product capitalizes on queerness and is ironically promoted and targeted to a community that struggles significantly with addiction.”

The product capitalizes on queerness and is ironically promoted and targeted to a community that struggles significantly with addiction. This is blatantly harmful and irresponsible for an organization with a mission of reducing harm (in the form of bullying, discrimination and stigma) for LGBTQ+ folks. Given its mission, it might seem evident that the organization would want to avoid a partnership and campaign like this as it may add fuel to the already brightly burning fire of addiction for many queer folks but that clearly wasn’t the case.

Even after the potential harm was clearly named and outlined for them, Get REAL not only still chose to uphold its partnership with Muskoka Brewery for financial reasons despite the negative impacts it has on queer folks, they also committed to running the same campaign (with the same problematic messaging and branding) in 2021, demonstrating again that they are willing to risk causing harm to the LGBTQ+ for the sake of fundraising. They also accept funding from Mill St. Brewery and ran a similar collaboration promoting another beer in 2018, highlighting that this wasn’t an isolated incident.

What the example of Get REAL demonstrates is how deeply ingrained the alcohol norm (or normative alcohol culture, NAC) is, how its harms are minimized at all costs (often for financial reasons) and how even within spaces that are promoted as safe for the LGBTQ+ community, significant harms are being done to community members by those who claim to support them.

This makes us question where truly safe spaces exist that are out of reach of the influences of Big Alcohol.

What is abundantly clear is that Canada urgently needs to improve its alcohol policy, focusing on the health and well-being of its citizens, especially those who are increasingly marginalized including the LGBTQ+ community, women, BIPOC, people with disabilities, folks experiencing homelessness, etc., rather than on private profit maximization for the shareholders and business executives of Big Alcohol. In addition, significantly more investment in mental health support services is needed, particularly for those who exist at the margins as well as others who are situated at the intersection of multiple sites of oppression.

If you are a queer person who is struggling with addiction, please know that you are not alone.

I invite you to reach out via Instagram or connect via my website, where I’ve also housed many sobriety and recovery resources and tools. The 1000 Hours Dry LGBTQIA channel on Instagram is another great resource for community.

When a Pandemic Is Not The Only Public Health Crisis: Alcohol and COVID-19 in the U.S.

Get to know Amy C.

Amy C. Willis is a Sobriety & Mindset Coach who supports women in reclaiming their power and freedom through sobriety. Amy comes to this work after struggling with alcohol addiction for 15+ years and losing her dad to his alcohol addiction. Amy is a dual-certificated coach and is also a certified meditation teacher and a certified EFT (Emotional Freedom Technique) Practitioner, which are modalities she brings to her work with her clients. The foundation of Amy’s coaching practice is radical honesty, mindset transformation, habit change and resilience building. Prior to coaching, Amy worked in HIV prevention research at various academic and global institutions and earned a Master’s degree in Interdisciplinary Studies from York University. In addition to coaching, consulting, speaking and writing, Amy loves to travel, read, build community, move her body and meditate. When Amy’s not working, she’s hanging out with friends, spending time outdoors or planning her next trip. Amy works with clients globally both in 1-on-1 and group coaching programs and calls Toronto, Canada home.