What Standing With Ukraine Is All About

In 2006, Kristina Sperkova led a European youth seminar in Kiev, with 30 young European from 16 countries, spending a week learning about diversity and the negative impact stereotypes have on our lives, improving intercultural understanding, strengthening solidarity and democracy.
In 2022, as Russia has attacked Ukraine, Kristina is thinking about the Ukrainian people she has met, the friends, and the helpful strangers.
In this thoughtful blog post, Kristina asks: How can the insights of idealistic European youth be used for this devastating moment? And is there hope emerging from this difficult time?

I was in Ukraine in 2006 for a European sober youth seminar. It was April, exactly 20 years after the Chernobyl disaster. The 20th anniversary of the nuclear explosion was hanging in the air which has made the experience of being in Ukraine stronger, more emotional. We were all aware of the human disaster that had taken place two decades ago and we felt more respect than usual for the normal, catastrophe-free life that we got to witness in 2006.

We happened to be there around the Orthodox Easter holidays which meant, that the huge building we stayed at (a nursing home) was very cold. As it was empty during the holidays, the providers turned off the heating and somehow did not consider that soon 30 young people from around Europe would arrive for a youth seminar and would certainly appreciate some warmth. We solved the main problem by purchasing sleeping bags for participants as additions to the blankets and bed sheets that had already been in the rooms so everyone could keep warm during nights. The sleeping bags followed with the seminar participants also during the day and I still see my friends in front of me, sitting on the floor, wrapped in the sleeping bags and discussing Orange revolution, national identity, psychology of prejudice.

The seminar was about diversity and the negative impact stereotypes have on our lives. I do not know whether it was the topic of the seminar, or the cold building or a combination of both that has brought us together but this has been one of the events that are deeply written into my memory. Although it is 16 years ago, I still hear the laughter and remember a joke that was running around during the whole week. I remember who hooked up with whom. I remember what people were wearing. I remember what people said. None complained about the cold, because we knew we were in a country where people had gone through worse things than some discomfort due to few degrees less than we were used to. The cold has been a reminder that we should be thankful for such basic things as well-heated buildings.

I am thinking about the Ukrainian people I have met then. Our friends who helped to arrange the seminar. The bus driver who drove us to the city for the excursion. The lady in the grocery shop who has sold us refreshments for 30 young people.

Where are they now? Right now.

Are they hiding in the subway?

Are they still in the country?

Are they prepared to fight?

Mr. Putin has attacked a sovereign nation that has repeatedly shown its yearning for democracy. The citizens of Ukraine have several times only in the short period of the 21st century rejected dictatorship that Russia tried to impose on them. It has cost them many lives but they persisted and became even more committed to what they want and how they wish to live their lives. That is a strong blow to a person whose only vision is the history long gone. The war Putin has decided to wage on Ukraine is a war against people who dared to disagree with dictatorship. He is killing civilians, bombs hospitals and other non-military objects. Putin’s war is not “just” about the territory of Ukraine. He wages a war against the whole democratic world that stands between him and his dream of a Great Russia where there is no space for freedom and solidarity. Since the assault on Ukraine on February 24, Putin’s previous actions and numerous aggressions large and small are being viewed by many with benefit of hindsight. Putin’s efforts to sow discord in our societies, undermine democracy, spread propaganda and conspiracy ideologies have actually been succeeding in many ways in recent years. Now he has brought war to Ukraine and Europe and I hope fortunes are changing and winds are turning.

Why would I dare to write something like that and how do I mean it?

Rising authoritarianism, declining democracy, and Western leaders seem inept to do anything about it

Democracy has been losing ground for many years now. We could see it in the U.S. during the Trump administration. We can see it in several countries of the European Union. Democratic principles have been undermined. The extreme right has been louder and louder and more and more normalized, getting more space in the traditional media, in state media channels. Even democratic parties have started moving their positions to serve nationalist notions. They have started normalizing hostility towards other people, other countries and individualism and consumerism got to thrive while active citizenship has been gradually disabled. Putin was winning the hybrid war. Lies have taken over our discourse. Scientific evidence has often become irrelevant. He was successful in sowing hate and doubt between people, between political parties. We were close to forgetting the value of freedom and the social contracts we have made to be able to live free. We started forgetting that the only way forward is mutual trust that we all need to contribute to building it, and that trust and freedom are extremely fragile.

On February 24 we woke up to a war. We also woke up to a new world and I believe we woke up from a nightmare. A nightmare where countries of this world for several years had played only for themselves. Where their decisions were unsustainable and have led to dysfunctional relations and dependency on autocratic regimes and oligarchs. It was a nightmare because everyone seemed to accept it and just live with it.

Now we woke up to a harsh reality, tragic events. But political leaders are finally leading. We can take bold action now. On February 24, 2022 we woke up and we could see world leaders coming together and coming to agreements based on values of democracy, social justice and freedom despite the costs we all know we will carry. Big Tech is blocking Russian propaganda, western companies are cutting their ties to Russia. Sports associations are distancing themselves from Russian aggression. Putin’s assets in Europe are being frozen. Good hackers are breaking into Russian broadcasts.

People from different countries are in the streets manifesting their rejection of Putin’s war.

They are bringing food and essential items for Ukrainian refugees.

No compromises. Putin’s action is unanimously condemned. Everyone who can, wants to contribute to peace and give Ukraine hope.

Standing for something, standing together

I admire the incredible courage the Ukrainian people are showing us all. They do not fight only for Ukraine. They actually fight for democracy in the world.

I also respect all Russians who express themselves against the war. Thousands of them have already ended up in prisons. They know it is a life-threatening act and they still stand up to the aggressor.

In times like these, many of us feel we need to do something. How can we help? There are already some lists of how to help:

When we were in Ukraine, in 2006, we played a game. We all stood in a circle, we had a ball of thin rope that we passed to each other so everyone would hold a part of the rope and in the end we all would be connected in one web. When one person pulled the thread, everyone else in the circle could feel it. My action affects your life.

That’s the world we live in and that’s the wisdom we need to start living by. Decisions our political leaders make have impact on all of us. Beyond the borders drawn on the maps. We are all one humanity, and we need to elect people who can understand that. We need to demand political decisions that keep us and our planet healthy. We need to demand decisions that value our collective freedom and that are based on the principle of solidarity. Peace and freedom are the most valuable assets we have and the most fragile ones. We can never take them for granted. We can lose them quickly. We need to treat them with love and pay attention to them all the time.

Today we stand with Ukraine and every day we need to stand together for peace.

Young Progressives Are The Biggest Hypocrites 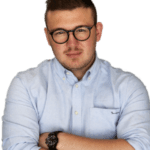 From Social Exclusion to Social Change. Anna’s Story of Overcoming the Alcohol Norm 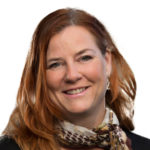