Media coverage of a brand new high-profile study supposedly showing light alcohol use brought better health, especially among older people, was swift and wide spread, and often accompanied by sensational headlines.
But how did several hundred authors publish a study in the pre-eminent medical journal The Lancet lose a million global alcohol deaths and nobody is raising concerns?
In this guest expert blog article, Prof. Tim Stockwell shares his detailed analysis of the famous new study. Prof. Stockwell dug deep into the appendix of the study and what he found is not pretty.
This timely analysis uncovers flaws, shortcomings, and methodological problems that cast doubt about the foundations of the study and its conclusions.

An Untethered Floating Castle High Up In the Air?

You may have seen the media coverage of a high-profile study in the pre-eminent medical journal The Lancet with several hundred authors confidently asserting that light alcohol use may be associated with better health, especially among older people living in developed countries (Global Burden of Disease [GBD] 2020 Alcohol Collaborators, 2022).

CNN, for example, picked up this line and ran with it:

If you are 40 or older without underlying health conditions, however, the new research found small amounts of alcohol might reduce the risk of cardiovascular disease, stroke and diabetes.”

A tale of two studies

… both studies had exactly the same pattern of results but just chose to interpret them differently. Both studies ignored increasingly mainstream scientific critiques of the idea that alcohol in moderation is good for anybody’s health.”

Much of the academic and media comment has been focused on the different slant of this conclusion compared with an earlier Lancet study by the same group which confidently concluded there was “no safe level of alcohol use” (Griswold et al, 2018).

In fact, a close reading of both studies shows they really had exactly the same pattern of results but just chose to interpret them differently:

Both Lancet papers show most observational studies find moderate alcohol use, among older people in developed countries especially, is associated with reduced mortality. As I will discuss later, both these studies ignored increasingly mainstream scientific critiques of the idea that alcohol in moderation is good for anybody’s health (e.g. World Heart Foundation, 2022).

Other flaws in the recent study

What has hardly received any comment as far as I can tell is that this new analysis lost 1 million alcohol-caused deaths globally!

The answer is simply a new, uncritical estimate of alcohol’s impact on ischaemic heart disease, a leading cause of death globally, was included in the new study.

Inspection of the new systematic review and meta-analysis buried in the appendix of this large new study indicates protection from heart disease was estimated for people consuming up to NINE alcoholic drinks per day! This is a massive amount of protection by any standard and is entirely responsible for the observed results so uncritically reported. The previous GBD estimates were that alcohol protected against heart disease up to about six drinks per day for men or women. Both these GBD estimates are anyway implausible as these levels of alcohol use a) greatly increases blood pressure, a well-established risk factor for heart disease and b) constitute binge levels of alcohol consumption which are known to negate the appearance of cardio protection. Other estimates in peer reviewed meta analyses have estimated apparent cardio-protection up to just ONE alcoholic drink per day (Zhao et al, 2017).

The estimation by the study authors that consuming up to NINE alcoholic drinks per day would provide protection from heart disease is entirely responsible for the observed results – 1 million fewer alcohol-caused deaths and ‘moderate’ alcohol use being healthy for older people.”

What often is also overlooked in these estimates is that the number of deaths reported are NET estimates, i.e. the net effect of deaths caused by alcohol minus those prevented, i.e. by apparent protective effects against heart disease, ischaemic stroke and type II diabetes. It may well be that lying behind the 1.8 million net global deaths reported are some 6 million deaths caused by alcohol and about 4 million estimated to be prevented due to “moderate” alcohol use. We don’t know.

I think the authors should be transparent about the actual numbers as this makes a massive difference – especially when protection against heart disease (and by extension ischaemic stroke and diabetes) is so controversial.

The GBD group should be reporting estimates on both sides of the ledger – and then very quickly go on to say the science behind the protective part is so controversial that the leading international body concerned with heart health issued a report early in 2022 (World Heart Foundation, 2022) critiquing this evidence.

Sherk et al (2019) used the more modest 2016 GBD estimates for protection against heart disease to provide a full, more transparent accounting of deaths caused versus prevented by alcohol use, for both Canada and Australia.

Again, when the deaths prevented are so controversial and uncertain, reporting gross alcohol-cause deaths and not hiding these behind net figures provides a fuller accounting of alcohol’s actual harm to human health.

So what is really going on here behind these wildly changing estimates of alcohol’s impact on heart disease, stroke and diabetes? These diseases together account for almost half of all deaths globally and so assumptions about risk relations with alcohol are critical.

Heart disease (the most prevalent of these three conditions) is a disease of older people. The great majority (about 80%) of studies estimating alcohol’s impact on heart disease compare health outcomes for current alcohol users against people categorised at the time of the study being undertaken as “non-drinkers”. This will include former alcohol users, many of whom are referred to as “sick quitters” i.e. people who become unwell and quit alcohol consumption as result. It is well established that as people age they are increasingly likely to become non-drinkers for these reasons. This means that as a cohort ages, the non-drinking comparison group becomes less and less healthy and thereby makes surviving alcohol users apparently more and more robust.

While the new Lancet study claims to have taken account of “sick quitter” effects, no details are given about how this was done. As I will explain shortly, to fully take account of these effects anyway goes far beyond the usual remedy of removing “former alcohol users” from non-drinker reference groups – a practice that is more common in modern studies but by no means the universal.

This is not just an abstract theoretical problem. It is demonstrably the case that studies of older cohorts (e.g. above 50 years at intake) display massive apparent cardio protection, whereas younger cohorts followed up to at least 55 years of age (when they start to be at risk of heart disease) show little or no cardio protection (Zhao et al, 2017). There is much less opportunity in these latter studies for lifetime selection biases to occur whereby the ill-health of former alcohol users will make continuing current alcohol consumers look healthy by comparison. It should be a basic quality criterion in selecting studies that such effects are minimised and this clearly has not been done in the new GBD study.

It should be a basic quality criterion in selecting studies that such effects are minimised and this clearly has not been done in the new GBD study.”

There are also biases that hardly any published study has controlled for when making these estimates.

There is likely substantial underestimation of the burden of disease due to alcohol use across the whole spectrum of alcohol-related diseases, including liver diseases, cancers and strokes.”

I conclude that despite the massive amount of work involved by the GBD study group in making these estimates, the impressive list of many hundred co-authors and publication in the pre-eminent journal The Lancet, the foundations of these estimates are extremely weak and the conclusions reached are misleading.

Failure to fully acknowledge mainstream professional and credible scientific critiques of the cardio protection hypothesis will have the global alcohol industry applauding loudly and will doubtless encourage millions of older people to consume alcohol believing, likely falsely, that it will protect them from ill-health.

Finally, only reporting estimated alcohol attributable deaths net of these controversial lives saved results is a gross underestimation of the true global burden of disease from alcohol and is a disservice to public health.

About Our Guest Expert

Professor Tim Stockwell is a scientist and emeritus professor. He held the position of director of the Canadian Institute for Substance Use Research (CISUR, formerly the Centre for Addictions Research of BC) since its inception in 2004 until 2020. He has also been a professor in the Department of Psychology at the University of Victoria since 2004.
He has published over 400 research papers, book chapters and monographs, plus several books on prevention and treatment issues.
Professor Stockwell’s research interests include: prevention of alcohol and other drug related harm; regulatory policies to reduce alcohol-related harm; measurement of alcohol consumption and related harms. 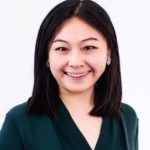 Get to know Guest

World class experts in the fields of alcohol-related science and policy, as well as Human Rights, sustainable development, civil society and corporate accountability share their insights, analysis and solutions in compelling blog posts…

Other recent posts by Guest Expert