Sales over Safety of Girls? The Alcohol Industry’s Exploitation of “Beer Promotion Girls” 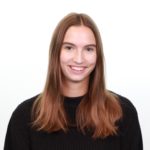 November 25 is a great opportunity to remember that the unethical practices of alcohol companies, such as Heineken, are not normal, and that people want change.
In this opinion article, Runa exposes the predatory practices of the alcohol industry to market their products and drive sales. And Runa makes the case that governments have a responsibility to put an end to the abuse of women and girls by Big Alcohol. Runa explores the solution to this overlooked Women’s Rights and Health issue.
Fortunately, governments not only have a responsibility, but also the power to act and to  ensure effective change.

November 25 marks the International Day for the Elimination of Violence Against Women, a day created to raise public awareness of the paramount problem of violence towards women. Most of us care for the safety and health of women and girls. Whether it be ourselves, women in our communities or abroad, we want women to be protected from harm. We want to live and work in healthy and safe environments alongside our loved ones.

Unfortunately, this is not the case for many women around the world. Violence against women and girls is a pervasive problem that sadly can be found in most spheres of society, not least in the workplace. The alcohol industry is no exception. Over the years, the alcohol industry has strategically implemented sales tactics that expose young women to sexual exploitation and dangerous working conditions.

Profit over protection of women and girls

For decades Big Alcohol has exploited girls in their quest for increasing sales. A common practice within the alcohol industry, notably in low-income countries in Southeast Asia and Western Africa, is to hire so-called “beer promotion girls”. These young women, some still in their teens, are a key component in the alcohol industry’s strategy to promote beer sales at bars and nightclubs.

The “beer promotion girls” are expected to mingle late into the night with intoxicated men, working with little to no safety regulations. Not surprisingly, these conditions are a recipe for sexual harassment, abuse and worse.

Studies show that these girls face significant sexual and reproductive health risks, not to mention risk of sexual abuse and rape. They are exposed to harassment ranging from verbal abuse to unwanted touching and threats of severe violence. In the case of Cambodia for example, some girls have been drugged by their clients while at work. Because of incredibly low wages, some girls are forced into sex work in order to make ends meet, further increasing the risk of contracting HIV and being subjected to physical and sexual abuse .

For years, civil society and the public health community have addressed the exploitation of beer promotion girls, but overall this is a largely overlooked – and for many unknown – human rights abuse undertaken by the alcohol industry.

The Case of Heineken in Africa

In his groundbreaking book “Heineken in Africa”, investigative journalist Olivier Van Beemen exposes the harmful practices of  the alcohol industry, diving deep into the unethical practices of the beer giant Heineken and their use of beer promotion girls.

Van Beemen uncovers how girls are forced to work under dreadful conditions, in sexualized work uniforms, and how they are expected to accept sexual harassment as part of the job. Van Beemen exposes how girls are being abused not only by costumers at the bars and nightclubs, but also by Heineken employees:

…unwanted advances not only came from customers but also from Heineken staff. Often these girls, who earned less than half the income of a cleaner, had to sleep with managers if they wanted to keep their jobs. They regarded sexual acts as part of their job.”

Further, Van Beemen points to the aftermath of a day’s work as a beer promotion girl, showing how the harmful work environment has lasting negative health consequences:

But when it came to covering healthcare costs they had to sort everything out for themselves, spending most of their money at gynaecologists or (often illegal and dangerous) abortion clinics.”

Governments must stand up against Big Alcohol

November 25 marks the International Day for Elimination of Violence Against Women, but the work to protect women and girls from the alcohol industry’s predatory practices must become all year effort.

According to the UN Guiding Principles on Business and Human Rights governments have a responsibility to protect the people against human rights abuses by business enterprises within their countries. This requires governments to take appropriate steps to:

In many countries, alcohol promotion is not regulated at all, leaving the alcohol industry free to deploy their predatory practices and exploit girls and women to further private profit interests. However, by ensuring effective enforcement of legislation in this field, governments can stop this exploitation in its tracks.

The sad truth is that the alcohol industry will always look out for its own interest: sales over safety for girls and women. But the safety of women and girls should always be more important than the private profits of alcohol companies. November 25 is a great opportunity to remember that the unethical practices of alcohol companies, such as Heineken, are not normal, and that people want change.

Banning predatory alcohol marketing and sales practices is a key solution to increase the number of girls and women who are free from exploitation and free to thrive. By putting protective legislation in place, our governments have the power to set the priorities straight – for healthier and safer communities.

Get to know Runa

Hej! My name is Runa Annasdotter Neely and I am the European Liaison Officer at IOGT-NTO’s Brussels office.
In my work with alcohol policy advocacy on the European Union-level.
On a personal level, my interests lay at the intersection of gender equality, norms and alcohol.