The IOGT-NTO Movement in Sweden conducts development assistance work in South-East Asia with funding from Sida and Forum Syd. There is a regional office in Chiang Mai, Thailand that cooperates with civil society partners in Sri Lanka, Thailand, Myanmar, Vietnam, Laos and Malaysia.
Jens Wingren from the magazine of IOGT-NTO, Accent, has visited different projects in South-East Asia and the following are short summaries of the compelling work across different areas that the IOGT-NTO movement is supporting…

The IOGT-NTO Movement in Sweden conducts development assistance work in South-East Asia with funding from Sida and Forum Syd. There is a regional office in Chiang Mai, Thailand that cooperates with civil society partners in Sri Lanka, Thailand, Myanmar, Vietnam, Laos and Malaysia.

Jens Wingren from the magazine of IOGT-NTO, Accent, has visited different projects in South-East Asia and the following are short summaries of the compelling work across different areas that the IOGT-NTO movement is supporting: 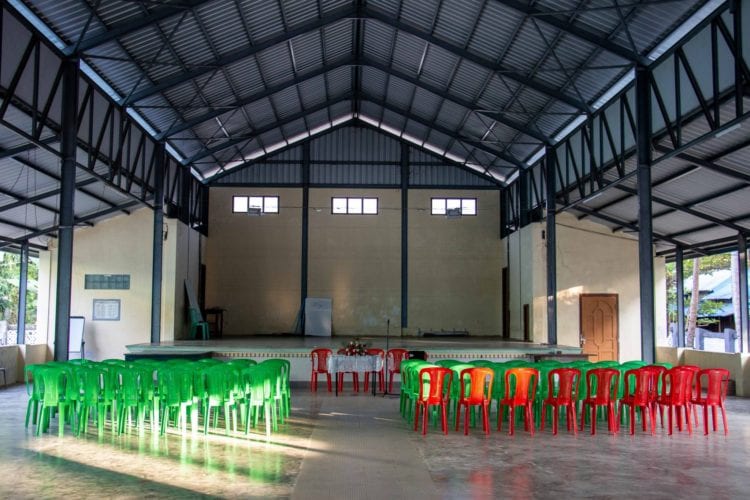 A series of interviews conducted by Myitta Lan, with children in a Myanmar village has found that they get beaten as a form of punishment and that they are often not allowed to play. This is mostly due to parents’ lack of knowledge and understanding that beating a child is actually abuse and detrimental to the child’s development.

But, the situation is changing with the efforts of the IOGT-NTO movement’s partner Myttia Lan. More parents’ are realizing it’s wrong to beat children and also are starting to consider their children’s feelings.

The NGO Myitta Lan is focused on working with the Christian rural population in villages where the Karen people liv. The Karen are one of Myanmar’s many minority groups and are even more vulnerable and exposed to alcohol harm, as Western alcohol producers have flooded the country.

After a discussion with the parents they have formed a committee to intervene for children’s rights in the village.

Parental alcohol use also leads to neglect of children.

Another issue is easy availability of alcohol for children to consume.

Between 2012 and 2014, a project was carried out in Poe Lang with funding from the World Child Collection (Världensbarn), where the IOGT-NTO movement is a partner. Through the project children learned about healthy nutrition and their fundamental rights.

Opening pathways to recovery and sobriety

In Myanmar’s Pho Lang village, Myttia Lan has created an alcohol intervention committee that can gather the village and try to reach a consensus on how to deal with problems. Penalties have been reached for those who get alcohol intoxicated and cause problems. This has led to a reduction of violence and fewer motorcycle accidents.

In the Ohn Chang village, Myttia Lan works to prevent and combat alcohol dependence with the help of an intervention committee. They also have a system to fine people for consuming alcohol and causing problems. Reportedly, violence has reduced due to this intervention committee. The committee is also coming together to help people who have lost everything due to alcohol to help them resurrect their lives.

With the IOGT NTO movement’s support Myttia Lan works increasingly with the country’s alcohol laws, by providing grassroots-level evidence to national partners. Myttia Lan is also a part of the National Alcohol Policy Working Group for Myanmar. The country lacks national alcohol control legislation. Practically there’s not even an age limit, as enforcement is virtually non-existent. 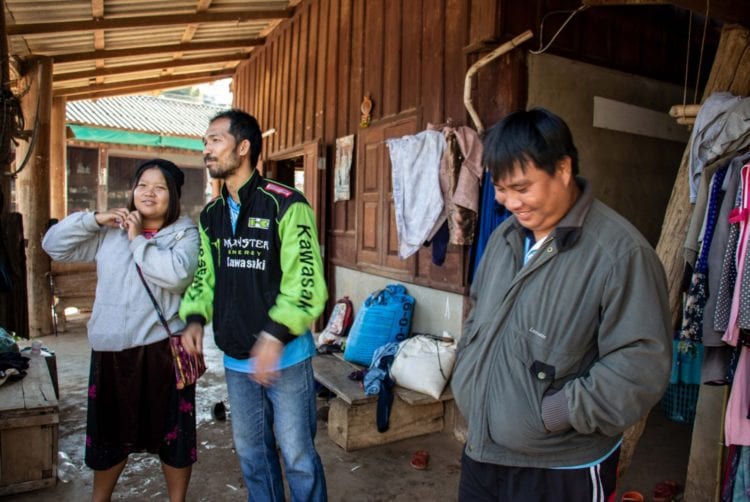 In Northern Thailand, with the help of the IOGT-NTO movement, youth have formed a network to connect and share their problems.

Many youth leave their villages for the city and bring back an alcohol culture with them. For those who stay, the future can look bleak among conservative adults.

New Botsalin Watnadorakon from Nong Trong is the newly elected leader for the network of youth in three villages in northern Thailand’s Pang Mapha district. The network discusses issues that youth face such as early pregnancies and provide advice and support for other youth on these issues.

Youth from the network also work to create a future in the village and share it with other youth.

The youth network has been organized with the help of CLANPO, one of the partners of the IOGT-NTO movement in Thailand.

Alcohol law in Vietnam watered down by Big Alcohol influence

The IOGT-NTO movement has been involved in Vietnam’s alcohol policy development since 1996, primarily to support the development of an evidence-based, comprehensive alcohol law. But after coming into contact with a local group that later came to form IOGT Vietnam, work was established on site in 1998.

Johan Bengtsson is a program manager at the IOGT-NTO’s regional office in Chiang Mai and has followed developments in Vietnam for several years.

On January 1, 2020 the new alcohol law in Vietnam came into force. Among other provisions the law included an 18-year minimum age for buying alcohol and a zero tolerance policy for blood alcohol when driving. However, as Mr. Bengtsson says, due to Big Alcohol interference the alcohol law was largely watered down.

The alcohol industry is aggressive in marketing activities and pushes into the country to increase alcohol consumption because the country provides a key gateway to the entire ASEAN region. The industry also uses corporate social responsibility (CSR) projects to boost their image and market their harmful products.

By offering politicians “education” on alcohol issues that primarily promote the industry’s own interests, they have succeeded in keeping effective alcohol laws away.

There are three scientifically proven tools to reduce alcohol consumption and related harm at the societal level:

Precisely these solutions are opposed and attacked by the alcohol industry.

It took several years of work to build the capacity of local organizations and policy-makers before an alcohol law finally began to take shape. But it was also then that the alcohol industry’s lobbying machinery was seriously activated.

For example, the early draft alcohol law did not allow internet sales. But after pressure from the alcohol industry, that changed. This has led Heineken to collaborate with the delivery app Grab, which works much like Uber or Foodora in South-East Asia.

However, Mr. Bengtsson is proud of the achievements of local partners in Vietnam.

They have done a fantastic job considering the strength of the alcohol industry,” said Mr. Bengtsson as per, Accent Magazine.

The IOGT-NTO movement aims to be active in the implementation of the new Alcohol Act and be active when the current laws come into review in five years. 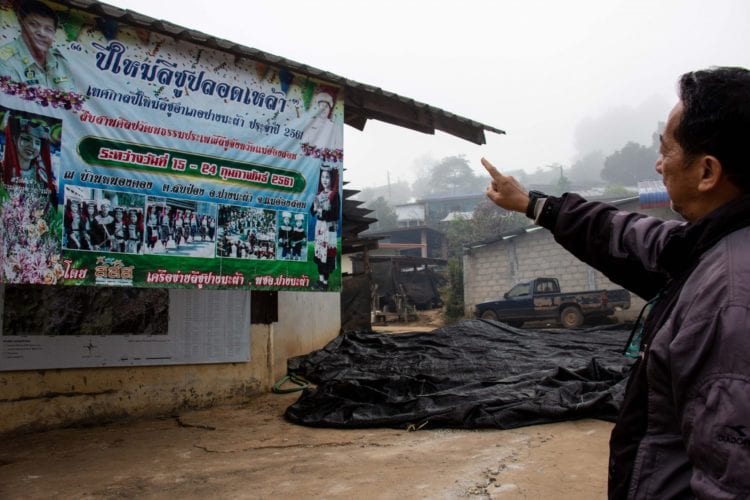 Naret Songkrawsook, head of the IOGT-NTO movement’s regional office in Southeast Asia (ROSEA) has been working in Thailand since 1988, first in mapping the drug situation in northern Thailand for the Thai authorities, later in combating opium cultivation with a German organization. For the past 16 years he has worked for the IOGT-NTO movement.

According to Mr. Songkrawsook, militant groups from Myanmar, both from the government and separatists, feed on the drug trade in what has been called the Golden Triangle, the area where Thailand, Myanmar and Laos meet.

In the region while methamphetamine is decreasing opium production is threatening to rise again.

A village that used to grow opium in the mountains of Thailand is Ban Maemu in Pang Mapha district. Most people in the village belong to the lisu minority.

In Ban Maemu, the IOGT-NTO movement’s partner organization CLANPO has been working on alcohol prevention for 4 years.

Since discontinuing opium cultivation 30 years ago, Ban Maemu has gone through several cycles of crops recommended to them by outside actors. Starting from coffee to beans then ginger and now corn.

Growing corn, however, has led to several problems in the village. Corn requires more space leading to more clearing of forests. There’s also the pesticides and fertilizer which erodes the earth and can be harmful to farmers. Because of the chemicals farmers have started using it as excuse to consume alcohol. The myth is that alcohol washes away the chemicals.

Many of the villagers are in debt from partnering with large companies to grow corn. Adding to this problem is the debt incurred by spending on alcohol. In the village alcohol is associated with all life’s ceremonies: weddings, New Year and pipi (a healing ceremony that calls back the spirit to the sick person) and funerals. The village’s latest funeral costs was over SEK 24,000.

In recent years, the women of Ban Maemu, with the help of CLANPO, have joined forces in a women’s group that pushed through the fact that alcohol is no longer an equally important part of the village’s ceremonies.

The next step for the group is to spread their concept to other villages as well and to tackle the alcohol problem in other ceremonies such as new year and weddings.