IOGT-NTO in Sweden has released a new report about alcohol harm during pregnancy and for infant health.
A key finding from the report, that is a collaboration between IOGT-NTO, Gothenburg University, and other expert groups is that preventing alcohol harm before, during and after pregnancy is a shared responsibility, including mother AND father…

IOGT-NTO in Sweden has released a new report about alcohol harm during pregnancy and for infant health.

The report is a review of international studies on alcohol, pregnancy and infant health conducted by some of the world’s leading alcohol researchers led by Dr. Harold Holder.

Of all the lifestyle choices people make in connection with a pregnancy, there is nothing more important to the child’s future health and development than the choices the parents make about alcohol.

A key finding from the report, that is a collaboration between IOGT-NTO, Gothenburg University, SFAM, Actis, Alcohol & Society, MHF, Hela Människan, the Swedish Free Churches, and the Swedish Blue Cross, is that preventing alcohol harm before, during and after pregnancy is a shared responsibility, including mother AND father. It is an important issue of equality.

Foetal damage is one of the clearest examples of the second-hand harm caused by alcohol (harm to others). The cost of FAS (foetal alcohol syndrome) in Sweden is estimated at SEK 14 billion per year. The biggest share of these costs derive from support provided by society to people living with the consequences of FAS. The report shows, for instance that the effects of prenatal alcohol exposure on foetal development are stronger than those from tobacco use, use of other psycho-active substances and exposure to other hazards such as lead and radiation. 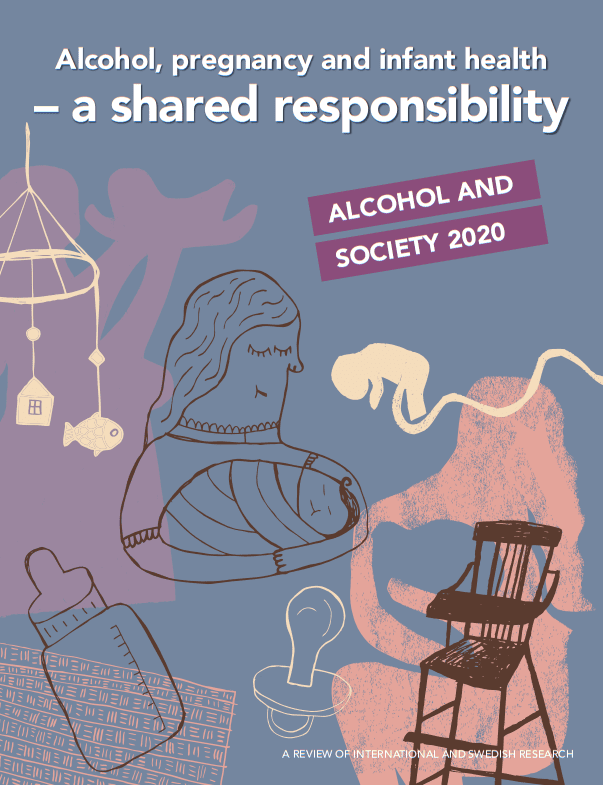 Many professionals and experts in the field of public health in Sweden have been calling for increased awareness concerning the risks of alcohol. The report aims to provide much needed information to help parents prevent and reduce risks of alcohol harm.

The report focuses on the shared responsibility of both parents and the gender equality aspect of in terms of pregnancy and infant health.

Some key facts from the report:

Consequences of alcohol exposure in connection to pregnancy

Alcohol use in the time surrounding pregnancy