One the participants at summerLEAHP 2019 was Karianne Sveistrup, from Juvente in Norway, where she is also the deputy leader of the organization.
On returning home, Karianna wrote a travel letter to the members of Juvente about her summerLEAHP experience, that we share here with all young, emerging change-makers…

A travel letter from Ljubljana

In June 2019, Karianne Sveistrup, Deputy Leader of Juvente Norway, was given the opportunity to go to Ljubljana, Slovenia to participate in the first ever summerLEAHP, a week-lomg summer school seminar organized by our umbrella organization IOGT International, together with, Utrip and the Slovenian Ministry of Health. Karianne joined students from 14 different countries from around the world to discuss all things related to the prevention of alcohol-related harm.

The week was filled with a packed program and exciting participants from all over the world.

The week started with a welcome dinner on Sunday evening. During this dinner, we already started the conversation about our expectations for the week, our thoughts on how the alcohol industry works and the alcohol norm, and various other topics. 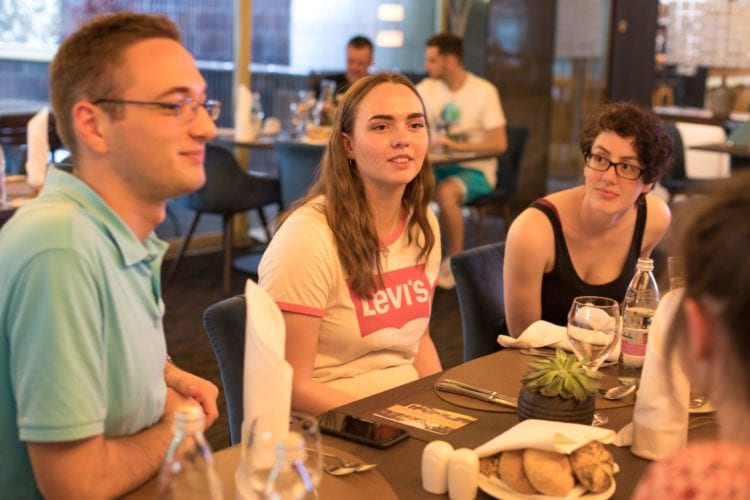 On Monday we started in full swing. We got into the topics from the first moment and started by introducing ourselves and what we thought our future prevention project should be about. The goal of summerLEAHP was that we should all create a project that we would then carry out at each of our universities.

For me, it was very interesting to hear about how the alcohol norm among students was like in the different countries. After we got to know each other and the places we came from, we worked on some topics most of you recognize from Juvente’s summer camp. Among other things, we discussed, raised awareness of and sorted out common myths and misconceptions many people might be holding about prevention, alcohol and alcohol policy. And we talked about important values and expectations. Afterwards we went up to Ljubljana Castle to explore that area, followed by dinner.

On Tuesday we worked a lot on exploring the reasons of why prevention matters, what works and what doesn’t work in prevention and what to think about when implementing prevention interventions and programs. During these sessions, we discussed the principles of prevention quite carefully and also how a prevention project should be structured.

In the evening on Tuesday we first had a fancy dinner on the 10th floor of a skyscraper in Ljubljana. The view was absolutely amazing! This dinner was followed by a wonderfully fun Sober Sensation party on the floor above. Sober Sensation is a concept from Germany where the focus is on arranging an awesome party, which is completely alcohol free.

Wednesday, we had several lecturers who came from outside. The first was Ana Carina J Ferreira Borges Bigot who works with alcohol and other drugs at WHO Europe. Carina was also part of the committee that developed Portugal’s decriminalization model that many in Norway look to in the context of the forthcoming reform of Norwegian drug policy.

The next speaker was William Ntakuka, a specialist in substance use prevention from the Students’ Campaign Against Drugs (SCAD) from Kenya. He began the conversation about how the alcohol industry works in sub-Saharan Africa, sharing appalling examples of the beer industry’s corporate social responsibility schemes in Kenya.

This conversation was continued by Olivier van Beemen. He is a Dutch journalist who has written the book Heineken in Africa. Through the work on this book he has revealed the human rights abuses and exploitations of the alcohol industry, through focusing on Heineken’s business practices in Africa. Among other things, he revealed alcohol industry collaboration with dictators, tax avoidance and high-level corruption.

This day ended with a very nice trip to the city of Bled. A very lovely town quite far north in Slovenia. Here some of us, including myself, chose to throw ourselves into the water and swim around, while others chose to go to the castle to look at the view from there. 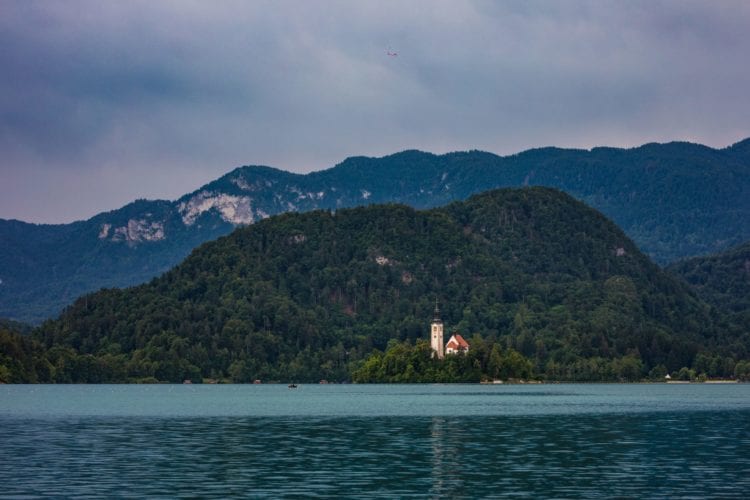 Thursday started with a lecture by Farida al-Abani. She is a Swedish activist, and in addition she is the leader of the political party Feminist Initiative. She focused on how young people today choose to use less alcohol than those who have been young before us. 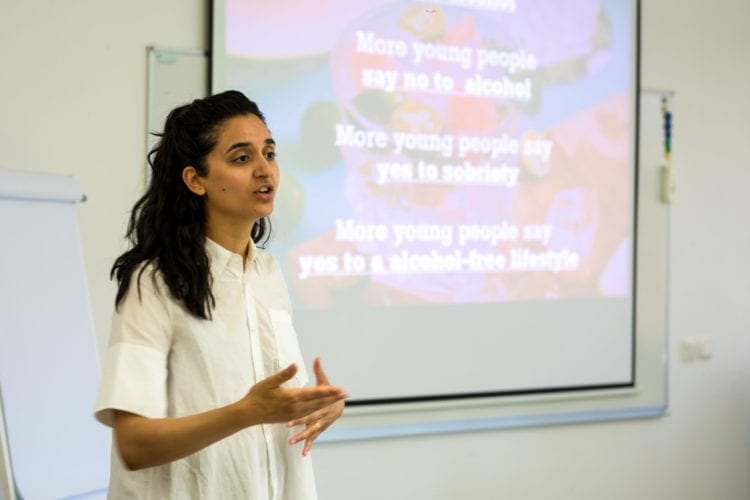 This session was followed by Professor Gianluca Sgueo from Italy who told us how we can best carry out a campaign to influence major decisions. The day ended with a session on what makes prevention effective or not.

Friday was the second last day of summerLEAHP. This day was started by Viktor Watz. He is a Swedish expert on exposing corporate practices, and talked about how companies around the world are relinquishing their responsibilities – using the alcohol industry as example.

This session was followed by a round of questions where we were given the opportunity to ask all the questions we had. Finally, we talked about the importance of evaluation, and why you have to take care to evaluate every project you carry out. 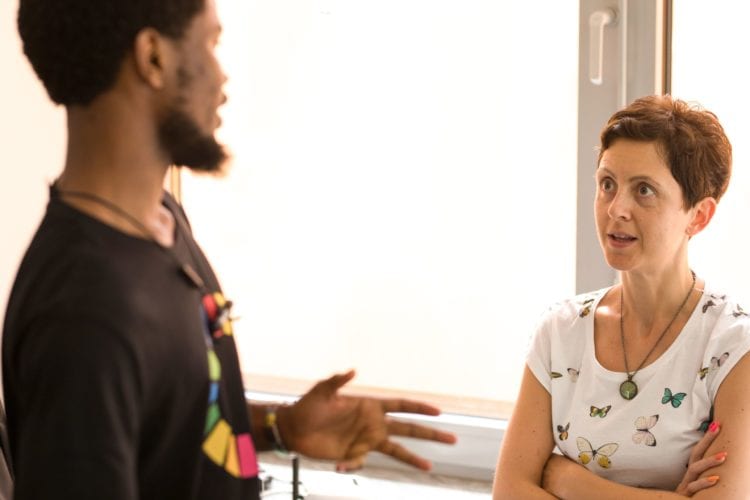 Saturday was the last day of summerLEAHP. Of the time we spent at the university, we dedicated most of our time presenting our project proposals. It was very interesting to hear about how the different countries intended to address the alcohol-related problems they had on their campus.

After the university session was completed, we gathered to take a bus to the Postojna cave. Here we first got a guided tour around the cave. The cave system is over 2 miles long and consists of limestone. Many large rooms and wonderful stone formations made this an experience we will never forget! The farewell dinner was held at a restaurant by the cave, where we were all given course certificates and nice words from the summerLEAHP organizers! 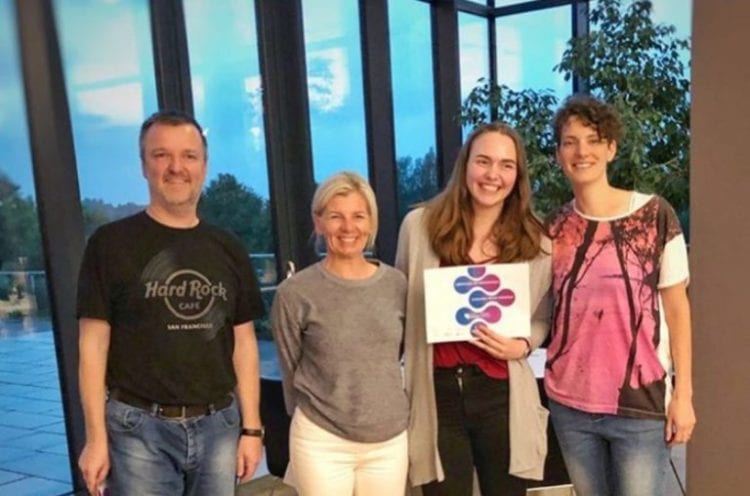 When the closing dinner was over, it was officially the final part of the summerLEAHP 2019 program.

It has been an amazing experience that I will not forget in a long time, and I would definitely recommend anyone to use the chance when you get the opportunity to attend events with IOGT International! You get to know incredibly valuable acquaintances and friendships with people from all over the world who are all interested in some of the same issues.

Thank you to IOGT International for this great opportunity! I look forward to the next time I get a similar opportunity. Let’s LEAHP!