The event “True Stories from the Middle East”, a collection of 6 testimonies of the migrants/refugees stationed in a refugee camp in Serbia, was held on January 25th in Šid, Serbia, organized by Center for Youth Work (CZOR)…

Center for Youth Work: True Stories from the Middle East

The event “True Stories from the Middle East”, a collection of 6 testimonies of the migrants/refugees stationed in a refugee camp in Serbia, was held on January 25th in Šid, Serbia, organized by Center for Youth Work (CZOR). People often referred to as “migrants” and “refugees”, spoke about their lives before the conflict in their country, about what made them take this road and about their present dreams and hopes.

Around 150 people attended the event and the program was complemented by projecting photographs from the life of the speakers before the exile.

Moreover, during the event, a short animated movie from the series “The ants” created by Center for Youth Work was presented to the audience.

Also guest speaker Ms. Dobrila Marković from the “Novi Sad Humanitarian Center” held a speech entitled: “The refugee crisis: How much are we willing to help?”

Young activists from Subotica, a town in the north of Serbia, also attended the event in order to learn and get inspiration for organizing a similar awareness raising activity in their town.

Together with volunteers and other guests, representatives of the Commissariat for Refugees of the Republic of Serbia, the Red Cross and local government also participated in the event. 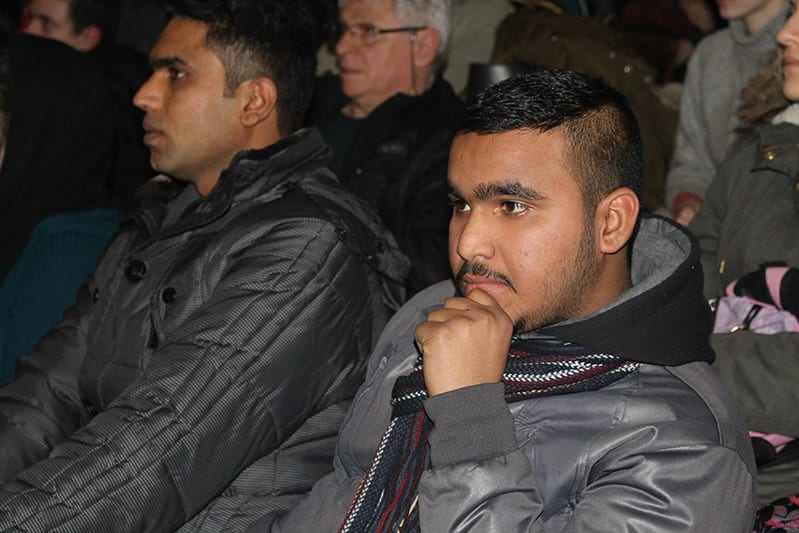 Purpose of the project

The project is a direct response to the on-going refugee crises in Europe. Asylum applications from Syrians in Europe have surged in 2015, fuelled by the country’s vicious civil war which shows no sign of ending.

Serbia in one of the countries that lies on the refugees’ route to the European Union. Thousands of children are suffering, and going through traumatic experiences. Difficult travel conditions and the struggle for mere survival on the way to escape war and find a better future are bringing many uncertainties and conflict situations. At the same time, some European countries regard these refugees as a threat to their culture, security and way of life.

Therefore, the purpose of this project is to ‘enhance refugee children’s rights through building tolerance and solidarity in local communities in Serbia’.

By organizing different community youth work interventions which are promoting health and safety, the project will ease the present situation for refugee children to go through this transition period as smoothly as possible.

As refugees from the Middle East are coming to Europe, they are exposed to alcohol-related harm. Europe is the heaviest alcohol consuming region in the world and refugees might feel compelled to take up alcohol consumption in an effort to integrate into society, and as a means of coping with problems and traumas. Therefore, the project also provides information to raise awareness about the real effects and harms caused by alcohol.

In alcohol-free environments an enabling space is created for participants to feel safe and empowered to make new intercultural encounters. The Mobile Youth Club will visit the places where children refugees are placed, with 20 volunteers and youth workers providing planned and organized activities for 1200 children.

In addition, the project will target local communities in Vojvodina, Serbia, conducting 12 out-reach dialogue meetings and public campaigns to help foster preconditions for acceptance, solidarity and tolerance towards different nations, cultures, and religions of the world, and, at the same time, promote health and safety as paramount for all children. 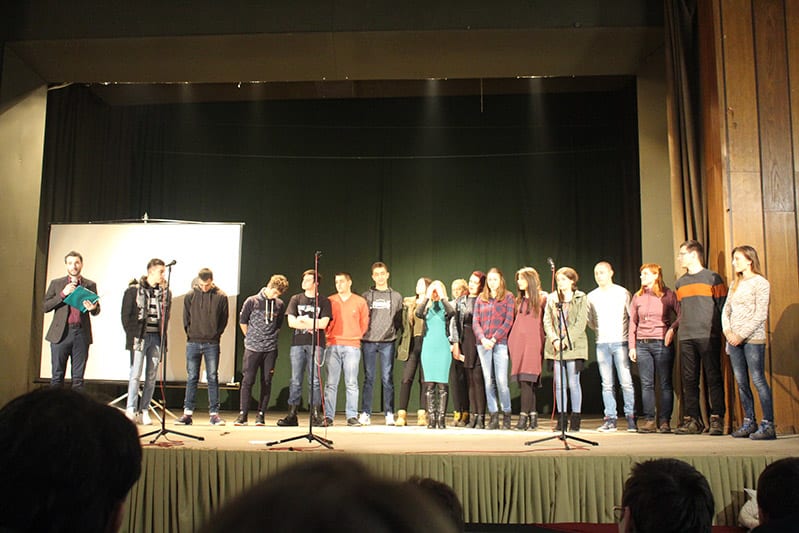 This project is funded by the UNDP, the IOGT-NTO Movement in Sweden and Radiohjälpen (Världens Barn).