This is a side event organized by WHO Europe on the margin of the 71st session of the WHO Regional Committee for Europe (RC71) and is co-hosted by Czechia.

The WHO European Region continues to have the highest levels of alcohol consumption in the world, resulting in the largest share of all deaths and burden of disease worldwide due to alcohol intake. Every day, around 2545 people in the Region die from alcohol-attributable causes.

Cancers attributable to alcohol use are a specific major health concern that has so far received insufficient public attention. However, lack of awareness of alcohol as a risk factor for cancer precludes wider public support for a range of effective policies to tackle this problem, such as reducing alcohol affordability and availability, or restricting alcohol advertising and promotion.

As with COVID-19, alcohol harm hits the most vulnerable hardest and exacerbates existing health inequalities.

Alcohol is no ordinary commodity and should not be treated as one. With the development and ratification of the WHO Framework Convention on Tobacco Control, alcohol remains the only psychoactive and dependence-producing substance with significant global impact on population health that is not controlled at the international level by legally binding regulatory frameworks.

To improve the health of all people in the European Region, leaving no one behind, a reinvigorated commitment to reducing alcohol consumption and alcohol-attributable harm was launched in early 2021. This initiative aims at building a safer European Region free from alcohol harm.

This side event will highlight the huge gap between evidence and policy action in the European Region and the need to scale up the implementation of relevant measures in order to reduce the burden of disease stemming from alcohol. Drawing on evidence from several WHO technical reports and consultations with Member States and civil society, the side event will focus on the relationship between alcohol consumption and implementation of the five high-impact areas of the WHO-led SAFER initiative3 in the Region.

The specific objectives of the side event are to:

The main message of this event is that concerted action and stronger political commitment by Member States, along with greater engagement of public health-oriented nongovernmental organizations, professional associations and civil society groups, are essential to ensure the effective protection of populations from alcohol harm.

This side event will feature facilitated discussions with senior politicians who have succeeded in implementing evidence-based alcohol policies and with civil society representatives.

A specially commissioned short film will act as a stimulus for discussions and will be used to build awareness of the SAFER initiative and help set an agenda for action. 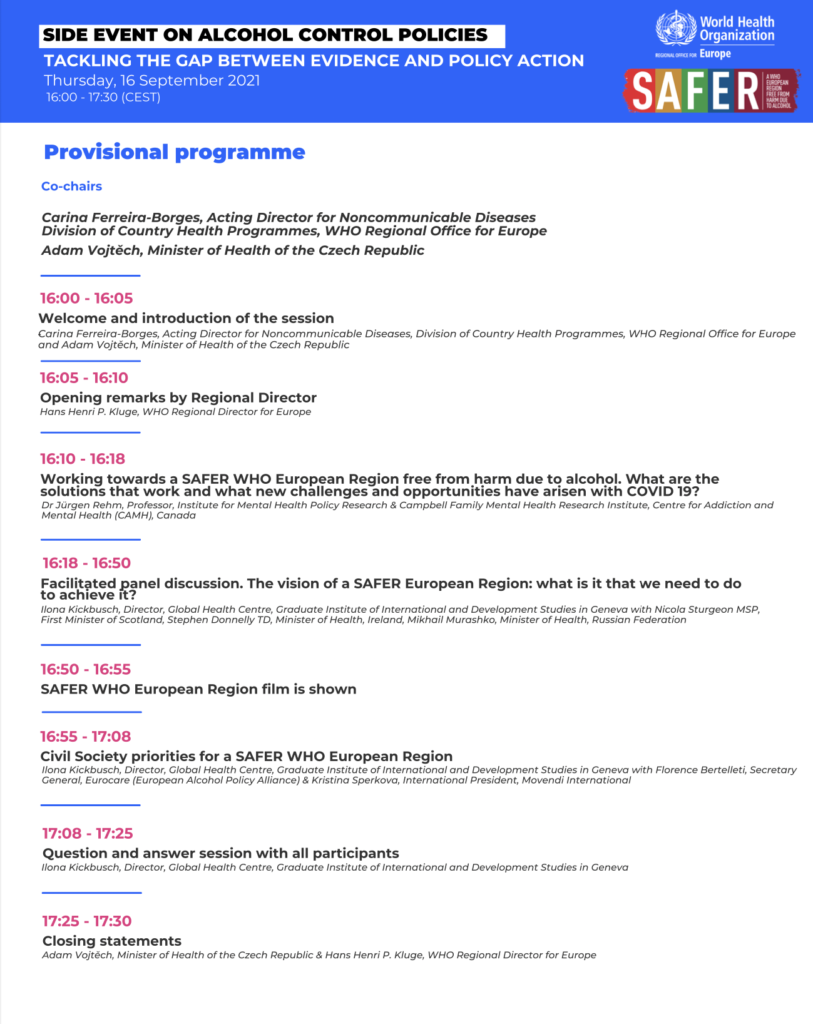 Participation is for the official delegates and invited speakers only.

The public can watch the side event live stream on WHO/Europe’s RC71 web page. 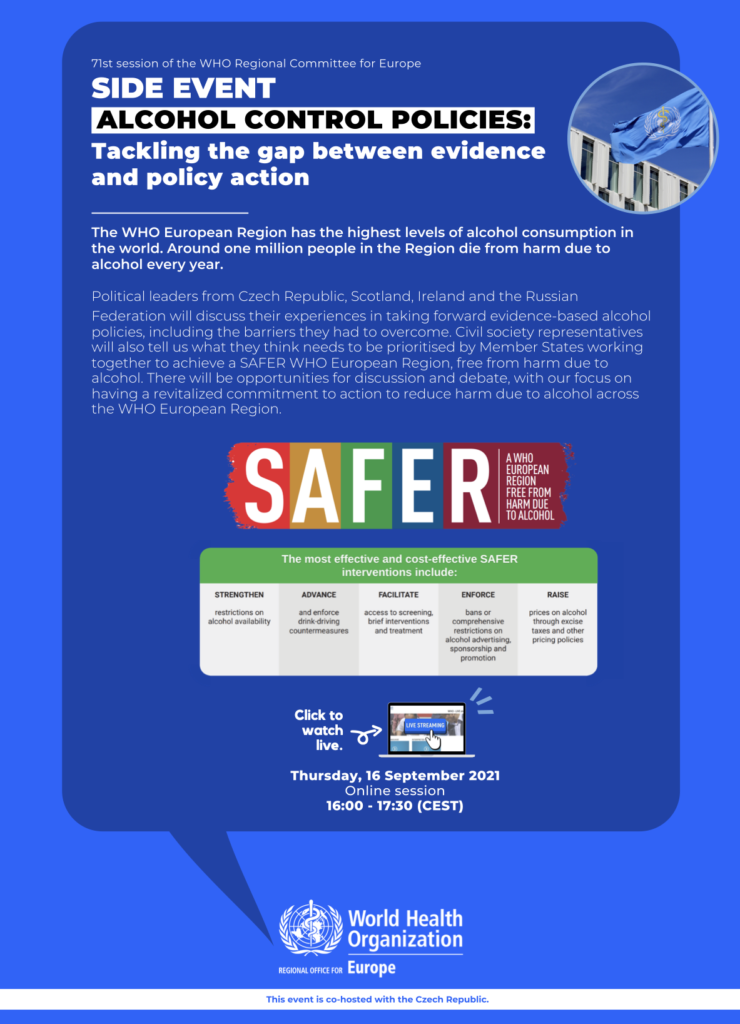