WHO Webinar: Alcohol Consumption and Inequalities

HOW A HEALTH PROMOTION APPROACH CAN HELP

This webinar is organized by the Less Alcohol unit of the health promotion department in the healthier populations division at the World Health Organization. It is part of the “Less Alcohol Health Promotion Webinar Series”.

Simultaneous interpretation is available in French, Russian and Spanish.

Evidence has consistently found higher vulnerability towards alcohol harm among those with lower socioeconomic status. Alcohol consumption – especially heavy episodic alcohol use – explains nearly 27% of the socioeconomic inequalities in mortality. As countries progress in their development, alcohol consumption may exacerbate disparities in the burden of disease attributable to alcohol.

Inequalities related to the harm produced by alcohol consumption are associated to multiple determinants, including the greater co-occurrence of obesity, smoking, lack of exercise, mental health problems, communicable diseases such as tuberculosis and HIV/AIDS, increased exposure to life stressors as well as the reduced access to and use of health services and social supports.

Models of policy interventions have shown that increasing alcohol taxes in New York City would proportionally benefit more the lowest income groups by reducing consumption and related violence. New zoning in Baltimore would reduce spaces available to alcohol outlets by 27.2%, mainly in high poverty areas. Moreover, reducing the number of alcohol outlets by one quintile would potentially result in fewer homicides and disability-adjusted life years.

In Scotland, the introduction of minimum unit price resulted in less alcohol purchased by lower-income households. In England, brief interventions to reduce high-risk alcohol use were delivered in primary care more often to economically disadvantaged groups, potentially contributing to a reduction in socioeconomic inequalities in health.

This session will reflect on recent evidence and illustrate initiatives across countries aimed at addressing the availability, affordability and acceptability of alcohol in socially and economically disadvantaged populations. The discussion will apply a health promotion approach to identify possible policy options for local and national public authorities, supportive actions by civil society and priority areas for future research by academia. 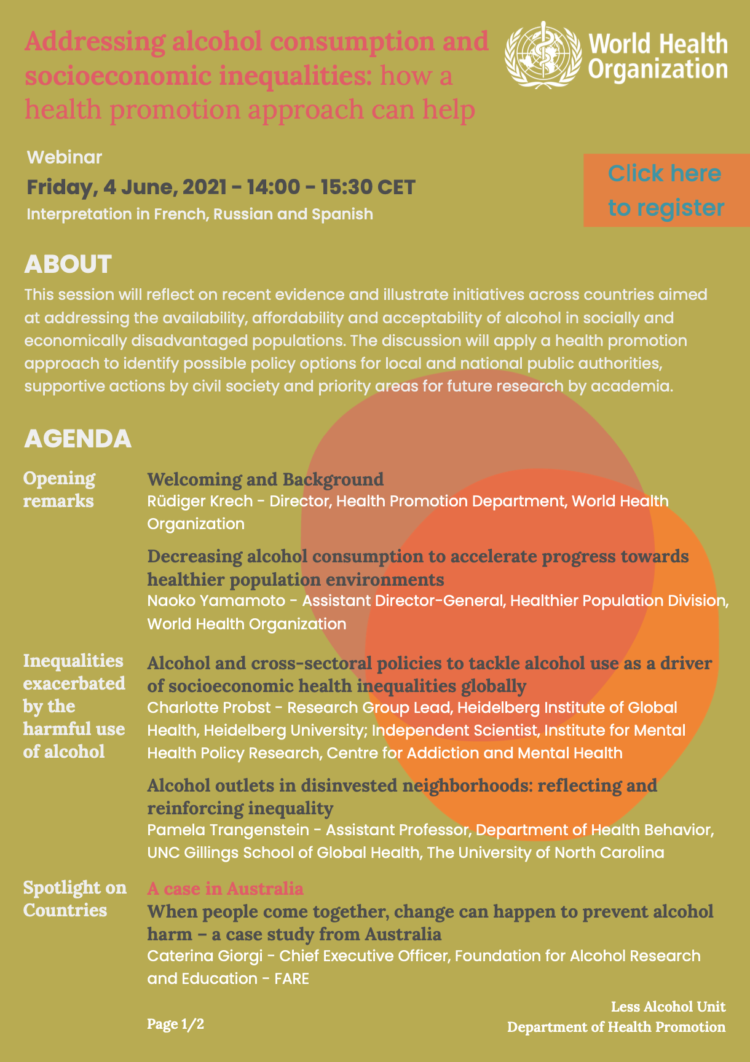 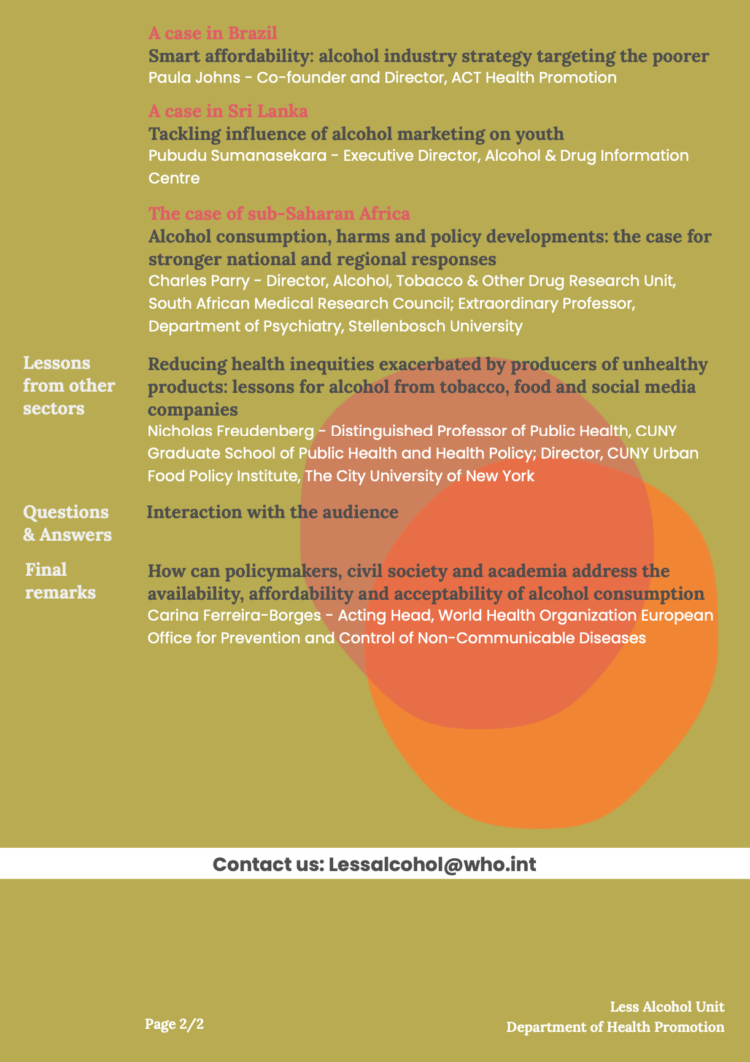 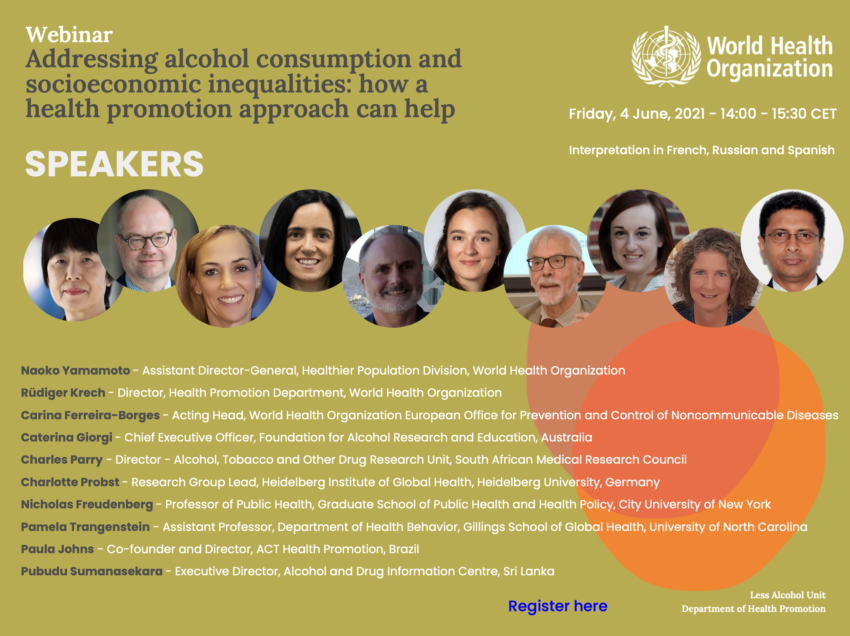 WHO Webinar: Alcohol Consumption and Inequalities