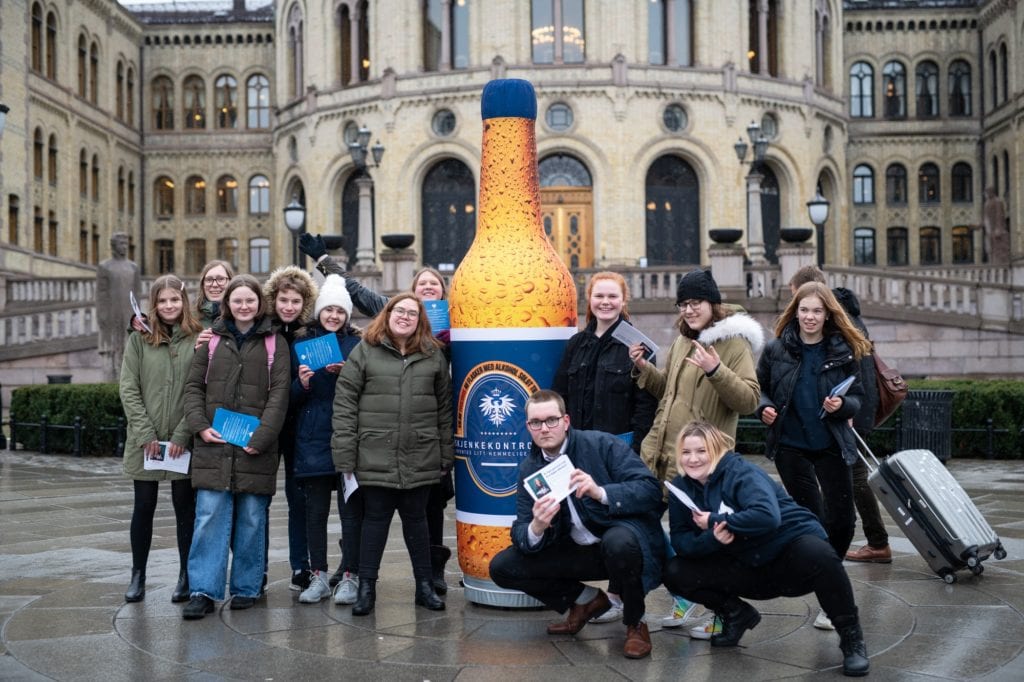 For the thirteenth year in a row, our youth member organization Juvente in Norway has been testing the compliance of grocery stores with the alcohol age limit concerning the sale of alcohol to minors.

In 2019, Juvente managed to conduct mystery shopping tests (“Sjenkekontroll”) in all counties of the country. Results are still problematic.

Now, the youth organization is demanding stronger measures to end the unlawful alcohol sales and to better protect young people.

Christina Babington, 21, President of Juvente, is not surprised by the results. In the course of the decade-long work Juvente has conducted, minors were able to purchase alcohol in 28% of their attempts. Juvente thinks this is of grave concern. The numbers show that law enforcement and compliance with the law has NOT made it more difficult for minors to buy alcohol over the years.

After thirteen years of “Sjenkekontroll” it is really disappointing to see so many sales to minors.

The stores are unable to shoulder the responsibility to ensure they do not sell alcohol to minors,” says Christina Babington, President of Juvente.

Juvente has been conducting mystery shopping (“Sjenkekontroll”) in Norwegian grocery stores since 2007. Although they see a slight decline from the previous year, they are still not satisfied.

The Norwegian Alcohol Act is very clear. Sales to minors should not occur.

Yet Juvente shows year after year that minor all too often get to buy alcohol in ordinary shops and the Vinmonopolet (the government-run alcohol retail monopoly) across Norway. Juvente says that adolescents are more vulnerable to negative consequences of alcohol consumption than adults, including violence and sexual abuse, and thus have a right to protection.

The age limit is there for a reason and the stores have a special responsibility for compliance with the alcohol law through the sales authorization,” says Ms Babington.

Obligation to identify everyone

In previous years, the Vinmonopolet has been the chain that has delivered the best compliance results in Juvente’s “Sjenkekontroll”. In the 2019 round of mystery shopping, Vinmonopolet sold alcohol to minors in over 11% of trials, which is a significant increase from the previous year.

This does not mean that Vinmonopol’s routines have become worse, but it shows that even their routines fail,” says Ms Babington.

It is clear that the current system of discretion does not work. Therefore, we believe that the best solution is the duty of identification for everyone, regardless of age. As long as the system is based on the store employee’s discretion, sales to minors will occur. The discretion must be removed.”

During the compliance tests, a minor enters the store, brings along alcoholic beverages and other groceries, and queues to pay at checkout.

The young people who participate in Juvente’s compliance tests make no attempt to appear older than they are, either by adapting their own appearance, or by purchasing typical adult goods, such as diapers. They simply behave as they would otherwise,” Ms. Babington explains.

If Juvente’s mystery shopper are asked about age, they don’t lie, and they never use false credentials. The compliance tests are thus a test of the stores’ own routines, without the use of tricks and manipulation.

Juvente on National TV discussing the results of the 2019 report 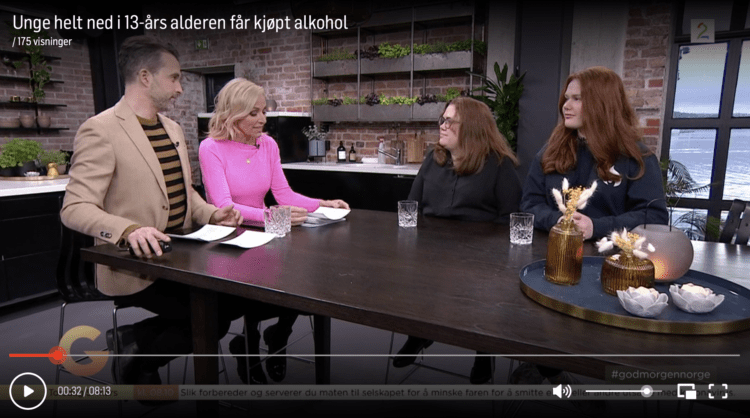