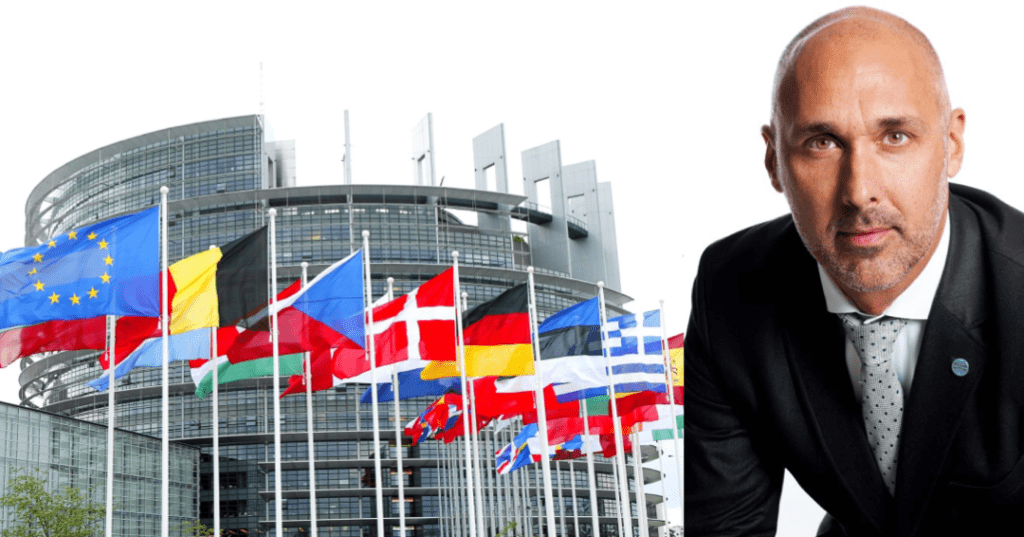 IOGT International member organization from Sweden, IOGT-NTO, has launched its Manifesto for the upcoming elections of the European Parliament. The EU elections are scheduled to take place between May 23-26, in all European Union member states, giving all EU citizens the opportunity to select their representatives and most important issues.

IOGT-NTO works to empower people in Sweden to understand the EU elections, and to go voting. IOGT-NTO also advocates for the European Union to adopt a more evidence-based and coherent approach to tackling pervasive alcohol harm in the region.Europe is the heaviest alcohol consuming region in the world, per recent WHO data. Therefore, IOGT-NTO has launched the following EU election manifesto:

IOGT NTO’s goal is an EU that contributes to and empowers Member States to pursue evidence-based alcohol policy as well as creates opportunities for research, knowledge exchange and cooperation in order to prevent and reduce alcohol-related harm.These are IOGT-NTO’s 10 recommendations to achieve the goal of a healthier and more sustainable EU:

Every year, the EU spends more than €200 million to support alcohol production and alcohol promotion through specific wine subsidies in the agricultural budget. In the short term, this money should go to helping wine producers convert to non-alcoholic farming. In the long term, the subsidies should be completely abolished.

Within the EU, alcohol excise duty is paid in the country where the alcohol is consumed and the societal costs of alcohol occur, except when private individuals themselves transport it across an internal EU-border. The exception leads to increased alcohol consumption, increased smuggling and negative alcohol excise duty competition between countries. This increases alcohol-related harm. Countries where this causes problems (e.g. Sweden, Denmark, Finland and Estonia) should be able to choose not to apply the exception.

3. Introduce a requirement for alcoholic beverages to be labelled with a message on the negative health effects of alcohol as well as caloric value and ingredients

The EU today requires that all foods be labelled with nutritional content and ingredients. Alcoholic beverages are given a special exception in labelling legislation. This exception should be removed and additional labelling required to raise awareness about alcohol as a health-harmful product. For example, an Irish-model text that informs about the link between alcohol and lethal cancers.

4. Counteract the alcohol industry’s influence over the EU institutions through stricter rules for lobbying from economic vested interests

5. Remove the loopholes for broadcasters broadcasting alcohol advertising from other EU countries

Alcohol advertising increases alcohol consumption, especially among young people. The EU currently has minimum rules for TV-advertising for alcohol within the EU. These rules are very weak and most Member States have adopted stronger legislation nationally. The EU minimum rules should be updated and strengthened. At the same time, EU legislation should not make it possible to circumvent national alcohol advertising bans.

6. Allow the taxation of wine by alcohol content and raise the minimum levels of alcohol excise duty in the EU

EU Member States with public alcohol retail monopolies may today set specific rules for cross-border trade in alcohol. At the same time, the European Commission has initiated a process to make it easier to sell alcohol over the internet. It is important that health and enforcement of public health legislation is given the highest priority in that process and that Member States’ public alcohol retail monopolies are not undermined by private distance sales.

8. Stop the special status of alcohol in trade agreements. Today, the alcohol industry benefits at the expense of other sectors

Trade policy is decided at EU level. The alcohol industry has used trade agreements to try to stop public health legislation in countries both inside and outside the EU. The Commission also expends negotiating capital and human resources to forward the interests of the alcohol industry. This means less time spent on other, less harmful, sectors. For example, alcohol is identified as an offensive interest in trade negotiations and staff hours are spent on specific wine and spirits annexes. As a first step, the alcohol sector should be de-prioritised and in the long run be completely excluded from EU trade agreements.

The EU previously had a strategy for guiding its work and supporting Member States in reducing alcohol-related harm. The strategy ran out in 2012 without being renewed, despite the demands of the Member States, the European Parliament and the EU Committee of the Regions. As part of the renewal of the alcohol strategy, money should be reserved at EU-level for international work to tackle alcohol as obstacle to development, as well as for alcohol research and support for civil society organisations that work with alcohol prevention and control at EU level.

10. Adopt an alcohol directive that prioritises public health. Ambitious alcohol policies should not be hampered by the internal market

Today, alcohol policy is affected by a variety of EU directives. Often, alcohol is included as a small part in a broader legal text. This means that experts in public health and alcohol prevention are often not involved enough when legislation is developed. The EU should gather its rules on alcohol in an alcohol directive, just as it has already done for tobacco. The directive should clarify that alcohol is not an ordinary commodity on the internal market.

*Disclaimer: This is a non-official translation of the Swedish manifesto. The Swedish language version takes precedence.